Photo credit: Associated Press. A migrant father and child, who traveled with the annual caravan of Central American migrants, rest waiting for access to request asylum in the US-Mexico border in Tijuana, Mexico

While the Trump administration stated that their policy is to only separate families when that enter the country illegally, the organization Pueblo Sin Fronteras claims that families seeking asylum at legal ports of entry are suffering the same fate, being forcibly separated from children, and kept in the dark regarding the whereabouts of their children.

Helpless, and hopeless, parents sit in detention centers worrying about the fate of their children with a recurring, horrible thought: where did they go, and why can’t we be told their whereabouts?

Human rights activists and politicians have demanded changes to these barbaric practices.

Below, are testimonials by Maria, mother of a 2 and 7-year-old, and Jose, a father of 1-year-old Mateo. Both parents detail the horrible experiences of having their children taken from them and being left in the dark.

Testimonial: “Maria”-Separated from her 2 and 7-year-olds at the border

Maria, came to the United States from Central America seeking refuge and protection. On May 2nd, she appeared before an official in the Tijuana immigration booth where she was detained with her two children. Five days later, she was separated from her children and was told they would be transferred to a shelter. Maria told Univision she was living her worst nightmare.

“On Tuesday around 8 a.m., someone called out my two children’s names. I went out to follow them and they told me, “ma’am, only they are going.”

They told me, “where there are more children.”

I told them, “ you cannot separate me from my children. They are mine.”

“Maria” a pseudonym used by Univision to protect the mother, recorded the audio from the detention center of Otay Mesa in California.

She told Univision that being separated from her children had been heart-wrenching especially since they are only 2 and 7.

“They gave me 10 minutes to say goodbye to them. I told them, “but why are you taking them from me?” They only told me, “where you go, they cannot go.”

“The eldest, when he heard what was going to happen started to cry. He told me, “Mommy I don’t want to go. I don’t want them to separate us.”

“The youngest one, when he saw his older sibling cry, also started to cry.”

Maria said that she had repeatedly asked the agents of the whereabouts of her children, but they did not give her the information. She told Univision that her children are somewhere in New York but she does not know where.

“I am beyond desperate. I get depressed because  I don’t have my children with me. I have not experienced a second of peace. Every night, I cry.”

Univision stated yesterday that they could not find the whereabouts of the children because the department of health and human services told them the information was confidential. 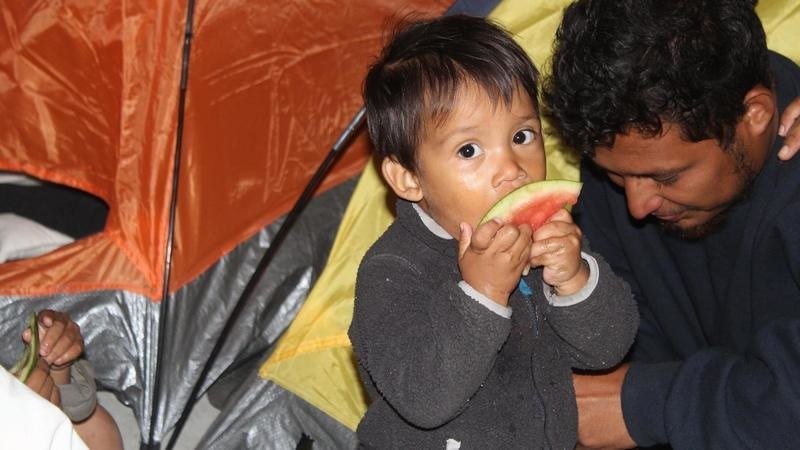 Jose Demar Fuentes, asylum seeker, and his 1-year old son, Mateo. Jose is a 30-year-old asylum seeker from El Salvador. His son, Mateo, is a 1-year-old. They were separated in San Diego. He has been sitting in detention for 6 months without any information of Mateo’s whereabouts. Pueblo Sin Fronteras started this petition to San Diego Field Office Director – Gregory J. Archambeault U.S. Immigration and Customs Enforcement (ICE) and 2 others

Jose, a Salvadoran asylum seeker who traveled with the Central American Caravan presented himself at the U.S. border to ask for asylum. He spent days detained at the CBP, Customs and Border Patrol. Jose expected to be released on parole with his 1-year-old son. Instead, he and the others were told they would be separated from their children. His wife, Neta, obtained audio of Jose’s frantic call from the detention center:

“When we got to San Diego they told us that they were going to separate us from our children. So we formed a group because we hoped that if we stood together we would have the strength to resist. We told them no, we don’t want to be separated from our children. The second time,  they told us in a more intimidating manner that they didn’t want to use force in front of the children, but they would have to if we refused to comply. We persisted with our children in arms, crying. It was no use. They came and they took them. And we couldn’t do anything about it. I asked for permission to call a lawyer or family members. They said, no, that we didn’t have any rights.”

Pueblos Sin Fronteras reports that 4 of the fathers are currently being held at the Otay Mesa Detention Center. Officers have not provided them with information on the whereabouts of their children.

At this moment, the health department has almost 11,000 children in government custody without their parents. This is 22% more than last month, reported Noticiero Telemundo on May 30th.

“The parents keep bringing them here for fear that in their countries they will become gang members or end up dead,” told Attorney Naimeh Salem to Noticias Telemundo.

The authorities report that the shelters are at 95% capacity. In Florida, shelters are preparing 1300 beds to accommodate children.

Jessica Rangel of the T.E.J.A.S group told Noticias Telemundo that Trump’s zero tolerance only benefits the owners of the hostels that charge $ 300 per child per day:

“It’s a business,” says Rangel, “as a result, they keep separating families.” 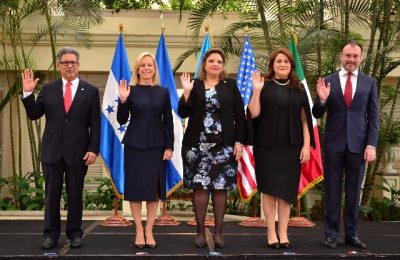 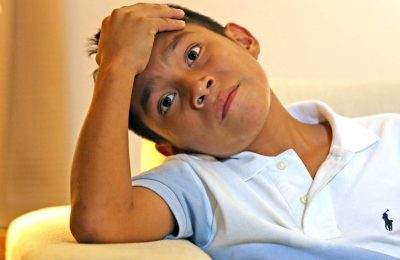