Babies in detention centers and parents deported without them. How will reunification take place?

Lourdes de Leon and her son, Leo Jean Carlo De Leon Lopez, 6, in happier times. They were both detained by US authorities and separated. Lourdes signed a deportation order to Guatemala after being told it would speed up reunification. Leo remains detained in New York. Lourdes is desperate to reunite with him. She was told Leo could be detained for 7 more months; this is if he is authorized to return home at all. Lourdes is now having to defend her role as a mother and her ability to provide for him. She raised him as a single mother his whole life. Photo. El Nuevo Pais.

Imagine having to fight the US government to reunite with your child who is detained in the US, while you have been deported to Guatemala. You only speak Spanish and have next to no information on the whereabouts of your child.  You can’t fly to the US to fight for him because you have been deported. All you have is your phone, an empty bedroom with your child’s toys, and a million agonizing thoughts. You are outpowered, and at the mercy of a government not invested in your family’s welfare. You brought your son to the US because you wanted him to grow up free and with opportunities. One month later, the country you thought would shelter you has detained your minor son and deported you. What do you do? 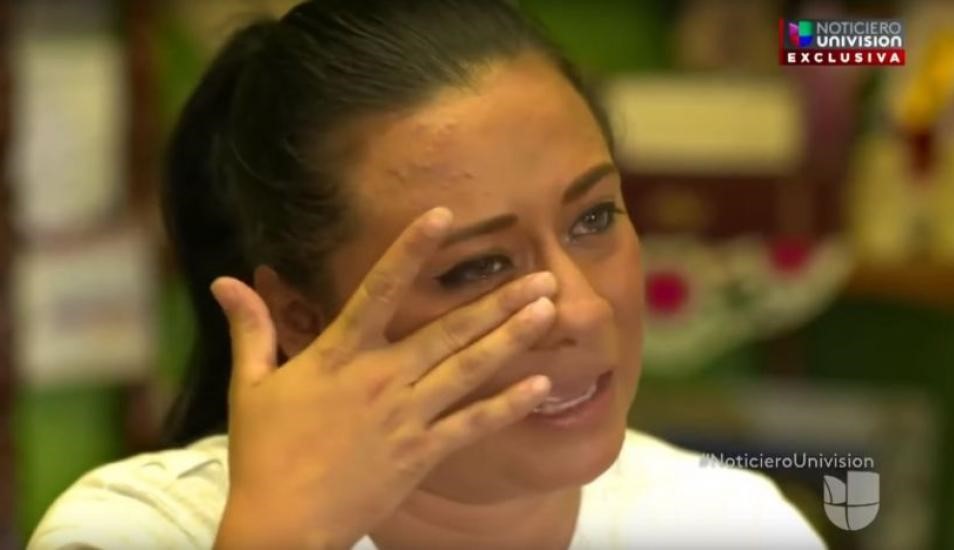 Two days after Lourdes de Leon crossed the US border, she was separated from her son, Leo, who is 6 years old. Later, she was deported to Guatemala, but her son remained detained in the United States.

Guatemalan Press, El Nuevo Pais, reports that Lourdes de León and her son, Leo Jean Carlo de León, were so close that they did not separate even when she went to work. As a single mother, Lourdes found a job that allowed her to sell clothes by going from house to house so that she could take her 6-year-old son with her.

“When I was detained they sent me to Eloy, Arizona. I was held there for 19 days. Since the first day I arrived, I started asking, “Where is my son? because since they took him from me I was not told a thing. I sent letters to immigration, saying, please, I need to know about my son. His name is Leo Jean Carlo De Leon Lopez. I’m desperate. Please send me the number and name of the social worker, I beg of you, please.”

Noticiero Univision reports that Lourdes eventually learned that six-year-old, Leo, had been transferred to a center in New York.

“A U.S. agent approached me and told me I had the option of signing my deportation. I thought that by signing it, I would be deported with my child. I wanted to return with my son, so I gave them his name and information. After filling out those papers, they told me that my deportation was going to happen in eight days and I asked them if they were going to deport me with my son and they said, yes.”

The moment of deportation came four days ahead of the announcement.

“They told me that if I decided to wait in detention, reuniting with my son would take between four or five months, but if I returned to Guatemala right away we would see each other in less than two months.”

Lourdes then signed the papers and she was deported back to Guatemala, she told, El Nuevo Pais.

It has been a month and six days since Lourdes was separated from her son and no one seems to give her a precise date by which this nightmare will end.

The story of Lourdes and Leo is no exception. El Nuevo Pais tells that many women held in detention at the border have reported being pressured into signing the deportation paperwork by being told it will speed reunification with their children. Since returning to Guatemala, Lourdes was told she and Leo could be separated for up to 7 months.

Lourdes is hoping that Leo will be home in time for Christmas.

The social worker told Lourdes that she could not promise that.

Today we learned that President Trump is planning to issue an executive order to end the separation of families at the border. After the order is issued, parents and children will be indefinitely detained together.

How will the children held in US detention centers reunite with parents who were pressured into self-deporting?