The Constitutional Court of Guatemala (CC) has declared Article 6 of the Law Against Femicide and Other Forms of Violence against Women, as partially unconstitutional.

A new resolution would allow the reduction of penalties for those who commit these crimes, which include the murder of women.

Deputies of the Congress of the Republic of Guatemala, @CongresoGuate, were joined by civic organizations, in condemning and rejecting the resolution.

Article 6  establishes that the aggressor is to be sanctioned with a prison sentence of twenty-five to fifty years and that the reduction of the sentence cannot be granted for any reason, nor can they enjoy any substitute measure.

However, with the new provision issued by the CC, a reduction of penalties for those who commit these crimes would be allowed.

“We reject any type of violence against women and any type of agenda that reverses the progress made in this area,” said Deputy, Alejandra Carrillo.

Representative, Karla Martínez, also raised her voice: “We are calling on the Human Rights organizations to ensure the rights of Guatemalan women. We cannot allow more fatalities or any type of violence against women.”

The representative of the Observatory on Sexual and Reproductive Health (OSAR), Ana Victoria Maldonado, stated that reductions in penalties may discourage women from filing complaints for fear of reprisals.

The deputies do not want protections for women in Guatemala to go backward. Together, they are analyzing the possibility of presenting a new legal initiative that reinforces legislation against femicide and strengthens public institutions that fight for women’s rights in Guatemala.

SEPREM, a government institution responsible for advising and coordinating public policy actions for equity in Guatemala, considered the ruling to be a setback for the eradication of all forms of violence against women.

According to Guatemalan law, the maximum penalty for murders of women is 50 years in prison. If the new ruling stands, penalties could be reduced. The decision of the highest court in Guatemala followed an action of partial unconstitutionality promoted by Manuel Alberto Chinchilla Solís and Ethel Katherine Girón Reyes.

Prensa Libre reported that data from UN Women released last year found that Guatemala is among the top five countries with the highest numbers of violence against women.

Between January and October 2017, 877 women were murdered, according to the Public Prosecutor’s Office. Last year, through September 30th, 1,034 girls under 14 years of age were reportedly pregnant after suffering sexual assault.

“In a country where murders of women have proliferated 800% in the last ten years, only our corrupt magistrates could have thought that reducing penalties for femicide would be a good idea.”

“Reducing the penalty for those who murder women is like saying that the life of the Guatemalan women is not worth much and any man can assassinate them in brutal form and continue on without maximum repercussions.”

One reader defended the court’s change and called women’s rights as privileged behavior: “Does our constitution say that some citizens are superior to others? It is incomprehensible that the lives of women are glorified as long as the main victims of violence continue to be men. Let’s not get caught up in the anti-constitutional trap of this type of demonstrations: in Guatemala there are citizens, not people with privileges. The death of a woman is no worse than the death of a man unless we accept the macho and sexist concept that women are decorations to be at home and therefore have a higher value than men.”

The comments following the news that the courts would relax penalties for those who commit femicide in Guatemala generated heated reactions from the readership. Most blamed a corrupt government, some accused a passive citizenry, complaining and watching in horror, but failing to act. Others, called for national consciousness-raising and a personal call to become political and to stand for what is right.

Javier C. summed it up: “We have a group of inept and corrupt people inside the ruling apparatus of our country. Women are dying at a rate of two per day. We are in a precipice of our own doing. We lack courage and as we know only those who take chances can change courses.

What have we, Guatemalans, become?” 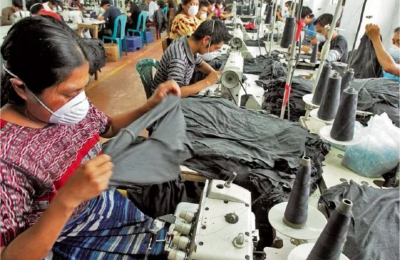 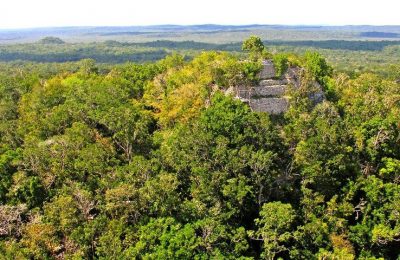