This meeting followed a series of commitments assumed by the Presidents of the Republics of Mexico, El Salvador, Guatemala, and Honduras resulting from the official visit of the Vice President of the U.S., Mike Pence to Guatemala on June 28th to discuss regional interest in migration and security.

The Central American consular leaders seek to collaborate and facilitate family reunification and prioritize the safety and well-being of migrant children and adolescents. Consular officials are focused on extending consular protections and assisting their citizens with the complex process of family reunification and for those who were deported, reintegration into society.

The consular representatives plan to join forces and coordinate campaigns in their own countries that inform migrants about the serious risks of irregular migration on their lives and their families. They also seek to collaborate and strategize to collapse human trafficking networks, reported the Ministry of Foreign Affairs of Guatemala.

The Government of Honduras is promoting campaigns to prevent child and adolescent migration by appealing to parents’ roles: “Child migration is child abuse,” and calling on local government and communities to do all they can to create safe and loving environments so that children and teens don’t feel the urge to migrate and risk their lives: “Let’s stop them before they leave.” The Protection for the Honduran Migrant Program has strengthened services for the deported and has produced a series of videos using storytelling and visuals that show the dangers of migration to children and teens. See, To Live  Happily in Honduras is a Child’s Right.

For his part, the Secretary of Foreign Affairs of Mexico, Luis Videgaray, indicated that concrete actions must be taken to prevent families from being separated again. During the meeting with government officials in Guatemala,  the Mexican foreign minister stressed that prosperity and security are the leading causes propelling migration as well as economic stability.

Videgaray encouraged collaboration among Central American leaders to prevent family separations, lack of information, unrealistic expectations, and the dangers for those who seek to migrate to the United States:

“We must lead an awareness campaign that is both simultaneous and immediate to ensure that those who intend to make the trip or emigrate, really know what happens, and what their options are without having to violate the law, or incur serious dangers.” 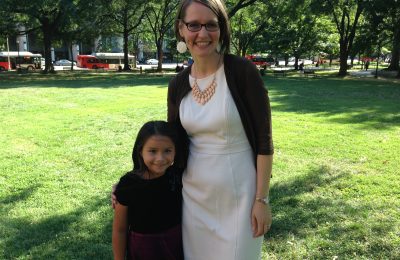 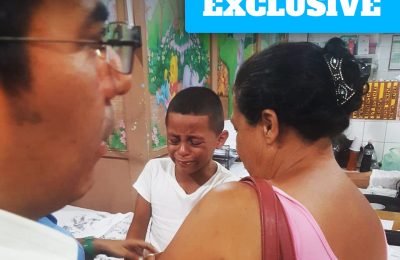