Forty-four people have been arrested in the Parque La Merced in San Jose of Costa Rica for xenophobic attacks against Nicaraguans.

“This hostile demonstration is regrettable; it is an incitement to hatred and violence,” said Randall Picado, regional director of the San Jose Public Force, who confirmed that authorities seized eight Molotov cocktails, four daggers, a baseball bat, and blades.

The police chief said that the alterations occurred after a group of people gathered in the La Merced park to sing Costa Rica’s National Anthem and to place the Costa Rican flag in the park in an act of protest against the growing tide of Nicaraguan migration to Costa Rica.

“People came, they sang the anthem, staked the flag on the ground, and suddenly a group of them started circling the park and singing xenophobic songs against Nicaraguans,” said Picado.

Picado explained that, a few days ago, various groups took to social networks, urging Costa Ricans to join a rally today: “Several anonymous groups, with clear xenophobic attitudes, incited violent manifestations, summoned the Costa Rican population to take the La Merced park as a way of protest against the wave of Nicaraguans coming into Costa Rica. “

False information regarding Nicaraguan migrants has increased in recent weeks, as the visa and refuge requests to legalize their stay in Costa Rica have grown.

Several Facebook publications are circulating a photograph of 2016 showing Nicaraguans burning Costa Rican flags. The photo was taken at a concert two years ago but it is now routed as recent, in different parts of the country.

During the last week, #NoComaCuento (don’t buy the lies), an initiative of the Costa Rican press, La Nacion to counter fake news in social networks, denied that the University of Costa Rica (UCR) was giving “full scholarships” to Nicaraguan refugees, that the Foreign Ministry is revoking visas for Nicaraguan politicians; that Carlos Alvarado signed a decree to give economic aid to trans-Nicaraguan women, and that precarious buildings are being built in Alajuelita for Nicaraguan refugees.

The IMAS (Mixed Institute of Social Assistance) denied the existence of such a presidential directive and commented that the Institute works “to serve the population living in poverty without any distinction.”

#NoComaCuento clarified that the Minister of Public Security, Michael Soto, denied that there is an alert about a possible invasion of more than 1,000 “Nicaraguan military” to Costa Rica, as it is circulating in WhatsApp messages, or rumors that Nicaragua had freed 400 rapists and 350 murderers who were “invading Costa Rican lands.”

The Minister of Communication, Juan Carlos Mendoza, confirmed that the President of the Republic, Carlos Alvarado will hold a meeting in Zapote to discuss the incident.

Voices from the debate and reactions to rising xenophobic behavior against Nicaraguans were posted in Costa Rica’s press, La Nacion. These reveal a divided nation over the issue of humanitarian assistance and conservatives who want to close borders and the pervasive influence of fake news:

Bertillia, Costa Rican, “Why doesn’t the nation report all the details of what is really happening? This is not about xenophobia. Many of us are annoyed by the uncontrolled immigration that is happening in our country. But the media does not report the reality of what is happening. Is it that the government owns these media? Ticos, all you have to do is visit the migration area to open your eyes and see the reality that our country is experiencing. We are a small country, this MASSIVE and UNCONTROLLED immigration is a real threat to us. Please understand what is happening and do not allow yourself to be brainwashed by these means of communication that have betrayed us. It is time to oppose this betrayal!”

Juan Carlos, Costa Rican, “This is a wake-up call to the Costa Rican government, which is trying to change Costa Rica with, opening borders, more taxes and propaganda for gay marriage,  legalization of drugs, abortion, robberies, assaults, and the release of prisoners, etc. All these situations make the Ticos overloaded with tensions and the government claims to have it all under control, but they should be careful because at any moment this situation can explode.”

Ariel, Nicaraguan, “As a Nicaraguan, I thank you for the enormous altruism of you Costa Rican brothers for offering safe refuge to the Nicaraguans who are being persecuted by the brutal dictatorship of Daniel Ortega. These people in their immense majority are fleeing to save the lives from the paramilitary groups and the Orteguista police. They are hard-working people with a spirit of improvement that will provide immense benefits to the economy of their country. I understand that there is concern on the part of the Costa Rican citizens about the immigration of Nicaraguans, and we understand that it must be regularized so that migration happens within order and control, I also make the comment that Daniel Ortega is sending some infiltrated harmful individuals related to his dictatorship to plant seeds of discord with comments and attitudes that have nothing to do with the thinking and actions of Nicaraguans seeking refuge. The dictator’s plan is that you get a bad image of the Nicaraguans who are fleeing his abuse, so that you deport them and return them to the mouth of the wolf only to be killed for having participated in the civic protests that have been taking place in Nicaragua since 19 April of this year. Those of us who are still in Nicaragua are grateful for your noble and selfless support for receiving our compatriots who are in a situation of extreme danger as their lives are at risk.”

Nora, Costa Rican, “I do not recognize my country, what a shame! What’s happening to us? We are an educated and peaceful people. This is what has always made us great and different. We can not allow bad Costa Ricans to act like barbarians.”

Costa Rica’s Minister of Security declared the malicious rumors as harmful lies: “We have reviewed the issue in detail and after consultations with the different police forces and the national intelligence, as well as the observation in the border sectors, we are discarding this information (…). We also ask them to avoid sending this information through the different social networks, because it is causing a kind of collective hysteria that has no basis, “Soto said. 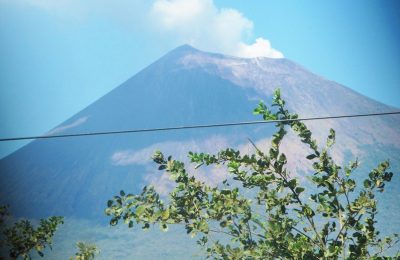 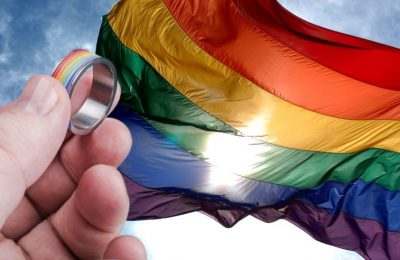