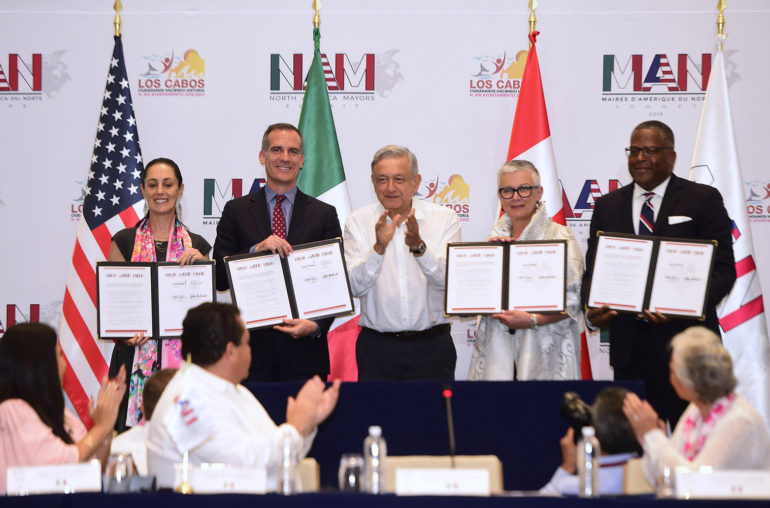 The momentous summit called on peace, on leaving behind divisive rhetoric and tossing aside for good, the stereotypes that divide the region. Governors spoke against isolation, walls, division and tariffs, and in favor of cross-border cooperation, migration, and trade. The governors envisioned a path toward sustainable development paved by solidarity, openness, dialogue and generosity. Appeals were presented in favor of integration and shared commercial benefits.

Dialogue, not confrontation will strengthen the bonds of hermandad with neighboring towns.

“I insist the best way forward is communication and harmonizing with cultures, this is what has made nations strong and what has allowed the growth of the greatest civilizations.

Integration, development, cooperation and the pursuit of the common good will strengthen the region.

Inclusive regional development matters and can be summarized in one of the poems by Mario Benedetti, “the South also exists.”

In solidarity we can peacefully co-exist. The problems, the debates of these days have to do with the lack of development and lack of opportunity to the south of our continent. People decide to emigrate and leave their villages, risking everything to look for something that mitigates their hunger and poverty.

Nobody leaves  their home town or their family out of pleasure. Journeyers leave out of necessity. That is why the most effective and most humane way to face the migratory phenomenon is to create conditions for work and well-being.

Tomorrow we are gathering in Tijuana.  Mexicans of all sectors are coming together  in response to the attempt to impose taxes, tariffs on goods that are produced in Mexico and sold in the USA.

We do not want this type of confrontation with the United States government.

We do not want to end our friendship with President Donald Trump.

We want to remain friends with the United States and its people.

I look forward to our next summit, where we will continue the conversation for the good of Canada, the United States and Mexico. 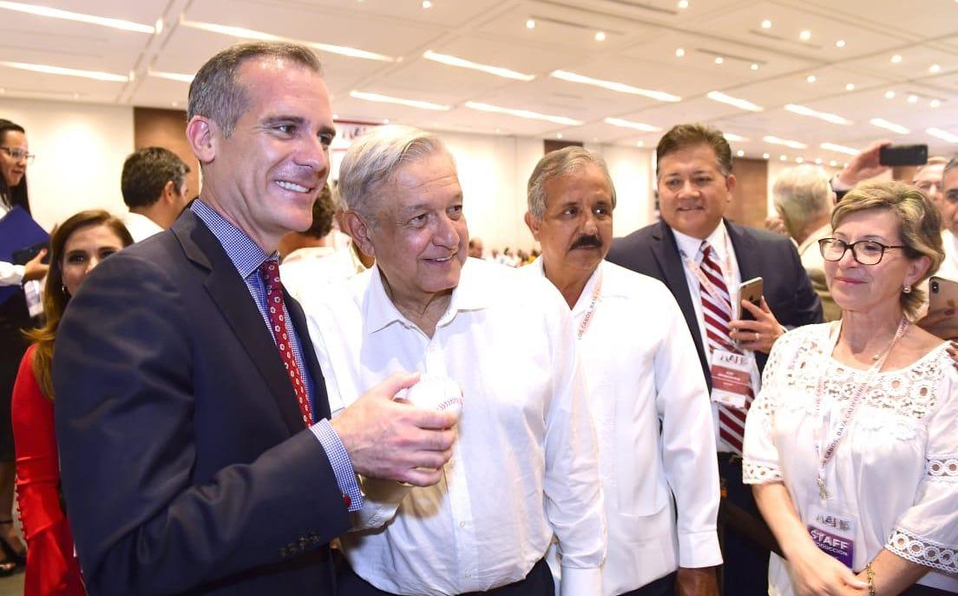 The Mayor of Los Angeles represented California in the Summit and delivered a powerful speech for friendship, shared ties and common histories.

“Los Angeles has always been a city that has welcomed immigrants. I am the proud grandson of a Mexican immigrant, a dreamer, before we used that term. My grandpa was born in Parral, Chihuahua, during the Mexican revolution. My bisabuelo was killed during the violence. So what does a mother do? She picks her baby up and starts walking. In her arms, I crossed through the border in El Paso, and my family gave everything to a new country, fought in world war II, earned their citizenship. So attacks on immigrants are personal to me. Immigrants, refugees and asylum seekers are people, not political pawns, and they make my country, great. 63 percent of the businesses in LA are started by immigrants so I know we can’t afford xenophobia, I know the added value of multinationalism, I see it everyday in LA’s streets. We need to protect our partnerships. We will be stronger when we invest in each other, in our economies. Let’s pull together and get stuff done.” Mayor of Los Angeles, Eric Garcetti.