This year, FUSSDIM is launching an ambitious project, a nationwide census to identify how many Salvadorans live with multiple disabilities and where they reside. The findings will lead to the design of community-based educational care for people who are deaf-blind or have multiple disabilities, so they don’t have to travel to the capital of El Salvador.

They will start with Anamoros, in La Union, assess their findings and once funding is obtained, prepare to train other specialists across municipalities.

FUSSDIM has been carrying out their innovative work  with the support of evangelical churches that have provided them with a physical space to develop their activities. This year, they hope to move into a space of their own.

Below, is a candid interview detailing the labor of love that surrounds the daily work of FUSSDIM. Latina Republic spoke with FUSSDIM’s Executive Director, Xiomara Arely de Hernandez. One of the most touching topics discussed was the director’s reference to the mothers as Madres Guerreras, Warrior Mothers.

Here, she tells us why.

I greatly admire their spirit. We have a mother who has three children; one of them has a disability. To provide for her family, she gets up early and sells bread. Later, she drops off her child with us. If she didn’t juggle and work early mornings she could not survive. This mother also works weekends, selling bread and chicken.

Currently, El Salvador does not provide direct financial support to families who have children with disabilities. Funding is allocated to the institutions that offer rehabilitative, therapeutic and educational services.

This means that for the families who raise children with disabilities, the economic and emotional challenges are great.

These circumstances are magnified for single mothers and for the relatives who raise children with disabilities when a parent dies.

This is very difficult for our families. Following the diagnosis, there is a period of mourning, a deep pain because their child is not the child they were expecting. Very frequently, there is a family disintegration. Sometimes, fathers cannot cope and abandon their families.

In some cases, mothers have more than one child with a disability.

In most cases, mothers are raising many children and need to work to support their families as single mothers.

At FUSSDIM, we work with two families that are integrated, meaning that the fathers are very involved and accompany their wives to our center and to medical appointments.

Being able to lean on each other for emotional support is very important, since children with multiple disabilities often experience other health-related challenges, like seizures, organ failure, digestive track problems, and heart problems. It can be very complicated.

We have lived through very painful times

Due to their health complications, many of our children live short lives. This is why we focus on making them as happy as we possibly can.

During one of our fun outings, we took the children to an amusement park, courtesy of El Salvador’s First Lady, Gabriela Bukele who provided us with tickets when President Nayib Bukele was the mayor of San Salvador.

This is Hector Perez, posing here with his mother. Hector acquired deaf-blindness while working as a journalist. He was unable to work for a year. During that time, he received rehabilitative training in alternative communication and mobility.

This year, he returned to work.

This is Oscar. After training with Alicia, Oscar was reintegrated in a school near his home. He has low vision. Alicia taught him to read and write.

Sometimes therapists get very upset with parents who don’t bring children to their appointments. Parents cannot help it. They work odd hours, struggle financially, and many don’t have extended family support. This is difficult when there are other young children in the home and no one to leave them with.

The distance and cost of transportation is also a challenge.

It is important to create a space for parents to freely express their feelings and to free themselves from the heaviness that many experience. We need more parent support groups that focus on the parent and on how they can support one another.

During my sessions, working with a parent and a child, I try to focus on the mother and her feelings as well as on the child.

I have always believed that if the mother is happy, then the child will be happy.

Sometimes our families come to us in tears following a doctor’s appointment. Some doctors have no tact and will spill out multiple challenging diagnosis all at once. Parents have a difficult time going to doctor’s appointments for fear of learning of more problems related to their child. We frequently hear this comment: “Oh no, I just learned of another diagnosis.” Many of our children have multiple disabilities and with that comes many other complications, like organ failures.

We are offering Aquatic Therapy

Thanks to  the support of BANCOVI, we are able to offer aquatic therapies. We have also received support for classes in physical education and swimming through the Alcaldía de Santa Tecla and the Alcaldía of San Salvador through the Unidad de Discapacidad (Disability Department).

Part of our advocacy work involves visiting companies, government offices and schools and demonstrating, through hands on activities, what it’s like to live without sight or hearing, or both.

This is the FUSSDIM team:

We love volunteers and our doors are always open.

This is Amy. She is from the United States and has been working with our mothers. She is a volunteer with Able Ministries.

Amy reached out to us and offered support. It is a pleasure for us to welcome all who want to help.

Through Amy, we have been able to offer one of our students, Lucy, additional training and mentoring. Amy and her team have also evaluated our students.

This is the physiotherapist team. They have been supporting us since Amy has been with us.

These are students studying in the field of Special Education at the Universidad Evangélica. They are fulfilling their training hours, and will be in charge of one of our summer courses.

Many of our families live far away. FUSSDIM is located in the capital of El Salvador, yet, our organization has identified many families who need our services but distance and finances stand in the way.

These challenges have inspired us, as an organization, to take our program, nationwide. We need rehabilitative and educational programs across communities.

We want to start in the farthest municipalities, conduct a census to identify the various types of disabilities present in each community, and create the services to support people living with multiple disabilities, including deaf-blindness.

We plan on starting in Anamoros, La Union, located in the Northern part of El Salvador, bordering with Honduras. We have identified a number of residents who live in the area that have disabilities. Many of them are deaf-blind.

To launch our project, we have designed a census that will be easy for the health promoters to use: 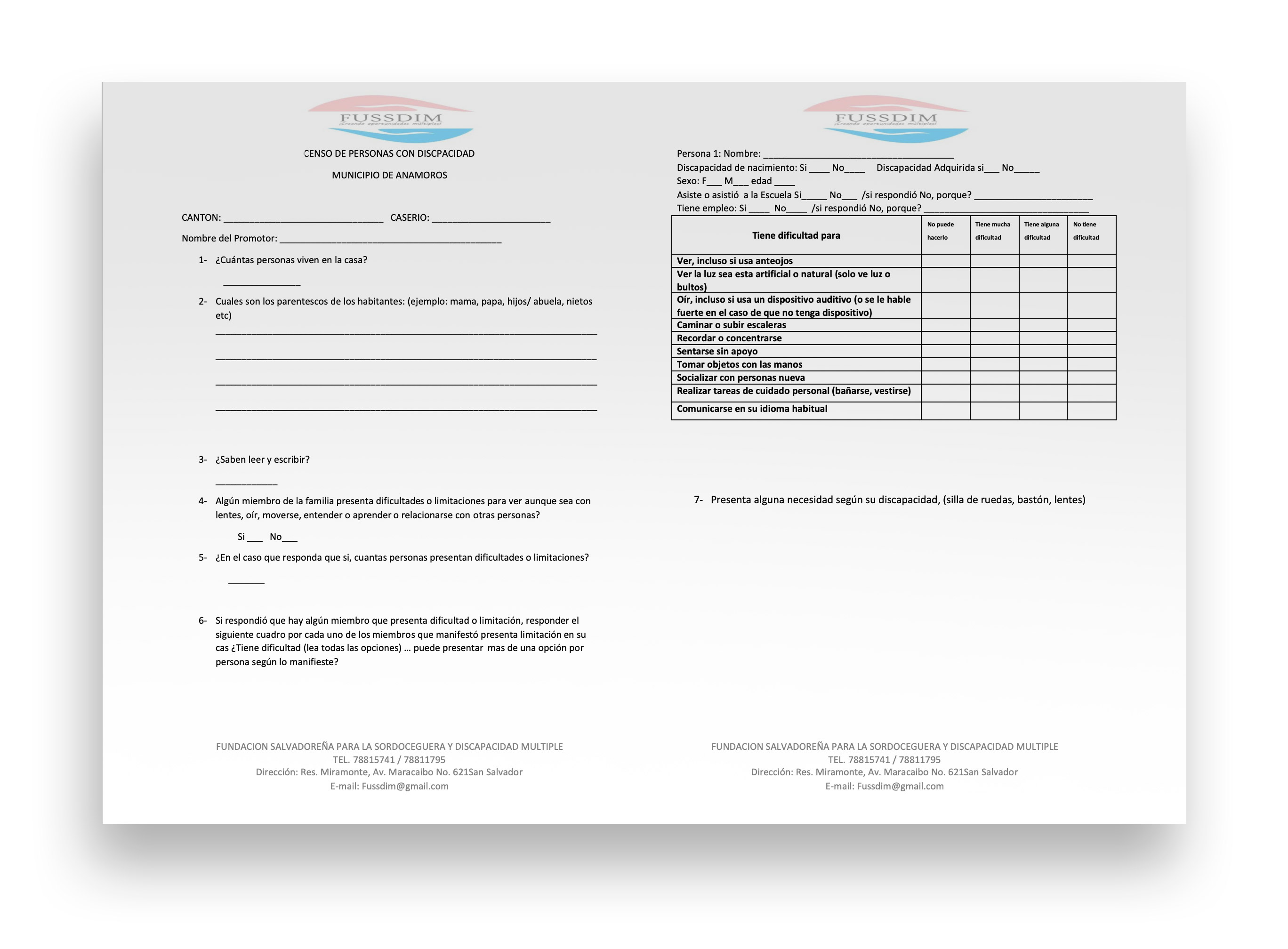 FUSSDIM seeks to collect accurate data on the number of people living with disabilities and the types of disabilities present across the country. Once we identify the numbers and types of  disabilities, we can start developing programs according to the various needs.

We have already spoken with the local government officials in Anamoros. Our plan is to train health promoters of each region of El Salvador so that we can gather valuable information that will lead to programs that will improve the quality of many lives.

In terms of focus, FUSSDIM will concentrate on people who are deaf-blind or have more than one disability.

The census in Anamoros will be a good testing ground for how we would implement a nation-wide census once we acquire more funding and support.

As we identify others who share a passion for similar initiatives in different parts of the country, we plan to accompany and support them with our expertise so that they can develop educational programs and rehabilitation projects for children, teens, adults and elderly people who need support and are unable to travel all the way to the capital.

We would like to see more accessible tourism for people with multiple disabilities.  It is difficult to use a wheelchair to access some of our beautiful beaches, visit a tourist center, or go to an ecological park.

Public places, sidewalks, and public transportation have been designed for people who do not have multiple disabilities. With some coordinated effort among municipalities we can achieve a more inclusive and accessible El Salvador.

As a nation, we are indebted to this population.

Through FUSSDIM, we want to raise awareness, advocate, educate and provide training for those living with multiple disabilities and deaf-blindness. They hope to become productive members of society and it is is one of the dreams we have as a foundation, to make sure that they do. 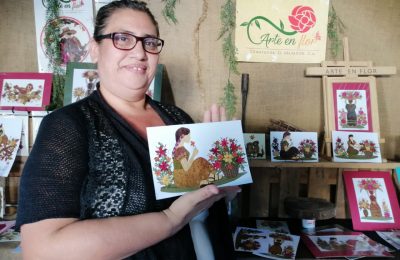 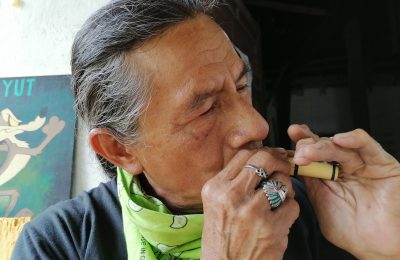