Following the outbreak of the COVID-19 virus two months ago, the epidemic has spread worldwide and has severely affected the state of international health and the economy. The urgent measures of social distancing have impacted global economies dragging the world into a great recession.

Across the globe, countries are forming emergency and recovery commissions with the great responsibility of drafting a path to health and economic recovery.

El Salvador is preparing its own recovery plan through the formation of a National Commission for Economic Reactivation, made up of the government, union associations, the private sector, the academy and think tanks. This group will be entrusted to define lines of action for immediate recovery.

Latina Republic spoke with Luis Contreras, a Political Analyst from El Salvador to gain insight into the current strategies under consideration.

Latina Republic: How is El Salvador preparing to recover from the economic effects of Covid-19?

The negative economic effects will be felt worldwide. All countries will be affected economically due to widespread cessation of work.

In our case, the central government plans to create a multi-sectoral team made up of:

– Representatives from the private sector

The board will define the course of action for immediate recovery.  It’s been a month since companies have stopped operations, and this board will have to find immediate solutions through transparency, and accountability standards, visible to civil society.

The measures will include a recovery agreement with the International Monetary Fund; prioritizing the uses of the $ 2 billion loan approved by the Legislative Assembly to address the emergency; and managing the General Budget for 2020.

Latina Republic: What measures did President Bukele take in the last month to combat the public health emergency?

-The Establishment of a State of Exception supported by the Legislative assembly for 30 days which mandated stay-at-home orders for Salvadorans to avoid the circulation and crowding of people. Only companies necessary for the country’s operations, like, gas stations, pharmacies, supermarkets, home-delivery restaurants and companies that provide energy are allowed to work during the quarantine.

-The closure of the San Óscar Arnulfo Romero International Airport for 15 days, starting at midnight on Tuesday, March 17.

-The suspension of classes in public and private centers for 21 days with the aim of cutting the chain of contagion. The measure became effective since the announcement made by the president through a national network on March 11.

-Tests were carried out in the containment centers to identify and isolate people infected with COVID-19 and thus give them adequate treatments in hotels that are being used as shelters.

-Decreeing that those affected do not pay water, electricity, cable, telephone bills for 3 months, and thus alleviate the crisis of the families.

-The allotment of $300.00 to families that had to close their businesses due to the COVID-19 crisis.

Latina Republic: How were the measures received?

The political opposition never welcomes government measures. President Bukele closed the international airport to prevent people from other countries from dispersing internally and infecting more people without knowing it. This measure was harshly attacked by members of the legislature, as well as some businessmen, who have strongly criticized the temporary closure of businesses for 30 days as a measure to contain COVID19.

The educational sector has stopped working, only universities and private schools that have platforms to teach their classes have virtually continued working. In the Legislative Assembly there is a proposal for the universities to absorb 50% of the payment and thus help families financially.

Latina Republic:  How did the government decide who will receive the $300 subsidy?

The government decided to give the $300 subsidy to Salvadorans who own businesses that were forced to close due to the pandemic. To find out if they qualify, each Salvadoran verifies their qualification on a web platform that provides instructions for picking up the subsidy.

On April 1st, the elderly and people living with disabilities started the process of collecting their bond.

Initially, there was some confusion with the delivery of the subsidy. This is in part because a number of Salvadorans live in marginal areas; some do not have internet or television so accessing accurate information is difficult for them. There were also problems with the web platform and many people were unable to verify if they appeared as beneficiaries. Unable to access the information, large crowds headed to the verification site, CENADE, creating long lines that upset people.

In an effort to distribute the subsidy to those who need it, President Bukele acted quickly without the appropriate logistics in place.

Sadly, there were also demonstrations by protesters threatening to loot markets.

Most people who showed up needed the fund, but there were also groups present who wanted to create chaos.

Despite the initial disorganization, it is important to note that no government in the past has done anything of this magnitude. In fact, aid sent to El Salvador in the past was stolen by previous administrations. The case of the 2001 earthquake was emblematic, in which former President Francisco Flores admitted to have received $15 million dollars from Taiwan, yet the fund disappeared.

Our government has acted quickly and that led to some mistakes, but the swift response to the crisis by our president has also been praised as an international benchmark for how to manage and contain the crisis.

The opposition has sought to minimize this administration’s accomplishments because in 2021, El Salvador will be holding legislative and mayor elections.

No government in the world was prepared for this pandemic, not even the United States which has become the epicenter of the disease.

Latina Republic: A total of 3,450 Salvadorans who are abroad have requested help from the Ministry of Foreign Affairs to return to El Salvador. Most of them, from the United States (1,501). What is the president’s position regarding the return of Salvadorans living abroad? What happened to the Salvadoran students in Nicaragua who asked permission to return?

The legislature is working through committees to demand that chancellor, Alexandra Hill, give her answer about an initiative to bring them back to El Salvador. Unfortunately, there has been no progress on this front. The priority has been to contain the pandemic. It is complex, because you cannot do everything at the same time. Any day now we should have an answer to this request, because there are many Salvadorans who want to return.

Donald Trump’s policies have triggered a domino effect. Many Salvadorans who are abroad and are undocumented are unable to find sources of work or a way to subsidize their stay in the U.S. This affects those families, but it also affects the people and economy of El Salvador, because those same workers, send remittances to El Salvador that are a key source of support for many families here.

El Salvador will address the economic impacts of COVID-19 within a new framework that designs a health policy that contains the pandemic, while drafting an economic plan that stops the recession and envisions a plan back to recovery. Reestablishing work activities under conditions that prevent outbreaks will be key. 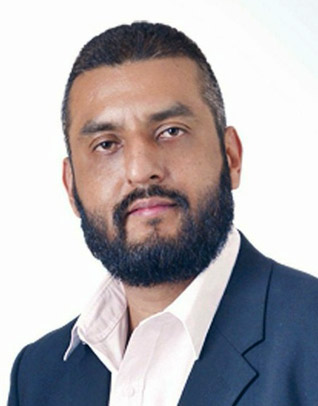 Luis Enrique Contreras Reyes | El Salvador
Political Analyst for Salvadoran TV and Academic and Opinion Columnist for several newspapers in El Salvador. Consultant in Public, Citizen and Police Security, and Founder and President of PROSEDE Consulting (Protection, Security and Defense) a company that offers consulting services and training in crime prevention and security. From 2005 to 2019, I was an instructor for the National Academy of Public Security (ANSP), a police training institution in El Salvador. Accreditations include, International Certification in Citizen Security, Level III Expert from Costa Rica. International Certification in Police Intelligence Methods, Costa Rica. Criminological Approach and Crime Prevention Training; Certification as a Specialist in Police Tactical Defenses; Diploma in Police Models for the Prevention of Crime and Violence and Research Center for the Prevention of Violence (CIPREVI) Guatemala. 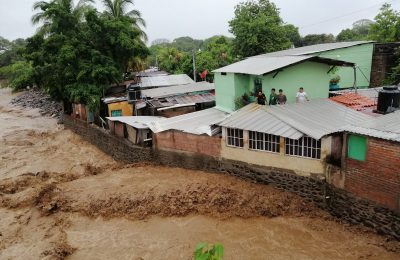 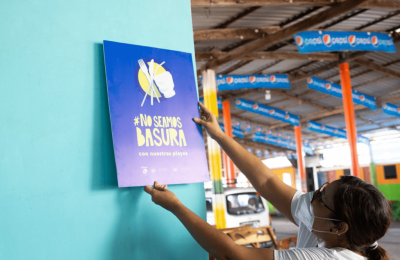