Ten Golden Rules for the Deported and those Forcefully Returned to Mexico due to Unemployment and Risk  of Contagion from COVID-19 in the US.

Mexican visitors and vacationers coming from the US to Mexico, AVOID coming to Mexico in the next 3 months. You can infect your family and friends in Mexico. The greatest number of infected people show no symptoms.

1. The growing health concern due to COVID-19 in the United States and Mexico has triggered a growing anti-immigrant climate, creating a hostile environment for immigrants. These sentiments have influenced increased deportations and forced returns. More than 10,000 have been deported from the US as of March 21st for health concerns.

In addition, those deported in the last weeks and months (May-June 2020) could be infected with COVID-19 and spread the disease in their places of origin in Mexico and Central America.

Some of the Mexican deportees and returnees come from states and cities in the US with have high levels of COVID-19 cases.

In the case of forced returnees, they are returning to Mexico due to unemployment and lack of benefit access in the US, due to their immigration status.

If you are deported or have returned due to adverse conditions in the U.S., you may face discriminatory attitudes in Mexico and Central America. You may be viewed with suspicion as a possible carrier of COVID-19 and a vehicle of infection.

Let us remember that symptoms do not always appear, and precautions must be taken to avoid the contagion of your relatives in Mexico. Once back in Mexico, practice social distance and stay away from older adults.

In the following two weeks (from April 15 to 27th) you should stay home. Take extreme precautions if must go out to work.

In California, quarantine has been imposed until mid-May.

Dr Sergio Aguilar Gaxiola has shared that in California, Latinos are 36% of COVID-19 cases and comprise 26% of total deaths. Latinos in California form 39% of the state’s population. Whites are among the 32% of confirmed cases, 38% of COVID-19 deaths and 37% of the state’s population. Of the cases and deaths of Latinos, it is very likely that 70%, or more, are Mexican, many of them undocumented, states, statewide case statistics.  If the returnee shows symptoms, they must inform the health authorities where they reside in Mexico. If it is a small town, they should contact the municipal authorities and the nearest Health Center.

In this second case, a custody agreement should be signed with the family or close friend in the United States who will be responsible for the minors. An excellent guide has been provided by the CNDH in its recommendations: “The Plan is to have a Plan,” Inicio-Migrantes.

2.- The deported and those who returned by land or through the CDMX airport should contact state and federal authorities in Mexico to connect with programs that provide certain basic guidelines and supports.

In Mexico City and border cities, there are shelters for temporary stays and civilian organizations that support identification procedures, such as voter registration, birth certificates and job searches, among other things. INAMI offices at CDMX International Airport can be found in terminals, 1 and 2: : INM (Immigration)

This period of preventive measures caused by COVID-19 paralyzed many activities and is not optimal for seeking salaried positions. The health emergency caused by COVID-19 makes it necessary for the deportee or returnee to use this time to get informed of the preventive measures to survive the second phase of the virus’s expansion. It can also be an ideal time to train or seek labor certification of skills learned in the US or Canada through online or distance options.

We hope that @Secretaria de Educación (Ministry of Education) in coordination with Salud (Health), Gobernación (Governance), and STPS (Secretariat of Labor and Social Welfare) and the SRE, (Secretariat of Foreign Affairs) will generate proposals for remote labor certification in compliance with health protocols.

3.- If the deportee remains in Mexico City, he can request support from local government organizations that work with returnees in the capital.If you stay in border cities, you can temporarily access shelters where you will be informed of certain benefits from local and state governments that are specific for returnees or Central American asylum seekers who have been returned by the Trump government.

While in the shelters, it is pertinent to connect with foundations and local and national NGOs that support the reintegration of deportees and returnees into the labor market. In this period of health emergency that is expected to last for three months (from April to the end of June), you will not be able to participate in face-to-face programs and you should be isolated and at home until at least the beginning of May 2020.

It is not recommended to stay in the hostels in the northern border due to their level of overcrowding and poor health conditions. If the person has family and friends in their place of origin, it is more advisable to travel to small cities and avoid large cities, if possible. Of the 62,000 Central American returnees sent to the Mexican border by the US, only around 20,000 remain in the northern border.

The vast majority of state governments have migrant assistance offices although they have limited resources.

It is possible that young deportees between 18 and 29 years old can access scholarships for apprenticeships through the Young People Building the Future Program sponsored throughout the national territory by the Secretary of Labor (STPS) and that will be in operation for a six-year term, so if you are not 18 years old now, you will be able to qualify when you turn 18.
There are also scholarship options for university studies if you have finished high school and are between 18 and 29 years old. Any questions? Are you Central American? Write us at: @ consulmendez @ yahoo.com

It is worth noting that it is estimated that, on average, half of the deportees do not return to their places of origin. This is a common experience of Michoacanos , Guerrerenses and Oaxaqueños, since there are fewer job opportunities and great problems of insecurity in their places of origin, and they prefer to stay in large cities where there are more opportunities and a network of friends and family already in place.

Border cities like Tijuana and Ciudad Juarez or active cities, like Monterrey and Guadalajara attract returnees; however, the health risk of COVID-19 is greater in large cities.

5. The states of Guerrero, Michoacán, Guanajuato and Zacatecas have Migrant Offices in their respective capitals and in the case of Michoacán they have offices in most of the state’s 113 municipalities.

The state of Jalisco has a migrant care institute that cares for residents of that state. Important offices for returning migrants can also be found in Oaxaca, Hidalgo, Veracruz and Yucatan.
Various services are provided to obtain identity documents, assist with birth certificate procedures, re-validation of studies, labor certifications and job search assistance, and in some cases, supports for entrepreneurs who want to start a business.

6.- The rest of the states have offices for the care of their migrants and the offices in Veracruz, State of Mexico, Durango, Mexico City and Tamaulipas have been very active.

All the states of the Republic have offices with services and supports, often limited, but similar to the larger sites. The directory of these offices can be found at: Programa Paisano del INM, which is the guide published by the Ministry of the Interior.

7. Our pro-migrant organization, Americasinmuros.org provides liaison information with shelters and foundations that can help with certain procedures and explore supports for job placement and starting businesses. @Americasinmuros conducts workshops to improve job search and contact with potential employers. Contact and [email protected] 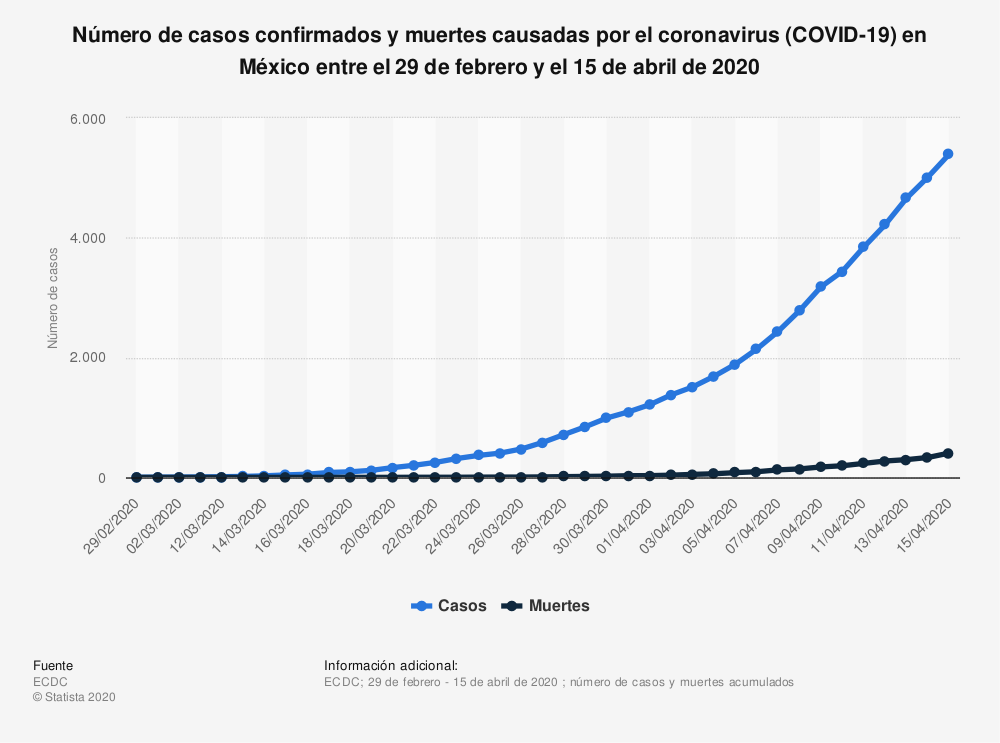 It is estimated that the total number of Mexican deportees since the beginning of the deportations with President Obama must be more than 3.5 million people. Deportations under President Trump must be approximately 300 thousand with a qualitative difference, since a great part of the deportees from the Trump era are people who had lived in the US between 10 and 25 years, with important family ties and separated families.

As of March 2020, due to the COVID-19 emergency, the number of deportations from the United States had dropped; they were between 300 and 400 people a day. But as of March 21st, a new wave of deportations was generated, estimated at 10,000 new deportations in the last 20 days. In many cases, recent deportees arrive at border cities of Mexico at dawn and without sanitary protocols.

The outlook for the number of deportees or forced returnees for the next 3 months is very uncertain. If the situation of the pandemic becomes severe in California, Texas and other states where large nuclei of Mexicans reside, the lack of employment and the growing fear of becoming infected could generate a massive return of compatriots to their places of origin in Mexico. In addition, the US government has resumed express deportations under the premise of preventing COVID-19 expansion.

The recently deported groups (2017-2019) have experienced a more traumatic situation due to the strong attachment to their prolonged stay in the United States, where they had children, met wives or husbands who in many cases remain in the United States. This situation has been generating a painful family separation with consequences of depression and deep emotional damage for everyone in the family.

Few or no actions have been carried out by the coordinated health services of the states and at the federal level to attend to the mental health and epidemiological follow-up of our compatriots.
In this field, few actions by the SRE and the Federal Secretary of Health, despite the fact that UNAM, El Colegio de México, Universidad de California and other academic institutions already have studies and diagnoses, as well as proposals for public policies on mental health and psychological support, but there is a lack of mental health and emotional care strategies as well as epidemiological preventive strategies for recent deportees and their families in Mexico.

10.- A warning for Pro-Migrant organizations: in some exceptional cases, there are people who pose as deportees or returnees to take advantage of the goodwill of the immigrant organizations. Recently, Ana Laura López of Deportados Unidos en la Lucha reported a theft and breach of trust in the group she coordinates. 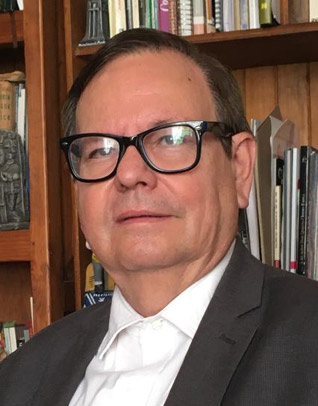 Bernardo Méndez Lugo | Mexico
A Mexican Diplomat retired, he has been executive director of Promigrant Foundation Americasinmuros.org based in Mexico City since March 2017, with a worldwide network of volunteers in more than 100 cities. He was founder Professor at Universidad Autónoma Metrópolitana Xochimilco campus and did teaching & research for 20 years. In 1990, he joined the Mexican Foreign Service and was Consul in Montreal, Atlanta, San Francisco, Tucson, San Salvador and Chicago. He has published hundreds of articles and coauthored more than ten books and has been international Consultant for UN PAHO-WHO for public health, World Bank, OECD and UNIDO. He has delivered courses, workshops and lectures in many countries and Mexico. He is currently giving lectures on Covid-19 and international migration. Twitter: @berniemendez. Correo personal: [email protected]