Georgia is one of three states, next to Alabama and South Carolina, that bar undocumented students the privilege of a higher education. However, Georgia is seen as the most punitive state because they do not differentiate between fully undocumented and DACA holding students.

Georgia’s residents include 20,900 DACA students, most of whom have lived their entire lives in the state and know no other place as home.

This ranks Georgia eighth in the country for the largest DACA population of active DACA recipients.

Research done by William Perez in the Journal of College Admission shows that undocumented high school students show academic achievement, leadership participation and civic engagement in higher numbers than their citizen counterparts. When arriving to the United States, undocumented students must learn an entire new language in addition to their regular course load. They participate in clubs and organizations with 78% of them reporting participation in extracurricular activities, including serving as club president or holding another type of leadership position. They begin to work an average of 13 hours per school week at a young age to bring in additional income to their families, all while earning high grades in their academically challenging courses. However, despite the hard work and dedication DACA students have demonstrated in school, their journey to a higher education stops after high school for most. Due to the ban of undocumented students in public colleges, undocumented students pay tuition rates two to four times higher than in-state tuition rates in private colleges.

Tuition Rates Shown For 15 credit hours, one semester, no fees

Some Georgia campuses with small student populations from out-of-state utilize tuition waivers to attract students from nearby states, including Florida, South Carolina, North Carolina, Alabama, and Tennessee. These waivers allow out-of-state students the privilege of paying in-state tuition. Despite DACA students in Georgia showing their commitment to education and having spent their entire lives there, colleges continuously deny them in-state tuition.

While DACA students do have the option to go to a private university, they are met with the overbearing demand of paying thousands more dollars for tuition in comparison to in-state tuition. Many students are encouraged to attend university outside of Georgia, however they are still required to pay thousands of dollars more for out-of-state tuition with little to no aid. DACA recipients do not qualify for any federal aid, grants, or most scholarships due to the citizenship requirement. While they do qualify for merit aid, it is at the discretion of private universities and is unlikely to cover enough expenses to be able to live out of state. Pairing the ban from public universities, low income, and the lack of federal aid, it makes higher education seem unreachable for many undocumented people, leaving them in constant stress for the future.

Change begins at the local and state level. In order to end the cycle of educational segregation for undocumented and DACA students, it is vital to begin organizing locally and stay vigilant on what is occurring in your own community. While change will not occur overnight, there are things you can do to help undocumented students have their right to education granted. If you are eligible to vote, vote in the midterm elections to elect governors and state officials who will work to understand the unique struggles of undocumented people and give them access to higher education. Moreover, there is strength in numbers. Join organizations such as Freedom University and peacefully protest at the Georgia Board of Regents. Write letters to private colleges and universities in Georgia and advocate for the admission of undocumented students into their campuses. Use your voice to create the world you want to see. Know that we all have a place in history; be on the just side of history and link arms with your undocumented peers to show solidarity and resilience.

Featured Image Credits:Protestors uniting against Policy 4.1.6, the ban of undocumented students from public universities by the Georgia Board of Regents. Photo by Joshua L. Jones 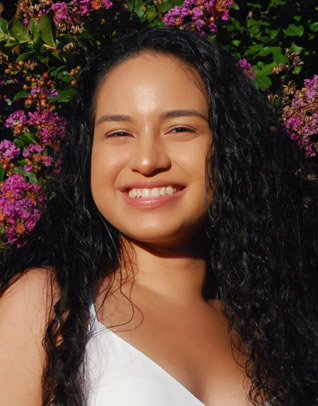 Christy Canjura | Notre Dame of Maryland University
Immigrating to the United States from El Salvador at five years old, Christy is devoted to striving towards a society in which immigrants are recognized for who they are beyond a legal status. As a DACA recipient, her experiences cultivated her outlook on the various issues immigrants face and led her on the path to become an immigration lawyer. She is a junior at Notre Dame of Maryland University, majoring in Political Science. Through her studies, Christy has expanded her knowledge on the political climate between the U.S. and Latin American countries by participating in the Washington Model Organizations of American States (OAS). She has also moderated campus-wide debates delving into various beliefs about immigration, including views from the general public and political candidates. Her passion and empathy towards the diverse array of issues immigrants face is evident. Christy believes her experience as an Immigration Writer will assist her to share compelling stories about the meaningful contributions immigrants make in the U.S. Christy is committed to uphold the Latina Republic’s mission to build bridges between the U.S. and Latin American countries with the power of storytelling. 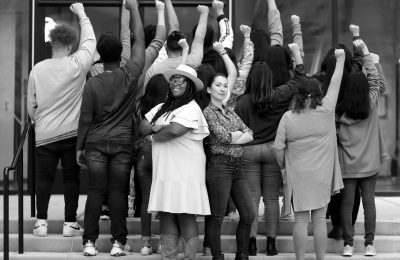