As a lifelong resident of Tapachula, Mexico, located in the State of Chiapas near the border with Guatemala, Fabiola Diaz has seen migrants pass through her city her whole life. Being half Mexican and half Guatemalan herself, and regularly visiting her grandparents in Huehuetenango, Guatemala, she has always been aware of the border between the two countries.

Tapachula has for a long time been one of the principal ports of entry for migrants from Central America that pass through Mexico, seeking refuge in the United States. In the past, however, the majority of migrants would simply pass through the city and continue their journey northward to Mexico’s border with the US.

This has changed in recent years, intensifying in particular in 2018, with pressure from the Trump administration for Mexico to militarize its southern border, detain migrants and not allow them to continue to the US border. Since 2018 there has also been an increase in the number of extra-continental migrants arriving from Haiti and West African countries such as Cameroon and the Republic of the Congo.

Many of these migrants have, before arriving in Mexico, completed long and arduous journeys across the globe, first arriving in Ecuador and Brazil before traveling north (such is the case in this article by the Mexican media group SinEmbargo). Many of the migrants attempting to seek refuge in the United States have remained in Tapachula, in some cases for many years, integrating themselves into the local community, opening small businesses, and building lives for themselves.

Fabiola Diaz opened her foundation, CHIMUMI (Fundación Chiapaneca para Mujeres Migrantes, the Chiapaneca Foundation for Women Migrants) in September of 2018 to support the diverse needs of migrants residing in Tapachula, assisting them in activities ranging from navigating the healthcare and education systems, to finding employment and housing, and providing psychosocial support.

She is a psychologist and also provides therapy sessions free of charge to the migrants she works with. The foundation specifically focuses on providing workshops for migrants that will assist them in acquiring training in a skill, so they can sustain themselves economically in Tapachula. Diaz described the principle activities of the foundation:

“We are a non-profit organization that assists in all activities and needs of migrant and Mexican women, who have been physically or psychologically violated. We have the objective of providing self-employment to women migrants to the end that they can obtain their own resources that allow them to better their living conditions.”

“Through these workshops the recipients receive workforce training so that they can embark on their own business, and at the same time they receive personalized psychological attention, for them and their children. And if they have partners they are welcomed as well into the foundation.”

Currently, due to Covid-19, Diaz described that the workshops have been suspended, and that “the only form I have to help them [the migrants] is giving them psychological attention online.”

Diaz’s foundation has been working in coordination with the Mexican Secretary of Welfare’s Social Emergency program that provides economic assistance to migrants. This program, as described by Diaz, provides, in addition to other social services such as providing social workers, and a team of lawyers to assist with requesting asylum and migratory regularization, 4,000 Mexican pesos (approx. USD178) per month for six months to migrants that are waiting for the government to complete their migratory papers.

“Only those migrants that are regularizing their migratory situation in the country, and are awaiting a humanitarian visa that will allow them to find formal employment, are included in this program.”

In reality, Diaz related, for many migrants these government processes take much longer than six months, and there are some that have been waiting since 2018 for their status to be regularized, much longer than the government’s economic support plan would sustain them for. In addition, the speed at which migrant’s papers are processed by the government varies based on the amount of money they are able and willing to spend – at least that is what a large group of Haitian and African migrants were told last year, after having spent upwards of 150 dollars, according to Diaz, to speed up the process.

“They had been paying. They paid so that their procedure would take place as fast as possible and it didn’t happen.”

This led to mass protests outside of the National Immigration Institute from August through October of 2019, calling for their status to be resolved so they would no longer be detained in Tapachula. Ultimately, Diaz described, these protests and the lack of employment opportunities for migrants stem from the same structural issue:

“Our government is not prepared, and the Immigration Institute was not prepared to receive more than 1,000 migrants in a month.”

That number is in comparison to the 34,708 migrants presented before immigration officials as of July 2019.

Diaz has assisted over 111 Haitian and El Salvadoran migrants register for the Social Emergency program, but she is acutely aware of its many shortcomings. To register, migrants must present either their birth certificate or passport, and if they do not have these documents they are unable to enter the program. In addition, many women that might have benefited from the program are not able to because they have no place to leave their children.

The program, as the Mexican government describes, requires that participants find employment in the community, in activities such as “street cleaning, the rehabilitation of plantations, the maintenance of public works, as well as work in education and cultural centers.” What the program does not mention is where women can leave their children so that they can participate. Many women don’t know that their children can attend the local, although overcrowded, public schools in Tapachula. This is one aspect that Diaz is particularly focused on improving. She explains:

“Those that have children don’t have anywhere to leave their children, so I want to open a daycare center with a school for migrant children. The majority of women with children cannot leave them in a daycare center because they charge a high price.”

Diaz seeks to open a center for migrant children, with the assistance of the government, to increase women’s access to the Social Emergency program.

Diaz was inspired to open her foundation after seeing first-hand the difficulties faced by migrants, and particularly migrant women, in Tapachula. She began volunteering at the migrant shelter Belen in 2010, primarily helping to support women and minors that had been forced into sex work out of economic necessity.

Diaz described that, unfortunately, being without documentation or economic funds leads some migrant women and men to become sex workers, which can pose some dangers to them and their children – that is why her foundation focuses heavily on providing alternative self-employment options to women.

It is crucially important to support women migrants, Diaz emphasized, because they are threatened by a multitude of factors – many have suffered from gender-based violence in the past or have abusive partners.

At the same time, many migrants are barred from formal employment opportunities in the city because they don’t have official working papers. Migrants that are permanent residents of the city may obtain the “tarjeta de visa regional” (regional visa card), which they must renew each year, but this card does not give them access to the same benefits as Mexican nationals, and bars them from most job opportunities.

Migrants in Tapachula are also vulnerable to organized crime and kidnappings. To give one example, Diaz described the work of “polleros,” Southern Mexico’s equivalent of the “coyotes” that clandestinely bring migrants across the US-Mexico border, only in this case they provide a passage through Mexican states to the northern border. Diaz explained:

“The polleros arrive at the shelters and make an agreement with their owners. And they pay them for each person, and they take them. From what I have seen, those shelters are not doing a good job [of protecting the people most vulnerable in their care].”

Also present in the city is the infamous El Salvadorian gang the Maras Salvatruchas, that pose a threat to migrants and locals in Tapachula alike.

On behalf of CHIMUMI, Diaz shared with Latina Republic the testimony of a woman who migrated to Tapachula from El Salvador. Below, Cecilia tells her story and the challenges she faces. The English translation of the testimonial is listed following the video.

Diaz hopes to demonstrate, through this testimony and the stories of many others in positions similar to Cecilia:

“After ten years living in Tapachula, Cecilia continues to be in the same situation as a newly arrived migrant.”

That is to say, despite the minimal efforts made by Mexico’s government to support migrants, and despite having lived in the city for a decade, there still exists great structural deficiencies that result in the needs of many migrants not being met.

In addition to discussing the vulnerability of migrants and the challenges they face, it is also important to recognize their resiliency and what they contribute positively to the local Tapachulan community. Many migrants, for example, open small restaurants where they serve the cuisine of their country of origin, or they share their music and culture by performing at venues throughout the city. There are many examples of this, such as the story of Sadek Hussain, who has now immigrated to Tapachula from Bangladesh, and runs a restaurant that’s primary clientele are fellow migrants.

At the same time that we witness, discuss, and report on the struggles faced by and violence acted upon migrants in Tapachula, it is equally important to discuss the resiliency of these communities – such is the case of this African-run bar in the city – as well as the invaluable work of advocates such as Fabiola Diaz, the founder of the foundation CHIMUMI.

Featured Image Credits, Fabiola Diaz. In this image, the leader of CHIMUMI sits with two abandoned babies in Tapachula. 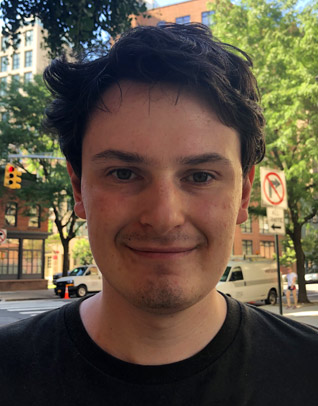 Dashiell Allen | Reed College
Dashiell is a senior at Reed College studying Latin American and Peninsular Spanish literature. He is currently writing a thesis on the literary and political production of the Frente de Liberación Homosexual in Argentina during the 1970s and is interested in studying feminist and LGBTQ+ movements in Latin America. At Latina Republic, Dashiell intends to elevate the voices of activists and organizers that work to promote human rights and immigrant rights throughout Mexico. He is excited to contribute to the organization’s mission of breaking stereotypes and bringing attention to underreported stories throughout Latin America.