Each year, thousands of bills are introduced in the chambers of Congress, of which only a few hundred survive the complex process to become laws. Although the subject matter of these bills ranges from sports and recreation to immigration to public finance, they all originate from a singular form: an idea. One such important and urgent idea birthed the FIRST Act, a legislative proposal that demands the release of most detained migrants in ICE custody. Latina Republic spoke with Iman Boukadoum from The Leadership Conference on Civil and Human Rights, who shared important insights into the  necessity of this bill given the exigent conditions of detention centers during the coronavirus pandemic.

The path from an idea to a bill to a law is undoubtedly difficult and tedious. Each step presents yet another opportunity for a bill to die within the hallowed halls of Congress. The majority of bills do not even make it past the committee. In the 115th Congress, only three percent of the introduced bills were enacted into law. These bills took, on average, 264 days to be passed. This lengthy legislative process naturally presents a double-edged sword.

On the one hand, it ensures that our legislators have critically considered the positive and, more importantly, negative consequences of a potential piece of legislation. The decisions of the federal legislature, after all, affect millions of people, and they must not be swayed by spontaneous or irrational reactions.

On the other hand, however, important legislation can often become mired in the congressional process and succumb under the pressures of partisan politics. When a meaningful bill appears on the congressional docket, then, we must actively push our representatives in Congress to fight for its passage.

A significant immigration bill that was introduced in the House of Representatives on April 17, 2020 is H.R. 6537: FIRST Act (Federal Immigrant Release for Safety and Security Together Act), which requires ICE to release most detained migrants and limit immigration enforcement during the coronavirus pandemic. It is sponsored by Rep. Pramila Jayapal (D-WA) and has 40 Democratic co-sponsors. Cory Booker (D-NJ) also introduced an identical bill in the Senate in May.

The FIRST Act specifically calls for the release of migrants who do not pose a substantial threat to public safety from ICE custody, especially those who have certain health conditions, are at least 50 years of age, or are 21 years of age or younger. These released individuals cannot be redetained by ICE solely due to the end of the current national emergency. The migrants that remain detained must have access to hygiene products and no-cost telephonic or video communication. This bill also requires ICE to suspend immigration enforcement actions and warrantless enforcement in certain locations, such as hospitals.

The FIRST Act is endorsed by more than 60 organizations, including the Detention Watch Network, Human Rights First, and The Leadership Conference on Civil and Human Rights. To better understand the impact of COVID-19 on migrant communities in the U.S. and the implications of the FIRST Act, Latina Republic interviewed Iman Boukadoum, the senior manager of the Fighting Hate and Bias program at The Leadership Conference on Civil and Human Rights, the oldest and largest civil rights coalition in the United States that works to protect and promote the civil and human rights of all people through advocacy and outreach.

Boukadoum’s journey to becoming a civil and human rights lawyer with a focus on immigration and immigrant rights has been shaped by her own experiences with our country’s immigration system. Her parents immigrated from Algeria to pursue their studies in the United States, where she was born. After the completion of their academic programs, an immigration judge told her parents that they must leave the country within 48 hours. Boukadoum was only three years old:

“It was basically the Sophie’s Choice that so many immigrants have to make today. They either have to leave their kids — who are American — behind in the United States and go back to their countries of origin, or they have to pack up their suitcases and their children and take them back to countries that are not doing very well,” she said.

Her parents made the difficult decision to return to Algeria with Boukadoum. They eventually became naturalized American citizens, but they have not entirely escaped the injustices of our immigration system. Even today, Boukadoum’s stepmother is not allowed entry into the country due to the Muslim Ban.

“It’s just deeply personal work,” Boukadoum said of her reason for practicing civil rights law. “I wanted to pick up the pieces, and try to do something to fight for our country.”

Boukadoum views the FIRST Act as “just a common sense bill.” The importance of this bill stems from its implicit acknowledgement of the most basic humanity for immigrants. It aims to ensure that the federal government fulfills its responsibility to provide immigrants with the same access to public health precautions as the rest of the United States.

This goal is only possible if ICE meaningfully reduces the population of immigrants in its crowded centers, a fact that has become glaringly obvious as a growing number of detainees and ICE correctional officers have tested positive for COVID-19.

“Detention facilities are just tinderboxes for the rapid spread of the virus. They’re also not equipped with enough medical staff, beds, or expertise. There is the close proximity that detainees are in to one another, the fact that there isn’t appropriate social distancing, and — in some instances — there isn’t even hand sanitizer.” Boukaodum said. “They’re keeping really essential items out of the facilities and making it difficult for people to actually survive. Instead of just saying that we should release people and deprioritize detention, they are continuing to have this horrific policy.”

During the coronavirus pandemic, migrants in detention facilities have essentially received a death sentence simply because they are seeking asylum or an opportunity to remain in the United States.

“No person should ever die in immigration detention. As we mobilize nationally to preserve life during this global pandemic, abandoning people in detention facilities is not only immoral but also a threat to our collective health,” Boukadoum said.

In relation to the FIRST Act, Judge Dolly M. Gee of the U.S. District Court for the Central District of California ruled in late June that the United States government must release migrant children held in family detention centers by mid-July due to the ongoing public health crisis.

“ICE is now using this decision to continue its cruel and unjust policy of family separation. Judge Gee has jurisdiction over the children but does not have the authority to call for the release of the parents. ICE does have that discretion,” Boukadoum said. “We’ve been working with our allies, like Raices, the Congressional Hispanic Caucus, and others to ensure that ICE feels the pressure from the communities on the ground. They have the discretion to release the families together and to keep them together. Instead, they’re refusing to do that. This is nothing short of family separation 2.0.”

In response to this court order, Acting DHS Secretary Chad Wolf said in a Fox interview, “We’re not going to do a jailbreak, that’s not what we do.” His use of the word ‘jailbreak’ is rather telling, as he essentially likens all the migrants in detention centers — more specifically, the migrant children —  to criminals.

Despite Secretary Wolf’s insistence that migrants and asylum seekers should remain detained, there are alternatives that the government can use in place of mass detention.

“You deprioritize detention. You don’t make it the number one priority that you’re putting billions of dollars from the federal treasury into, which is basically what this president has done. He has made it his central policy to put everybody in jail no matter what,” Boukadoum said. “It’s expensive to do that, inhumane to do that, and doesn’t make any sense to do that.”

Boukadoum suggests that, instead of relying on the detention of migrants, the government should grant humanitarian parole.

“It’s rarely granted right now, and it’s a tool that should be used more by the federal government,” she said. “It provides rechecking, just checking with ICE once a month so that people can continue to live their lives and wait for their cases to be processed. It just makes common sense.”

The Leadership Conference on Civil and Human Rights continues to push for the passage of the FIRST Act in Congress. The current prognosis for the successful passage of this bill is 17%. Since this bill has already been introduced into Congress, the next step in the legislative process is its referral to the House Judiciary Committee. If the committee chooses to take action on this bill, it will likely vote in favor of it, especially since the Chairman of the House Judiciary Committee — Rep. Jerrold Nadler (D-NY) — is a co-sponsor of the bill.

Its passage in the Democrat-controlled House is also possible given the enormous amount of pressure from special interest groups and advocacy organizations. However, this passage is far from guaranteed when we consider the controversial nature of the FIRST Act and its call for a radical change to the immigration system. If it does pass the House, however, the bill will most likely be defeated in the Republican-controlled Senate.

In direct response to the FIRST Act, Rep. Matt Gaetz (R-FL) introduced H.R. 6715: PANDEMIC Act (Protect American Nationals During Emergencies by Mitigating the Immigration Crisis Act), which mandates the deportation of all undocumented immigrants in detention during the coronavirus pandemic. This bill only has a 5% chance of being enacted, as it will most likely die in the Democrat-controlled House Judiciary Committee.

The FIRST Act, then, is undoubtedly an important step to ensure the safety of migrants and asylum seekers in the midst of an unprecedented public health crisis. It recognizes that the cages of detention facilities deprive immigrants of their fundamental humanity. To fight for the passage of this bill, then, we must reach out to our legislators and pressure them to advocate for the basic human rights of immigrants — to advocate for the lives of the 11,510 men, women, and children held across 300 detention facilities who are at stake of exposure to COVID-19. 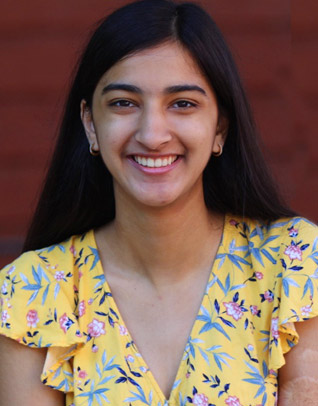 Aditi Mittal | Georgetown University
Aditi is a rising junior at Georgetown University. As an Economics major with minors in Government and Justice & Peace Studies, she has always been interested in the economic and political determinants of global migration. Aditi has participated in and led a university-sponsored immersion program to Tucson, Arizona and Nogales, Mexico that has allowed her to directly explore the complexities of Latinx migration and understand the realities of immigrant life at the United States’ southern border. This experience has driven her passion to advocate for the migrant justice movement and support efforts that provide humanitarian assistance to migrants. Aditi hopes that her work as an Immigration Writer will amplify the voices of immigrants who are often neglected in national conversations and, ultimately, create actionable change.