Helping a Nation Recover: The success of Peruvian innovators during the pandemic 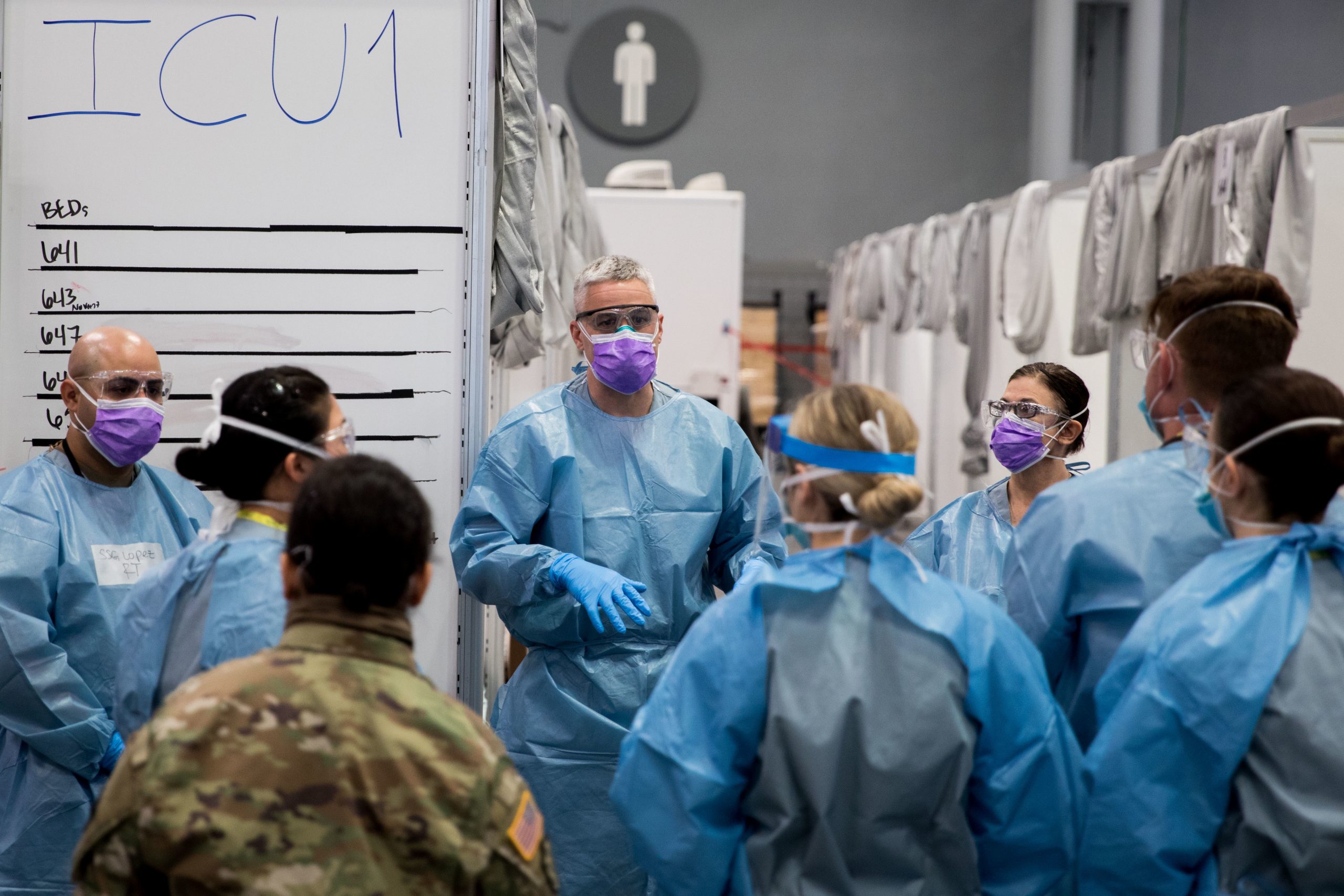 According to a report recently published by the Financial Times, the number of deaths per week in Peru totaled 40,100 in excess deaths, or the difference between observed numbers of deaths and expected number of deaths, around July 8th, 2020. As a result of the COVID-19 outbreaks, this figure (excess deaths) showed an increase of 149% in comparison to historical averages around the same time. In comparison to other nations around July 8th, Peru was the leader in excess deaths on a global scale, beating out countries like Brazil and Chile. The video below explains Peru’s situation from the point of view of a newly built field hospital designed to treat coronavirus patients.

So, overall, how does this country appear to be handling the pandemic? Well, from the implementation of curfews to a new remote education program, Peru continues to be one of Latin America’s leaders in COVID-19 cases. Since March 6th, 2020, the country has reported 371,096 infected, 255,945 recovered, and 17,654 deaths (data from La República, as of July 24th, 2020). Although these numbers often make up the headlines of Peru’s news outlets, they don’t tell the whole story.

Much of the global spotlight on Peru has failed to shed a positive light on the country’s progress toward recovery. Even less so has focused on Peru’s scientists and innovators who have made huge strides in the recent past to help their country deal with the pandemic. In the nation with the sixth highest number of COVID-19 cases in the world (as of July 24th, 2020), it’s important to give attention to and support the Peruvians actively working to bring this number down. Take, for example, the team called ARMEX, a group of Mexican and Peruvian scientists who worked together to design a mechanical ventilator that earned them a license from NASA.

In an interview with La República, ARMEX team member, Yanin Albina Reyes Bermúdez, explained that NASA made an important announcement back in April regarding the production of mechanical ventilators; the agency called for countries around the world to apply for the invention’s license. The tool itself is very much needed among hospitals treating COVID-19 patients. When the announcement first came out, Reyes Bermúdez and her other Peruvian teammates had been working on a mechanical ventilator prototype in Lima, Peru’s capital. The initiative for their prototype began at el Centro de Innovación y Emprendimiento de la Municipalidad de los Olivos, and the tool would also receive improvements at el Hospital Militar Central. Soon after NASA’s announcement, Reyes Bermúdez explained that “[the Peru team] decided to go with Mexico for the application because [they] realized alone, they could not [win].” Their prototype had set them up in a great position for the contest. Further collaboration with their new teammates would only make their proposal stronger.

According to Reyes Bermúdez, more than 331 countries presented a ventilator hoping for the NASA license. Out of these applicants, only 24 teams won; in Latin America this included two countries: Brazil and Mexico. However, given that Peru’s team had allied itself with the latter country, this meant that Peru had also won the license.

The ARMEX team received the great news from NASA on May 29th, 2020. Since then, both sides of the team have been working through the approval process for their ventilators in their respective countries. In this next endeavor, the Peru team hopes to work with the Ministry of Health to distribute their ventilators to Peru’s interior. Why? Unlike Lima, which receives the bulk of donations for many resources, other surrounding areas receive less and have reported a growth in COVID-19 cases.

Thanks to the efforts of ARMEX, there will soon be reasonably-priced ventilators sent to treat critically ill patients in the ICUs of Peru’s medical centers. “This instrument only costs $6000,” comments Reyes Bermúdez. “It’s a low price in comparison to the true price” (for comparison, ventilators typically cost anywhere from $25,000 to $50,000 each in the U.S.). This achievement will improve Peru’s capacity to help COVID-19 patients recover from the virus and open up more hospital beds for other citizens who need them.

Another important component to treating ill patients is identifying whether or not they have the coronavirus, while creating an easy-to-use COVID-19 test with a short turnaround time, which has proven difficult for researchers all over the world. Even so, a group of specialists in Peru successfully tackled this challenge and invented a new molecular test for the coronavirus.

Representing the neurobiology laboratory in la Universidad Privada Cayetano Heredia (UPCH), a team of scientists recently designed a new molecular test for COVID-19 that gives a diagnosis in 40 minutes at a low price. According to La República, the director of the lab, Edward Málaga, stated that countries like Brazil, Educador, Chile, and Colombia have expressed interest in obtaining and distributing the new test in more places. Before talking to the media, Málaga had announced the exciting news on his twitter account, including a video of the new test at work.

On June 18th, the director’s first post read: “EUREKA! I share, with great satisfaction, this video of our fast molecular test in action, detecting the presence of the new coronavirus in a Peruvian patient with COVID-19. Two reactive lines on a strip of paper, portable format and inexpensive, made in [shows Peruvian flag].” The video has since received over 168.9 thousand views.

This achievement, Málaga continued via Twitter, was the result of two weeks of hard work. His team of young molecular biologists had avoided different obstacles and left their homes for two months to contribute to the arduous task. This work involved the use of isothermal amplification methods and CRISPR-Cas technology, translating to whiteboards filled with new experimental plans on a daily basis, but what does this mean? How were they able to make the test? Well, as the tweets below clarify, the team focused on testing different combinations of nucleic acids (the overall name for DNA and RNA) and enzymes (a kind of protein) to extract and copy the virus’s genetic material. These reactions took place in small test tubes at very small volumes, meaning the team had to show a great deal of concentration to prevent any errors.

Using technology that can record the amount of fluorescence expressed by viral genes in a patient sample, Málaga explained that “these reactions can be adapted to be ‘read’ on a simple strip of reactive paper (similar to a pregnancy test), which shows one line (lower) after two minutes for negative samples and two lines for positive samples. No need for expensive lab costs!” Indeed, Málaga’s videos certainly highlight the tool’s simplicity and effectiveness in detecting the virus.

Málaga and his team, similar to ARMEX, now find themselves in the approval process for their invention. Fortunately, the group has been supported by Peru’s Seguro Social de Salud (EsSalud – Peru’s equivalent of a social security program) which will provide them with access to the country’s health care system and its patients, an invaluable resource during the validation process of the new molecular tests. The greater challenge, however, will occur on the national level when the tests reach their production and distribution phase. Málaga describes it best in his interview with América TV:

“What we do in the laboratory will not be enough if our society does not unite around this challenge. From the technologist taking the samples to the president and his ministers, [they all] can pave the way for us to make this dream a reality.”

Dana Carreno | Johns Hopkins University
My name is Dana Carreno and I’m a rising junior studying Molecular and Cellular Biology at Johns Hopkins University. Born in New Jersey and now living in North Carolina, I’m the daughter of two Peruvian immigrant parents. As an undergrad, I enjoy applying my skills to new public health and healthcare opportunities, particularly those focused on promoting diversity in the workplace, and improving minority access to health and educational resources. For this reason, I’m interested in working with Latina Republic to research non-profit organizations working to eliminate health and education inequalities in Peru and neighboring countries. I’m excited to learn more about Latina Republic’s work and to contribute to the formation of new partnerships with individuals and groups in Latin America. 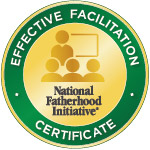