Wildfires have been raging in the Pantanal for months, making this the worst fire season the region has seen since 2002. The Pantanal, the world’s largest tropical wetland, stretches across western Brazil and into parts of Paraguay and Bolivia. It is known for its vast biodiversity that attracts wildlife lovers from all corners of the globe. In the past few years, however, the Brazilian region of the Pantanal has faced some of its most severe droughts recorded in history, leading to destructive wildfires. According to Globo, over 2,500 wildfires have broken out in the first two weeks of October this year, the most that have occurred since October 2002.

Typically, the spring entails a rainy season throughout October, November, and December. Yet this year, the rains still have not arrived. The Pantanal is experiencing its largest drought in 47 years, which has provided the fires with plenty of organic material to feed on during a typical season when the region would otherwise be flooded and harvesting soy crops.

Among the hardest hit is the extensive wildlife that inhabits the Pantanal. Brazilian news site Radioagência Nacional reveals that the South American biome serves as a home to almost five hundred species of birds, more than one hundred species of reptiles, and 132 species of mammals—among those over twenty thousand members of the endangered spotted jaguar species. Such biodiversity regularly attracts nature-hungry tourists from all over the globe, as jaguars, capybaras, alligators, and otters can be spotted sporadically along the banks of the rivers. In turn, ecotourism brings in revenue to support local communities.

Experts have not been able to estimate the wildlife death toll caused by the wildfires, as the number may not be calculable until well after the fires cease and the damage is assessed. Luckily, organizations from around Brazil have come together to rescue as many animals as they can and treat their wounds with the hope that they will be healthy enough to be released back into their native terrain.

In an interview with Radioagência Nacional, biologist Mahal Massavi explains, “[The animals] are captured, anesthetized, all in the company of medical veterinarians. These animals are screened to evaluate their state, to see how they are. If it is not serious, they are bandaged and released back in areas free of fire. In cases where the animal has a serious injury, the animals are routed to the [state] capital, Cuiaba, or Goias.”

The LA Times interviewed Daniela Gianni, veterinarian and coordinator of the jaguar conservation organization called Instituto NEX No Extinction, who claims that never in her twenty years of experience has she seen burns as bad as those she has encountered as a result of the Pantanal wildfires.

Researchers at the Federal University of Ceara (UFC) and the Instituto de Apoyo al Quemado (IAQ) have turned to a creative method to effectively heal burn wounds: tilapia skins. These facilities repurpose discarded tilapia skins that would otherwise go to waste and apply them as bandages to injured animals. One researcher, Felipe Rocha, clarifies that tilapia skin has a thick layer of collagen, a protein that is extremely important to the healing process for burns. While this medical practice has been tested on horses, this is the first time it has been applied to wild animals.

Dealing with injuries caused by the fires, however, is only part of the problem. Biology professor Ben Hur Marimon Junior from Mato Grosso State University also discusses with Radioagência Nacional that the wildlife mortality rate will only increase because countless animals have already lost their sources of food and habitat: “So some populations, some animals, primarily at the top of the food chain, such as the jaguar, that feed off of other animals, will suffer plenty because they will be without food.” Furthermore, he suspects that future rains will only pollute rivers with the debris and soot it washes away from the fires, therefore affecting the acidity and nutrient levels in the water and negatively impacting fish species.

While wildlife populations face a future of uncertainty, so do their human neighbors. The Brazilian state of Mato Grosso is also shared by several Indigenous communities, many of which had originally relocated to the west due to displacement decades ago. By mid-September, almost half of Indigenous lands had suffered burns, as fires have destroyed houses, plantations, and caused many people to be admitted into hospitals for respiratory problems. Unsurprisingly, the intensity of the problems only grew in August and September, the months in which the wildfires had surged by 72%, according to an article by Agência Pública.

For communities that rely on the land to sustain themselves, the effects are already long-lasting and tragic. The Guató people, for instance, witnessed at least 83% of their home burn before their own eyes. Tribe member Alessandra Guató shared the following with Agência Pública: “The burns destroyed farms, burnt houses. The fire destroyed a large part of our territory, destroying many trees, animals, birds, harming our flora and fauna and our food security because it destroyed our farms. We are very worried about our forests because it is from them that we get our sustenance, our traditional medicines. With the burns, all of that is compromised.”

To add insult to injury, the wildfires come amidst the spread of Covid-19. Since the breakout of the pandemic, Indigenous populations have been labeled as the most at risk throughout all of Brazil, holding the highest death rate among the country’s various ethnic groups. Traditional communities in the Pantanal have also been blamed for the spread of Covid and wildfires in the region. Some farmers have turned to social media platforms to accuse Indigenous people of being Covid carriers, as well as faulting them for starting the wildfires. As it turns out, many Indigenous people are contracted to perform controlled burning as a measure to prevent future fires from spiraling out of control. Farmers who have blamed them for the devastating fire season have capitalized off of this information and manipulated it to paint them in a negative light.

Many believe that a quicker response from the state would have helped mitigate the damage from the large-scale fires. Due to the lack of state intervention, NGOs and volunteers have traveled to the Pantanal to combat the fires and offer relief to people and wildlife. In an interview with Mediamax, professor Thadeu Sobral from the Institute of Biosciences at the Federal University of Mato Grosso explains that NGOs and universities have chosen to step up to the plate because the government has failed to do so. “We have to understand what [the fire] is doing to biodiversity and we have not seen government officials sit down to talk about it.”

The Director of the wildlife conservation organization AMPARA Animal, an NGO founded in 2010 with the mission of protecting animals in Brazil, has similar feelings. “Are NGOs the ones that need to establish anti-fire posts? They’re not, but because we see that there is no support, we will combine forces and create them,” she tells Mediamax.

Perhaps lack of government support can be attributed to the popular counterargument that wildfires are a natural phenomenon. Among those who are attempting to downplay the severity of the fires, the belief is that the biome is resilient and self-regulates and for that reason, the region will return to normal in the next two years.

Local volunteers and organizations have been working over the last three months to alleviate the tragic aftermath of the wildfires for the surrounding populations, wildlife, and vegetation. Without adequate government support, most of these NGOs rely on the help of donations to fuel their efforts. In a year of unprecedented hardship, both due to the wildfires and the Covid-19 pandemic, donations are even more significant; every dollar advances their efforts to conserve the Pantanal and provide relief for residents and wildlife. The following organizations are just a few of the many that have made a difference in the lives of people and animals impacted by the fires in the Pantanal.

AMPARA Silvestre is a branch within AMPARA Animal that was founded in 2016. Their mission is to protect endangered species, such as the spotted jaguar, and rehabilitate animals to eventually reintroduce them back into the environment, including those held in captivity.

Instituto Homem Pantaneiro was founded in 2002 and since has been dedicated to the preservation of the Pantanal biome. Beyond organizing protection and conservation programs, IHP promotes education and dialogue surrounding the environment and its actors. This year, they have been key in training volunteers to fight fires and mobilizing these groups throughout the region, all with the help they have received through donations.

Esperança Comitiva is an organization dedicated to meeting the basic needs of families affected by the Pantanal fires. They provide food, basic hygienic necessities, and information to these families, which have also been struggling in light of the Covid-19 pandemic.

Brigada Alto Pantanal is a project organized by Instituto Homem Pantaneiro to provide funding for the training and salaries of firefighters, transportation costs, and the rehabilitation costs for injured wild animals.

Fundação Ecotrópica, founded in 1988, works towards preserving the Pantanal by supporting research in the region and improving the relationship between the public and nature conservation efforts. Most recently, in response to the destruction left from the wildfires, they have rescued injured animals and organized calculated feedings to alleviate starvation among surviving animals.

Guyra Paraguay is an NGO whose mission is to protect biodiversity on the Paraguayan side of the border. They work to involve local communities in conservation efforts so that future generations may enjoy the benefits of a healthy Pantanal.

Beyond serving as a home to an impressive range of biodiversity, the Pantanal plays a crucial role in the water cycle by storing and purifying water, renewing nutrients, regulating the local rainfall and temperature, and mitigating floods. The Pantanal rarely attracts as much international attention as its enormous neighbor to the north, the Amazon rainforest, but its massive size and its relevance to climate regulation merit more consideration in discussions surrounding conservation and preservation.

It would be irresponsible to assume that the effects of the wildfires this year will not have a lasting impact on the Pantanal’s biodiversity. Several NGOs in the area are dedicating themselves to preserving the region, and in light of the devastating fire season this year, their efforts have become more important than ever. Support from other countries, just as much as from within Brazil, is what illuminates the vitality of their work and allows them to do what they do. It will take a global effort to protect the Pantanal before climate change damages it beyond repair, and that effort must start now. 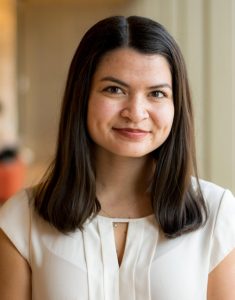 Noelani is a rising senior at UChicago, pursuing majors in Global Studies and Romance Languages with a particular focus on Latin America, Spanish, and Portuguese. Originally from Southern California, her interest in studying Latin American culture cultivated while she was enrolled in a K-12 Spanish immersion program. Since then, Noelani has worked to expand access to higher education in Mexico and Brazil through EducationUSA, taught English to Spanish and Portuguese-speaking communities, studied Portuguese and Brazilian culture intensively in Rio de Janeiro, and conducted research on the cultural impacts of rapid environmental change on vulnerable communities primarily in the Brazilian Amazon. As a Latin American Correspondent, Noelani hopes to shed light on grassroots movements that give a platform to communities who face the brunt of environmental change, all while making their stories more accessible and relevant to U.S. readers. 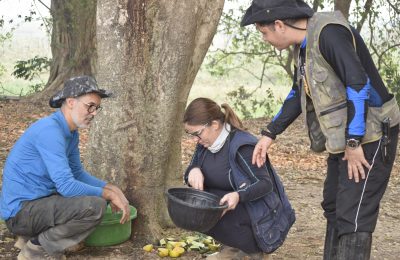