“People, Plants, Planet” is the simple yet all inclusive slogan of the Andean Initiative, a project which seeks to elevate food systems and food security in the Andes and beyond, while also promoting social and economic equality for Latin American farmers. The Initiative was launched in July of 2020 by the Lima, Peru based organization called, The International Potato Center (The CIP).

The CIP is a research for development organization which implements innovative science-based solutions to improve affordable food access, promote sustainable development growth, and utilize the climate resilience of root and tuber agricultural systems. Their work on the Andean Initiative is an extension of these goals, as it aims to uncover solutions to create more resilient food systems through a mix of scientific research and conservation.

As a follow up to an earlier article, Latina Republic spoke with Lead Scientist and founder of the Andean Initiative, Stef De Haan. In the interview, Mr. De Haan provides an inside look into both the inspiration behind the initiative, as well as some of its goals as the global community moves into an increasingly unstable future for global food systems.

Latina Republic: What is your role with CIP and the Andean Initiative and what was the process like to create and launch the project?

Stef De Haan: My main role with CIP is to set up the Andean Initiative’s Partnership Platform. When the initiative was started in 2019, the primary focus was on stakeholder consultation. We partnered with a range of governmental, private sector and civil society organizations to study past work and determine the most important new challenges and priorities that should be addressed in the initiative’s goals.

In 2020, the initiative was launched and by mid-2020 we were beginning to work on implementation. Some of the main topics which we focused on throughout our planning and implementation were climate change, agriculture and agro-biodiversity.

Latina Republic: Can you explain in more detail the goals of this project and some of the ways in which you and your colleagues plan to implement them?

Stef De Haan: One of the main goals of the project is to take advantage of the richness of the Andes. Since CIP originated in 1971, the Andes has been its home base for research, study and work. A large majority of the crop species important to the food system in both South America and the world originated in the Andes, so it is a very important place of study for global agriculture. Rather than focus on just a single crop, the project aims to study the complex and systematic problems which affect the Andes.

The process of implementation so far has been very inclusive and very demand oriented. We have been able to build on what the different organizations we work alongside see as priorities. When you have many organizations and stakeholders working together, getting traction in the beginning is a challenge.

One of the main focuses of the project at the moment is the establishment of co-laboratories. These co-laboratories will be action landscapes or partnerships set ups in a variety of locations throughout the Andes where participatory action and research will take place.

The creation of co-laboratories is based on the idea that there is no “one-size fits all” for the Andes, as every Andean environment is incredibly different. Both the contexts and the effects of climate change and agro-biodiversity greatly differ between the many Andean regions.

In order to take advantage of the regional environmental diversity, there must be different approaches that are adapted to the local and available resources. The laboratories would also allow us to experiment with strategies in different regions to see which methods of agro-biodiversity research and implementation work, and which methods do not work. Ideally, the co-laboratory initiative would consist of 5 or 6 laboratories where global science can take place for the Andean Region.

Latina Republic: What do you think the International Community can learn from the Andean Initiative in terms of conservation and food security?

Stef De Haan: I think to begin, there is the obvious global implication of the Andean Initiative which is the ability of different mountain regions to learn from each other. Mountain regions are some of the areas most impacted by climate change and also have very strong indigenous farming practices and traditions as well as higher levels of diversity.

These characteristics make them important areas of research and development in agriculture which can be instigated by sharing these principles between different mountain regions. That’s certainly one element I hope we can work on globally through the Initiative.

This project also has the ability to help the international community recognize the future potential and value of the bio economy and of the unique diversity of Andean agro ecology. Much of the export boom in Peru in the last few years has been driven by agriculture, but most of these crops have been introduced. These crops played a big part in driving the economy and the economic growth in agriculture.

I also hope that we can shed light on the potential of the wide range of native crop varieties located in the Andes which exist for many of the crops which are highly popular worldwide. For example, quinoa, a well-known crop globally has 40-50 different auto-crops with the same nutritional potential; all of which grow in the Andes and Amazon regions.

Another crop called tarbee, a lupine, is as high in protein as soy and is an extremely healthy crop which is also native to these regions. Many crops such as these are unique to the Andes and could greatly help increase farmer’s incomes, allowing them to introduce more sustainable farming methods to their crops and drive change in the food system.

That is what I hope we can emphasize through the initiative, we do not need to compromise diversity and agrobiodiversity with development, but instead can use these things to trigger development.

Latina Republic: What do you envision as the future of this project? Where do you see it in 10 years?

Stef De Haan: I hope that 10 years from now, we will have a very different reality. For the moment I think this reality is something we have in mind, but we are not there yet. One of the key factors in getting to this reality is the issue of malnutrition, which is an area of the Andean Initiative which we have still not yet fully developed. Malnutrition is a significant problem throughout Latin America and more specifically, in the Andes, where rates of starvation have seen a notable decrease but obesity rates have gone up very quickly.

I hope that in 10 years from now, certain things will change to combat this problem such as improvements in school meals as well as the procurement of funding from the government to provide better food in school systems. I also hope to see an increase in the awareness of young people, teachers and parents in regards to the country’s own unique crops and crop diversity and the ways in which these resources can improve their nutrition.

I also hope to see this reflected in people’s eating habits, especially young people and young families. It is important that they gain the understanding that they don’t have to look abroad to find good food, they can actually find it very close to home. I hope they come to realize that it is already firmly embedded in their culture.

To learn more about the CIP, you can visit their facebook page, The International Potato Center, or follow their instagram @cip_potato. You can also subscribe to their newsletter https://cipotato.org/newsletter-subscription/  to learn more about the organization’s projects and how you can get involved to join the fight for sustainable global food systems. 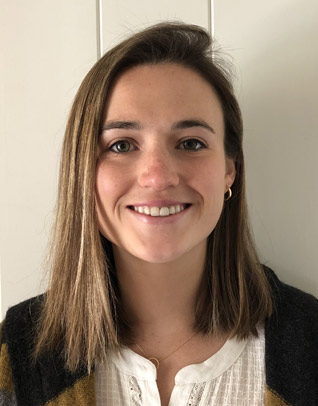 Nicola is a graduate of Dickinson College with a Bachelors Degree in Environmental Science and a minor in Earth Sciences. During her time at Dickinson, Nicola developed a strong interest in sustainable agriculture and innovative sustainability solutions which empower individuals and their communities. Nicola has had considerable experience working at an environmental conservation non-profit where she wrote grant proposals, drafted local environmental policy bylaws and created educational science programs for local schools. Nicola has always been passionate about the power of writing and the ability to share an individual’s experience through a story. In her work as a Latin American Correspondent, she hopes to share the stories of the people and organizations making positive environmental changes within communities across Latin America. She hopes that through these stories, she can shed light on both the progress and struggles of individuals throughout these regions.