Cinco de Mayo is a day well known by many as the commemoration of the Mexican Army’s win in Battle of Puebla in the year of 1862. There is another special occasion on the same day that may not be well known. This day is also International Day of the Midwife which is meant to recognize the labor of people who dedicate their lives to help women in labor and their babies. Midwives not only dedicate their lives to help women, but are also of service to the entire family and are a crucial part in the lives of many families around the world.

On this day, the Directorate of Ethnology and Social Anthropology (DEAS-INAH) presented a forum organized by the Independent Working Group on Traditional Midwifery in Mexico about the importance of midwives and the hardships that they encounter and have encountered on a day-to-day basis. This forum presented part of a documentary about Traditional Midwifery: Knowledge and Practices highlighting the importance of traditional midwifery through the experiences of actual midwives.

Afterwards, there was a discussion about the laws and views of the government and the health care system regarding the restrictions placed on the practice of midwives. One of the major topics discussed was the risks midwives faced in being vanished from the Mexican culture.

This forum empowered the roles of midwives and informed society on the critical role they have and the respect they deserve.

Traditional midwifery has been fundamental for the physical and cultural reproduction of the indigenous peoples and other communities in Mexico. Through this practice of ancestral origin, knowledge of integral systems of attention to pregnancy, childbirth and postpartum have been preserved. These systems include understandings of the therapeutic effect of plants and other natural resources; effective corporal techniques for the development of pregnancy, childbirth and postpartum, and the incorporation of rituals that strengthen community identity.

The traditional midwife is at risk. For several decades, a regulatory framework has been imposed that excludes the medical systems of indigenous peoples, under the assumption that only hospital care with the intervention of obstetricians can reduce the high number of maternal deaths.

The commercialization of health, the dispossession of indigenous peoples’ knowledge and territories, the application of public policies without cultural belonging and the imposition of cultural practices on indigenous peoples and rural communities have placed the ancestral knowledge and practices of the traditional midwife are at risk of extinction, proclaims DEAS-INAH. 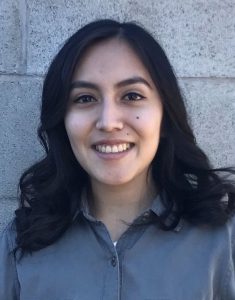