On Tuesday, May 11, seven mayors from Honduras attended a meeting scheduled by the Minister of Health, Francisco Alabi of El Salvador with the aim of fine-tuning the last details for the delivery of donated vaccines against COVID-19. They met with President Bukele, whom they thanked for heeding the call and delivering the supplies to immunize the most at-risk population in their localities. The Honduran mayors described the situation that each one lives in their respective Honduran municipalities and said they had sought support from President Nayib Bukele when they found themselves in an uncontrolled situation in Honduras.

Amable Hernández, mayor of San José de Colinas, Árnold Avelar, from Aranda, both from the department of Santa Bárbara; David Castro, from the municipality of Cedros, and José García, from Ojojona, from the department of Francisco Morazán; as well as Carlos Galeano, from Santa María del Real, and José Chirinoso, from Manto, towns of Olancho; together with Efraín Muñoz, municipal chief of San Marcos de Caiquín, in Lempira, attended the meeting.

In the early hours of this May 13, seven refrigerated trucks began the transfer of 34 thousand doses against COVID-19 to the border with Honduras. The head of Health reiterated that for El Salvador it is an opportune moment to contribute a grain of sand with which they hope to help protect the population of a sister country, since one of the municipalities that has requested help has the record for the highest number of fatalities due to the COVID-19 in Honduras.

Milton Turcios reports on the unfolding of events from Honduras.

COVID-19 has left the global community in mourning. The virus has left many countries with little hope of ending the battle with the disease. A silver lining during these hard times, can be seen in the acts of solidarity of large and small nations toward nations in grave need.

Among the generous nations is El Salvador, a country governed by President Nayib Bukele, who has shown the best management of the pandemic in the region. El Salvador built hospitals to care for patients infected by COVID-19, and prioritized the welfare of their medical providers through equipment and safety biosecurity measures. El Salvador was the first country in Central America to begin immunizing its population.

Near El Salvador is our country of Honduras with poor handling of the pandemic, medical personnel working in the streets due to lack of hospitals or biosafety equipment and one of the most serious problems, the late purchase of vaccines to immunize the Honduran population. We can add to this list, the irregular purchases of mobile hospitals, a case mentioned in the chambers of the Honduran courts.

For all the aforementioned reasons, a group of mayors from Honduras turned to El Salvador for help. In a video addressed to Nayib Bukele, 7 Honduran mayors pleaded for donations of the vaccine to protect their most vulnerable residents, senior citizens and those with chronic diseases.

This request was answered in a timely manner.

The mayors of Santa Bárbara, Amable de Jesus Hernandez and Arnold Avelar, were part of these seven mayors who went to visit President Nayid Bukele and were received with a red carpet treatment in our sister country of El Salvador. Without delay, the minister of that country announced that 34,000 vaccines would be delivered to the mayors’ Honduran communities.

The mayors returned to Honduras accompanied by a group of Salvadoran humanitarian helpers and trucks filled with vaccines. Many catrachos waited for the mayors to enter the country, greeting the trucks with flags of the nation of Honduras and El Salvador shouting gracias! to Nayib Bukele.

Arriving at night, the next day, 75-year-old grandparents were vaccinated.

84-year-old Don René Villanueva became the first elderly person to be vaccinated against COVID-19 in the municipality of San José de Colinas, department of Santa Bárbara.

An elderly Honduran woman who received the vaccine expressed her gratitude: “ We have been praying for a miracle because we have no hope here in Honduras.”

Another vaccine recipient echoed the sentiments: ” We know we are not part of the Salvadoran pueblo but as Central Americans we are deeply grateful for the favor donating vaccines to us.”

The Mayor Amable de Jesus Hernandez was criticized by other mayors as a “beggar” for asking President Nayid Bukele for vaccines.

“If I am a beggar, it doesn’t matter, for my people, I will do whatever it takes,” emphasized Amable.

Another of the mayors, Arnold Avelar, mayor of the municipality of Arada, Santa Bárbara, did not hesitate to put on a Nayib Bukele tshirt as an act of gratitude for the donations by the Salvadoran president.

“I thank President Bukele, I am wearing this shirt with his image to show how grateful I am. My people are urged to get immunized. There is no time to wait,” said Arnold.

The vaccines are being applied to people 75 years of age and older and personnel with chronic diseases. Vaccination has reached the most remote places of each municipality, which is difficult to believe that the most humble peasants are already vaccinated in such an unequal country. Some Hondurans traveled to the United States to get the vaccine, of course, those with the funds have been able to do it, the poor who are the majority in Honduras, hope for the donated vaccine.

Thank you, Mister Nayib Bukele, thank you, volunteers from our neighboring country of El Salvador, for your support, thank you for showing that you are small territory with a big heart. Thanks in particular from us, “Los Pateplumas.” 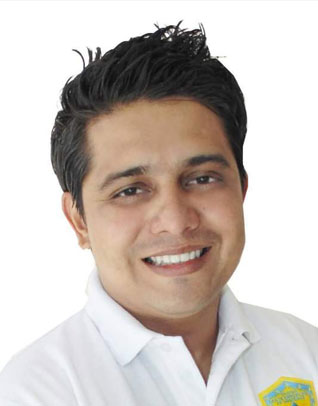 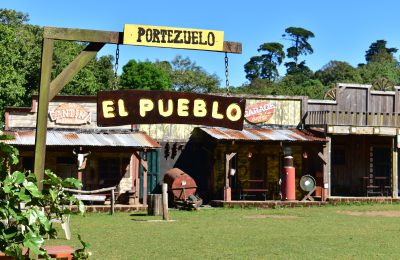 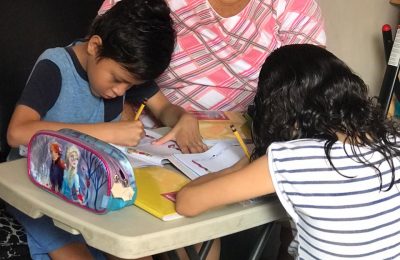