Deforestation in Latin America and the Caribbean accounts for 44 percent of the total loss of tropical forests, and most of the agricultural projects are carried out illegally, concludes a global study by the non-profit organization, Forest Trends.

According to Forest Trend’s May 2021, report, Illicit Harvest, Complicit Goods: The State Of Illegal Deforestation For Agriculture, by Cassie Dummett, Arthur Blundell, Kerstin Canby, Michael Wolosin, and Eszter Bodnar, the planet lost 77 million hectares of tropical forests between 2013-2019 in Latin America, Southeast Asia and Africa. Of these, 60 percent —46.1 million hectares— were driven by commercial agriculture, and at least 69 percent of this agro-conversion was carried out illegally.

The report defines “forests” as those lands with more than half of their area covered by vegetation taller than five meters, that still provide robust ecosystem services (e.g., supporting well-functioning pollination, water and nutrient cycles, and carbon sinks). “Deforestation” and “forest loss” are defined as the complete and permanent loss of trees in a forested area. This report covers all forest types found in tropical countries, including tropical rainforests, the dry forests of the Brazilian Cerrado, and the Gran Chaco of South America.

The report describes illegal deforestation as forest clearing in violation of a producer country’s legislative framework (e.g., their laws and regulations) at the time the deforestation took place. The analysis focuses only on material violations. Breaches of international law or customary law are not included unless they are integrated into national legislation. Below, is a list identified by the report as common illegal practices.

Consumables such as beef, soybeans and palm oil were responsible for the destruction of at least 31.7 million hectares of rainforests in the world during the last seven years, an amount that represents 4.5 million hectares per year and represents 2.7 gigatons of annual CO2 emissions.

“We don’t need to cut down more forests to grow food,” ecologist Arthur Blundell, co-lead author of the report that sheds light on the interrelationship between commercial farming and illegal deforestation, told SciDev.Net.

“People need to understand the role of commercial agriculture in driving illegal deforestation and the importance of tropical forests,” he adds.

“Unfortunately, the forest is still not considered something viable (economically), hence the interest in deforesting to make it productive. Agribusiness, in turn, has economic viability and high incentives from the financial point of view,” geographer Eraldo Matricardi, associate professor at the University of Brasilia (UnB), who did not participate in the study, told SciDev.Net.

Based on data from 23 countries, the study estimates that deforestation in Latin America and the Caribbean accounts for 44 percent (33.9 million hectares) of all forest loss in the tropics, and 77 percent of this loss has been due to to commercial agriculture.

In Brazil, the main agricultural products responsible for deforestation are beef and soybeans. Pastures generated 74 percent and soybeans, 20 percent of the forest loss. In Mexico, commercial agriculture is the cause of 68 percent of forest loss, with a combination of large ranches and smaller fields for crops and fruits.

“Agricultural producers need to strengthen their laws and stop illegal deforestation, but international consumers also have a role. They have to make sure that what they buy is not related to the loss of forests,” tells Arthur Blundell, ecologist and co-lead author of the Forest Trends report.

Along with soybeans, palm oil and livestock products (beef and leather), other basic products, such as cocoa, rubber, coffee and corn, are also the main causes of illegal deforestation.

Likewise, the study draws attention to the responsibility of consumers in the United States, China and the European Union (EU), the main importers of these basic products.

“Agricultural producers need to strengthen their laws and stop illegal deforestation, but international consumers also have a role. They must ensure that what they buy is not related to forest loss. If you are buying something in Brazil, for example, there is a lot of evidence that it may come from deforestation,” says Blundell.

Matricardi agrees that the best strategy would be to leverage consumption and explains that currently European countries are more aware of what they buy. This is reflected in Brazilian soy exports: 70 percent goes to China and 13 percent to the EU, but while exports to China are increasing, EU imports from Brazil are decreasing.

Illegality is presented as the main driver of deforestation: most of the agricultural conversion was carried out in violation of national laws and regulations in Latin America (88 percent), Africa (66 percent) and Asia (41 percent). In the 23 countries analyzed, the percentage of agro-conversion that is illegal varies from 37 percent in Malaysia to 89 percent in Colombia and 97 percent in Mexico. The authors point out that illegality is a consequence of corrupt systems in the countries.

In Brazil, illegality supposes “impunity for deforestation in legal reserves and preserved areas, amnesty for land seizures, and accelerated deforestation of environmental protections, since President Jair Bolsonaro came to power,” the report says.

Looking at the role deforestation played in climate change, the report shows that emissions from illegal agro-conversion account for more than 2.7 gigatons of CO2 per year.

Matricardi also warns about the effects that climate change can have on commercial agriculture.

“There are regions where the climate and reduced rainfall will have a great influence on agriculture. The irrigation will resolve itself for a time, but in the long run the effects will be severe. “

Illegality is presented as the main driver of deforestation, tells EFE Verde. Most of the agricultural conversion has been carried out in violation of national laws and regulations in Latin America (88 percent), Africa (66 percent) and Asia (41 percent). In the 23 countries analyzed, the percentage of agro-conversion that is illegal varies from 37 percent in Malaysia to 89 percent in Colombia and 97 percent in Mexico.

The countries with the largest areas illegally cleared for commercial crops are Brazil and Indonesia, followed by Bolivia, Colombia, Mexico and Malaysia; 31% of agricultural products produced on deforested lands are exported and its main destination countries are (in this order): the United States, China, the United Kingdom, and the European Union.

One problem researchers face is that many countries do not report data on illegal deforestation and reliable national information is scarce. The Illicit Harvest Complicit Goods Report by Forest Trends confirms that the rate of forest loss “need not and must not continue.” The researchers point out complex problems entangled with deforestation and their solution:

“There is already enough land in agricultural production worldwide to provide a healthy diet to a growing human population for decades into the future; the services forests provide to people are too valuable and irreplaceable to keep sacrificing; and countries cannot meet global climate goals without dramatically reducing deforestation.” 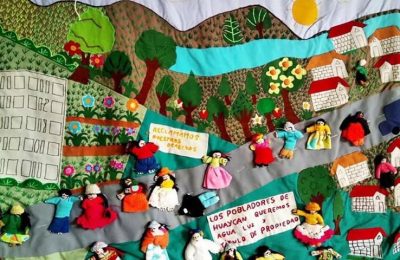