Alejandra sat patiently waiting outside of her elementary school as the last bell sounded off. A kind teacher comforted Alejandra as she grew restless. She was used to being the first one to get picked up from school. Alejandra had spent the day practicing her fractions and reading books. To her, this looked like every other day.

As time passed, Alejandra asked her teacher why her mother had been so late. Her teacher, not knowing exactly how to respond, assured Alejandra that everything would be alright. It had been more than an hour since the last bell rang and the teacher began making discreet calls. Trying to keep calm and collected, her teacher brought Alejandra inside her classroom and gave her something to eat.

Alejandra, though maybe too young to understand what was happening, knew that something was wrong. She was unaware of the fact that her mother had been detained by Immigration Customs Enforcement while she was on her way to the school. Her teacher, who learned about what had happened, distracted and comforted Alejandra to minimize her worries.

Alejandra was not aware that ICE had detained her mother just a couple blocks down the street when she was on her way to pick up her daughter. The officer had allowed Alejandra’s mother to stop by the school to say one last goodbye to Alejandra, knowing it might be the last time that she saw her daughter.

Ever since that day, Alejandra thought of her mother every time the last bell rang. Instead of going home to her mother like she was used to, she went home to her temporary foster home while her mother fought for custody in Mexico. Alejandra had no other family in the United States, so her feeling of isolation greatly increased with her mother’s deportation. The uncertainty of not knowing if she would see her mother affected Alejandra’s ability to concentrate on her school work. She fell behind in her reading skills and had trouble with her mathematics problems.

Three years had passed since her mother was deported and Alejandra was starting to understand the severity of the situation. Although Alejandra’s mother made sure to have a video chat with her daughter every day, her time was limited as she had hired an immigration lawyer in Mexico. As Alejandra finished elementary school and began middle school, she began to understand the importance of doing well in school, regardless of the status of her mother. Though it was difficult, Alejandra promised her mother she would not let the deportation affect her education.

Although Alejandra’s story is fictional, it was created using statements from various immigrant children in the United States, including Magdalena Gomez Gregorio whose father was detained during a raid by Immigration and Customs Enforcement. It is the reality that immigrant children and the children of immigrant parents face with their educational opportunities. Though there are many educational barriers that immigrant children face, the reporting of the issues is not a topic widely discussed in the news. Students in K-12 education face barriers that are different from those students in college and university, however, the stress stems from the same thing: immigration law in the United States.

While it is important to report on the issues, the public needs to know how issues such as stress and language barriers affect the education of immigrant children.

Any student in the U.S. education system comes across at some point in their journey high and constant levels of stress. Being bombarded with constant assignments and exams as well as personal issues at home prevent students from excelling and doing the best they possibly can in school. For immigrant students and children of immigrant parents, there is an additional stressor that may interfere with their excellence in their education: immigration status.

Students in K-12 who are either immigrant students themselves or the child of immigrant parents make up a large percentage of the education system in the United States. According to a research study by the Pew Research Center, 3.9 million K-12 students in public and private schools were children of unauthorized immigrants in 2014. These 3.9 million students make up nearly 8% of the U.S. school population, and have been increasing at a steady rate. Of three million high school graduates, 65,000 of them are undocumented students, states Teachers College Press reporter William Perez.

Given that immigrant children and children of immigrant parents make up a large percentage of the education system in the United States, immigration status adds to the regular stress levels for students of both lower and higher level education. K-12 students and college level students, which includes many DACA recipients, stress over immigration status and whether there will be a future for them in the United States.

These students stress over their own immigration status or the immigration status of their family. They fear deportation and separation which interferes with their ability to focus in school. The deportation and detention of immigrant family members contribute to high stress levels and interferes with immigrant children’s education. Students who are undocumented are at risk of deportation or facing time in detention. These huge obstacles affect children’s well being and undoubtedly, their education.

The main language that is used in the United States education system is English. Given that Spanish is the most commonly spoken language among immigrants aged five and older, many immigrant students struggle in excelling in their education because they face a language barrier, according to Pew Research Center.

Immigrant children who do not speak English, or are not as advanced in the English language as their peers, face difficulties with the learning process. These students end up taking additional classes to strengthen their basic English skills. For many of them, education becomes stressful and catching up, impossible.

The linguistic isolation that immigrant students face prevents them from being at the same level as other students. According to a study done by the Public Policy Institute of California, 13% of California immigrant children ages 5-18 do not speak English well or at all. When these children begin their education in the United States, they have to quickly begin learning the language so that they do not fall behind. Unfortunately, having to learn a new language while simultaneously keeping up with other material proves difficult for immigrant students.

Social and cultural isolation is defined as “being cut off from normal social networks, such as having no access to normal services or community involvement, little or no communication with friends or family,” according to a research study conducted by No Isolation. Immigrant students often feel like they are different from their classmates and peers due to their diverse background, so they often have a difficult time making connections with others.

In terms of academic isolation, when an immigrant child comes to the United States, they often find that the curriculum is different in the United States than it is in their home country. Whether it be the pace at which the curriculum is taught or the certain type of academic material being taught, the academic isolation immigrant students face in the U.S. education system leads students to believe that they are not as “advanced” or “educated” as their peers. The concepts children are taught in mathematics or literature are different in Spanish-speaking countries than it is in the United States.

Feelings of isolation pile on to the ones of fear and inadequacy which make it difficult for these children to focus on school when they feel as if they do not fit in.

Immigrant families struggle financially due to unemployment, underemployment, low wages and lack of assistance from the government. According to Live Stories Immigration and Citizenship, 14.7% of immigrants in the United States live below federal poverty level. When immigrant families are living in poverty, it is difficult for families to support their children.

This translates into lack of funds to purchase school supplies or clothing which builds on the inadequacy children experience in school. Immigrant students may not be able to attend any field trips or participate in after-school activities because the families are not able to financially support them. As a result, these students are prevented from learning and accepting educational opportunities that come their way.

In higher education, like community college or university, immigrant students or children of immigrant parents struggle financially in terms of paying tuition or paying for other expenses such as textbooks and dorms. Some immigrant students coming out of high school may hold back from attending or applying to a certain university because they fear that they will not be able to financially cover their education, deterring any educational opportunities that are available while attending university.

In addition to financial barriers, immigrant students are not as fortunate as other students in having accessible and affordable health care. Ensuring that students are healthy both physically and mentally play a vital role in their education. Kaiser Family Foundation states that four in ten (45%) of undocumented immigrants are uninsured. In terms of children who attend school, children with at least one non-citizen parent are more likely to not have health insurance.

The barriers that immigrants face in the United States education system are numerous. This is an urgent topic that should be prioritized in the media and news reporting. Today, there are various organizations that support immigrant children with their education in the United States. And this is a good start, but much more work is needed on several fronts.

Legislation is where permanent change can be implemented to ensure that immigrant students and children of immigrant parents can have a successful education in the United States. Protections such as, DACA and programs that help children with their immigration status should become accessible to families all around the country, regardless of their financial or ethnic background.

Immigrant children are the future of the United States. The type of future they contribute will depend on the investment this nation makes on their education and wellbeing. They stand to contribute medical advances, scientific discoveries, work and expertise across disciplines. They are the next leaders, the future advocates of their communities. To ensure that this happens the federal and state governments and the departments of education should protect the future generation and facilitate the resources needed to complete their education.

After all, education is a right that should be given to all students, regardless of their race and ethnicity. The immigrant youth in the U.S. will be tomorrow’s innovators. The American democracy and economy will hinge on the ability of the country to invest, value and pour into the education and welfare of its immigrant children. 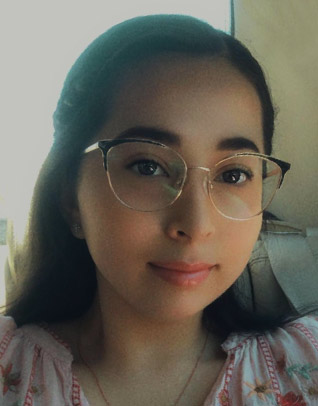 Valeria is a junior pursuing a major in Political Science/Law and Society with a minor in international relations. Coming from two immigrant parents who were born in Guadalajara, Jalisco Mexico, she has seen first hand the hardships immigrants face when moving to America. Seeing the difficulties immigrants deal with on a daily basis in America, it has inspired her to pursue a career as an immigration and civil rights lawyer. She has a passion for fighting for the rights of not only immigrants but for individuals who face racial and social injustices. She wishes to raise awareness about immigration issues such as the inhumane conditions children and adults experience in detention camps as well as helping families attain their documents to be able to work and live in the U.S. In the future she would like to start a charity that helps immigrant families overcome the difficulties that come along with living in a foreign country that is not always welcoming to immigrants. Valeria hopes that her work as an immigration writer will allow her to spread the stories of immigrants and that her career in immigration and civil rights law will allow her to create change for the Latino immigrant community. 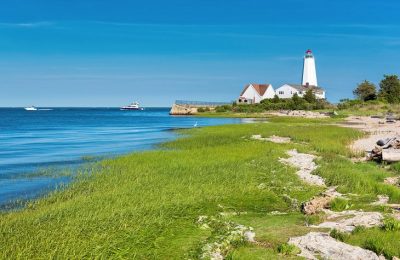 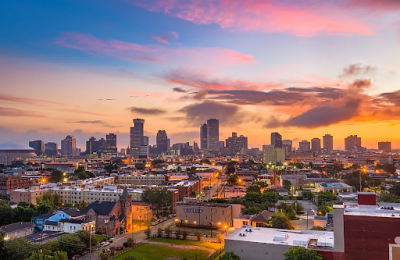