Last night the elected president of the Republic, Pedro Castillo Terrones, made a call for the unity of the citizens and announced a just, sovereign and dignified government for all Peruvians of all backgrounds and sectors of society. The National Elections Jury (JNE) proclaimed Professor José Pedro Castillo Terrones as the elected president of the Republic for the period 2021-2026.

“Dear compatriots, I will serve with an open heart for each and every one of you; there will be no rancor or difference,” emphasized the president-elect, in his first speech after the announcement of official results by the National Elections Jury (JNE).

Pedro Castillo, will have the task of governing Peru from July 28 to 2026 after winning with just over 44,000 votes, a polarized second round against the leader of Fuerza Popular, Keiko Fujimori, who lost her third consecutive ballot.

From the balcony of the Peru Libre venue, Castillo Terrones told Peruvians: “You will come first, the Peruvian race comes first, first, Peruvians, first, will be us,” he emphasized. After thanking the electoral system authorities and greeting the political parties that participated in the 2021 elections, the president-elect called for “the broadest unity of the Peruvian people.”

I call for unity – he added – to forge the future and “open the door of the next centenary (of the Homeland), celebrating this Bicentennial with all its differences, with all its problems and with everything we have lived through.” Supporters of Peru Libre repeatedly interrupted their leader to chant slogans such as,”Pedro, my friend, the people are with you!”

A teacher by profession, from a family dedicated to agriculture in the Cajamarca region, José Pedro Castillo Terrones, will hold the presidency of the Republic for the period 2021 -2026. He was born on October 19, 1969 in the Cajamarca district of Tacabamba, where he resides. He is the third of nine siblings, and his parents are Ireño Castillo Núñez and Mavila Terrones Guevara.

Castillo studied at the Octavio Matta Contreras de Cutervo Higher Pedagogical Institute, and then received a Bachelor of Education at the César Vallejo Private University. He also holds a Master’s in Educational Psychology from said house of studies. From 1995 to the present, Castillo Terrones has practiced his profession as a teacher at educational institution 10465, in the village of Puña in Tacabamba, his first school when he was a child.

Before running for president for Peru Libre; Castillo Terrones was a candidate for mayor of Anguía for the Peru Posible party in 2002. He was also a member of the committee of said political group in the Cajamarca region, between 2005 and 2017, when the registration of this political group was canceled for not passing the electoral fence. In addition, he has served as a teacher leader and led a teacher strike together with other representatives in 2007.

The elected president also indicated that “The most important thing, the most urgent thing is the health of the Peruvian people and then we will see how we do everything possible to improve Peru’s economic situation,” he said.

Professor Pedro Castillo was proclaimed president of the Republic last Monday, March 19, by the National Elections Jury (JNE), after the highest electoral authority rejected the last legal appeals presented by Fuerza Popular. After the proclamation of the Cajamarca teacher, the current head of state, Francisco Sagasti, greeted him and later invited him to the Government Palace to discuss issues of national interest and discuss matters related to the transfer process.

Upon news of Castillo’s election, the US congratulated “the people of Peru for making their voice heard.” The United States declared this Tuesday the country is “eager” to work with Pedro Castillo, the proclaimed Peruvian president. In a statement, the US Secretary of State, Antony Blinken, expressed his congratulations to the Cajamarca teacher.

“On behalf of the people of the United States, I congratulate the people of Peru for making their voice heard in free and fair presidential and legislative elections,” said the head of US diplomacy.

Since the beginning of the electoral campaign, Pedro Castillo, has proposed to implement a popular economy market model in Peru. Initially, the ideology of Peru Libre proposed that this new model would be based on a similar model as implemented in Bolivia and Ecuador, based on a regulation of the “decentralized, redistributing wealth and nationalizing” market.

A member of the Peru Libre’s technical team, Pedro Francke, explained to BBC Mundo the meaning of this model:

“It is a model of free action by private companies, as we have had it until now, but with a greater redistributive component on the part of the State (…) We have to redistribute wealth, particularly mining wealth,” Francke said.

Castillo’s economic spokesman pointed out that funds from wealth redistribution policies would be used to increase social spending on health and education, as well as for greater support for microentrepreneurs in the city and the countryside.

“There is fear about what we could call the “other left,” a left that has a more statist proposal in the style of Cuba or Venezuela, with a multiplicity of price controls, a heavily planned economy, a huge state presence. That is not what we want,” said Francke to BBC Mundo.

Francke reiterates that the new government will promote an open economy, but with greater emphasis on the social.

“The basic idea is that a market economy would be maintained. It is not an idea of massive interventionism by the State in the economy,” he said. For his part, Francke assures that the economic plan does not consider expropriations or “confiscations of savings,” and only specifies that an increase in mining taxes is being considered as well as to fight against the evasion and avoidance of corporate income taxes.

“We are not Chavistas, we are not communists, we are not going to take away their properties from anyone. We are democratic. We respect Peruvian governance and institutions,” said President-elect Pedro Castillo at a massive event in late June. 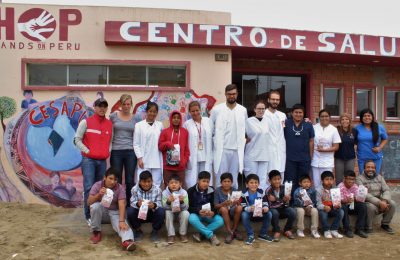 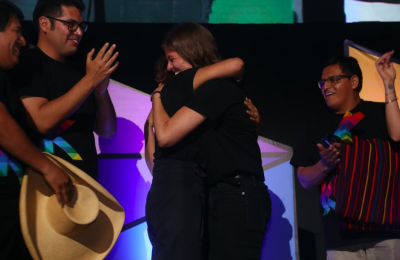