Nevada’s population has experienced a growth over the years, with part of it being attributed to the types of jobs that are available for immigrants. The state has 3 million inhabitants. The Atlantic reports that most people from Nevada live in Clark County, which is where Las Vegas is located.

The state is home to many immigrants, with roughly 1/5 of the population being from another country, which is around 600,000 individuals, or 19 percent of the population based off of 2018 data. There are a number of countries that form this portion of demographics.

Immigrants are a vital part of the state’s labor force across sectors, accounting for nearly two-fifths of all workers in the hotel and food services industry as well as nearly a third of those in the arts, entertainment, and recreation industry.  Immigrants are an integral part of Nevada’s diverse and thriving communities and make extensive contributions to the state across industries.

Half of all immigrants in Nevada are naturalized U.S. citizens.

Immigrants in Nevada are distributed across the educational spectrum.

The American Immigration Council lists the different countries of origin that Nevada’s immigrants come from. Mexican immigrants make up the highest percentage, at 39 percent. The second highest is the Philippines, with 15 percent. Other Latin American countries that have a noticeable percentage in Nevada include El Salvador, at 4 percent and Cuba, coming in at 3 percent.

Along with the Philippines, another Asian country where immigrants have arrived from is China, making up 3 percent of the immigrant community. Historically, the first Chinese immigrants arrived to Nevada in the 1850s, with many finding employment mining, woodcutting, and railroads, as referenced in the Las Vegas Review-Journal.

Chinatown was developed nearly 20 years ago to preserve Asian heritage in Las Vegas, tells Michael Lyle. Although Nevada’s ties to Chinese migration date back to before it was even a state. Chinese migration to the U.S. goes back to China’s hardships of the late 1840s.

The California Gold Rush pulled immigrants to the region, but Chinese migrants were shut out from mining along the West Coast, pushing Chinese immigrants inland in search of jobs. Sue Fawn Chung, a history professor at UNLV, says they began arriving in Nevada in the 1850s.

Chung tells that once in Nevada, Chinese immigrants dug irrigation ditches for the miners in places like Genoa and Dayton. From there, they took on jobs in mining, railroad construction and woodcutting, adds Chung. “Those three industries were intimately connected,” she said.

By the time the California Pacific Railroad began construction in Reno around 1885, Chinese immigrants started to set up their settlements. Woodcutters were instrumental to the growth of industries and cities: “All these roads that were built, we take for granted,” Chung said.

“Without Chinese workers, the West wouldn’t have been settled as fast as it was,” explains Chung. Beyond these industries, Chinese immigrants established a variety of businesses, opening restaurants and laundries, growing natural fresh vegetables and fruits.

By 1900, Chinese-Americans were casting ballots in Nevada elections. “We’ve come a long way,” Chung said. “Now we’ve had many Asian-Americans hold office, from secretary of state to city council.” To preserve their history and culture, migrants and their American descendants established Chinatowns in cities throughout Nevada.

The National Federation of Filipino American Association told Las Vegas Review Journal that Southern Nevada’s “low cost of living, business-friendly tax climate and sunny weather have drawn a mix of retirees and working professionals.” Many Filipinos living in Hawaii and California have relocated to Southern Nevada for greater affordability in the housing market while others have come directly from the Philippines after being recruited by local hospitals and school districts to address local shortages of nurses and special education teachers.

“The influence of Filipinos and other Asian-Americans on the county is readily apparent,” tells Michael Scott Davidson. From county election materials printed in Tagalog, to Asian Culture TV and local community newspapers published in Mandarin, Korean, Thai and Tagalog, to “roughly 12,000 Asian-language books, movies and CDs circulated by the Las Vegas-Clark County Library District,” the Asian community is diverse, vibrant and growing as cultural markers exhibit their recognizable impact. 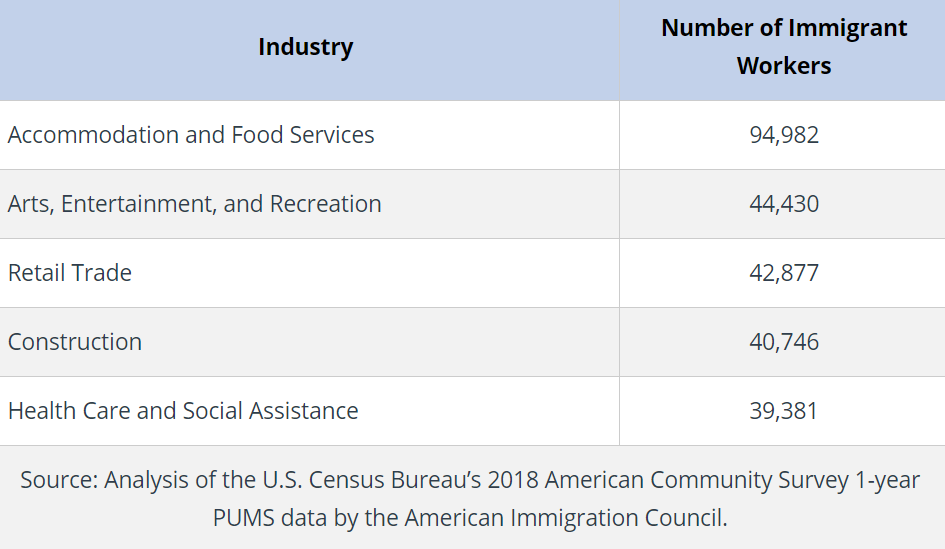 Nevada has been a prime location for many immigrants, especially with the number of jobs that are available through Las Vegas and its various sectors of employment. Immigrants make up 1/4 of the working population within the state, and the majority of them, over 94,000, work in the Accommodation and Food Services Industry, given the extensive number of hotels and restaurants in the area. Other significant areas of work that Immigrants contribute to include Arts, Entertainment, and Recreation, Retail Trade, Construction, and Health Care and Social Assistance.

Nevada does not have statewide policies that expand access to in-state tuition to the state’s undocumented students.

As a result, certain Nevada public institutions, including the University of Nevada Las Vegas, have established policies that provide access to in-state tuition to the state’s undocumented students if they graduated from a Nevada high school and meet other requirements.

Nevada’s Board of Regents allows undocumented students, including DACA recipients, to access some state financial aid. Eligibility requirements and procedures differ slightly based on the aid program.

TheDream.US is a national organization that offers scholarships to DACA and undocumented students attending eligible postsecondary institutions across the country. In Nevada, the following institution is a TheDream.US Partner College:

Nevada allows individuals to obtain professional and occupational licensure regardless of their immigration status.

Nevada Assembly Bill (A.B.) 275, effective on June 14, 2019, prohibits a regulatory body from denying professional licensure to an applicant based on the applicant’s immigration status. The bill allows applicants to use an Individual Taxpayer Identification Number (ITIN) in lieu of a Social Security Number (SSN) when applying for a professional or occupational license.

Nevada Assembly Bill (A.B.) 27, signed into law on May 13, 2015, authorizes the Superintendent of Public Instruction to issue a teaching license to undocumented immigrants who are otherwise eligible to work in the U.S., including DACA recipients.

Undocumented immigrants living in Nevada are eligible to obtain a driver authorization card. Nevada Senate Bill (S.B.) 303, signed into law on May 31, 2013, allows the state’s undocumented residents to obtain a driver authorization card if they submit documents establishing proof of identity and state residence, among other requirements. The card is granted for a renewable one-year period.

DACA recipients in Nevada are allowed to obtain a driver license or state identification card.

Concerning services for immigrants, the Immigration Center for Women and Children (ICWC), based in Las Vegas, Nevada, provides free and affordable services, with much of their work being oriented at ensuring that children are safe and secure from abuse or abandonment, and that immigrants who have encountered domestic violence and sexual assault or able to obtain help.

Make the Road Nevada
Downtown/North Las Vegas
Make the Road Nevada is dedicated to community organizing. Resources include the Dream Fund for supporting DACA renewals, the Time to Care program for workers’ rights, and the Youth Power Project to involve and educate the local student community.

Mi Familia Vota
Downtown
Mi Familia Vota knows the best way to realize change on a local level is through voting. The organization recruits volunteers to encourage voter registration within the Hispanic community and spread information during election cycles.

Village of Hope
Eastside
Village of Hope helps children and families in the Whitney Elementary School community, whose population is nearly 50% Hispanic. Staff and volunteers coordinate donations, which often include bagged grocery packages to take home over the weekend. 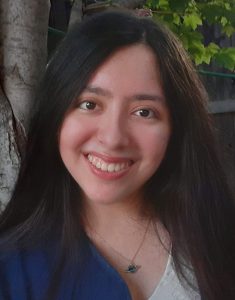 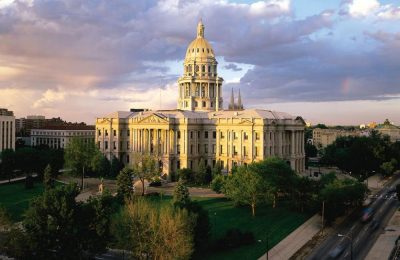 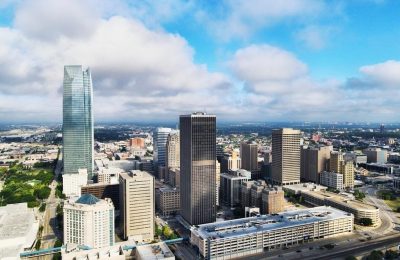