A collaboration between the Museo de Arte de Lima (MALI) and Google Arts & Culture has given the public access to view a display of an ancient Incan form of recorded language; the khipu. In Quechua, the spoken language of the Inca, khipu means knot, which is exactly what the khipus are; a series of unique knots that the Inca used to record information. The MALI exhibition of these knots, titled “Khipus. Nuestra historia en nudos,” (Our history in knots), is one of the first to display the khipus to the public.

Due to the COVID-19 pandemic, the Museo de Arte de Lima (MALI) was closed for several months in 2020 which delayed the khipu exhibition’s reopening until November 5th, 2020. MALI implemented several health measures to keep visitors safe while allowing them to once again experience art and culture in person.

Unfortunately, the khipu exhibit was only a temporary exhibition, and so the last day to see it at the MALI was August 15, 2021. Luckily for us, it’s not too late to view the exhibition virtually! It is now available online with Google as a virtual guided tour that provides the viewer with an interesting and simple history of the khipu.

The Inca Empire flourished in the Andean region of South America from the early 15th century until the Spanish conquest in the 1530s. The height of the use of the khipu was during the Inca rule, but there is evidence that the tradition of the khipu is much older than the Inca Empire.

According to a Dumbarton Oaks khipu exhibit from 2019, the developers of the khipu were the Wari, who ruled from 600 to 1000 CE and forged the first South American Empire in what is now most of present-day Peru.

The Incan khipus are described first-hand by two 16th century chroniclers of Incan history and culture; a Quechua nobleman called Felipe Guaman Poma de Ayala, and Inca Garcilaso de la Vega who was the first published Spanish-Inca mestizo. Both men explained how the khipus were used as accounting tools for recording many things such as the supply and demand of crops, weaponry, soldiers, and more.

Depending on the colors of the threads, number of knots, the spacing of the knots and many other factors, the khipus would represent different numbers and items. In his book, Comentarios Reales de los Incas (1609), Inca Garcilaso de la Vega explains some of the significance behind different khipu characteristics, “gold was represented by a gold cord, silver by a white one, and fighting men by a red cord . . . According to their position, the knots signified units, tens, hundreds, thousands, ten thousands and, exceptionally, hundred thousands.”

Although the Spanish colonizers understood that the khipus were some form of record keeping, their 16th century eurocentric understanding of language kept them from fully appreciating the complexity and versatility of the khipu system. According to Lauren Kilroy, in her publication over khipus, the Spaniards did not hold the khipu system to the same esteem as a written language.

Kilroy explains that several Spanish chroniclers relegated Andeans to a culturally inferior position due to their lack of a writing system. For example, the Spanish chronicler Augustín de Zárate wrote that “in Peru there are no letters to conserve the memory of the past nor pictures that serve in place of books like in New Spain; instead there are knotted cords of many colors.” What Zárate didn’t understand was that the Inca didn’t lack a system of recorded language, the khipus were the vessel through which the Inca conserved their memory.

The Spaniards may not have understood the intricacies of the khipu, but they knew enough that the Spaniards and the Catholic church feared that the “secret language” of the khipu could encourage native rebellion, and they gradually eliminated the khipu from use.

The ability to comprehend and create the khipu was reserved for Inca nobility and for the khipukamayoc. The khipukamayoc were Inca administrative officials that dedicated their lives to recording information by creating khipus, understanding the information held in the knots, and translating that information. Every city, village, and town had their own khipukamayoc to keep records for the region and report to the Empire.

According to information provided by the Museo Chileno de Arte Pre-Colombino, the khipukamayocs assisted with recording the state inventory, land distribution, taxpayer information, and crop yield. They helped astrologists predict the best time to plant and harvest crops. They recorded all births, marriages, and knew each day’s calendar date. There was nothing that went overlooked by these skilled record-keepers.

In his 1200-page letter to the Spanish king, Nueva corónica y buen gobierno (New Chronicle and Good Government), Guaman Poma praised the khipukamayocs, stating: “They noted in declarations what happened in each town of this kingdom…these scribes the judges and mayors brought to the provinces in order to testify by the khipu…What difference would it make to me if it were in letters? With the cords they governed the whole kingdom.”

The Incan khipus seem to have two distinct uses; recording numerical information, and recording some sort of narrative information.  The MALI exhibition explains that 85% of all known khipus contain numerical and statistical data on censuses, tax payments, resources in government storehouses, and other public administrative tasks. The knots on the other 15% of known khipus are not positioned using the decimal system that is used to record numerical information, these are referred to as Narrative khipus. It is believed that these were probably used in performance or cultural activities that narrated stories, memoirs, poems, or songs.

Manny Medrano, a researcher from the University of St. Andrews,  describes how some Peruvian communities have continued to use khipus in ritual and administrative contexts. There is also a tradition of funerary khipus, in which deceased members of certain communities are buried with a khipu.

“Khipu. Nuestra historia en nudos,” intends to encourage the study, conservation, and widespread circulation of the cultural and artistic heritage of Peru. The partnership between the MALI and Google Arts & Culture allows anyone in the world with internet to access  a Peruvian tradition that was created by the Wari in 600 CE, as an essential function of the organization of the Inca Empire in the 15th century, and that continues today with the descendants of those that came before.

For further information on the history of the khipu

The MALI website provides many resources that delve deeper into the history of the khipus and theories of what some of the unknown khipus may translate into. There is a three episode podcast series about the khipus hosted by Julio Rucabado, an archaeologist and curator of pre-Columbian art, in which he speaks with Cecilia Pardo, archaeologist and curator of the exhibition “Khipus. Our history in knots,”, and several other khipu experts.

The MALI also shares several recorded video call conversations that surround the khipus between various experts. The MALI has done a fantastic job in continuing to provide interactive educational resources throughout the pandemic.

Google Arts & Culture has another piece over khipus, that is informational and easy to understand.

Any source linked in this article is a great place to go to learn more about the thousand year old tradition of the khipu. 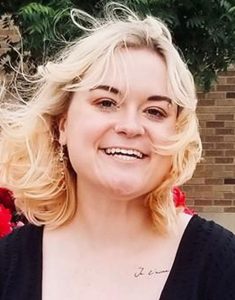