Scientists have found a direct correlation between the severity of symptoms from Covid-19 and the levels of air pollution in a city where someone lives. Specifically, levels of the pollutant PM 2.5 has a direct correlation to the number of hospitalizations from Covid-19. Citizens living in cities with large levels of air pollution are more susceptible to suffering from dangerous symptoms when they breathe in these toxic chemicals.

“It is urgent to continue research to guide policy and environmental protection, in order to minimize the impact of covid-19 in the highly industrialized communities that are home to our most vulnerable residents,” according to Dr. Anita Shallal of Detroit’s Henry Ford Hospital. Mexico City suffers dangerously high levels of air pollution, but there has been little legislative action to fix this problem.

7 million people around the world die each year from breathing in toxic chemicals. In Mexico, UNAM estimates 23,000 Mexicans die from air pollution and 38 million people in Mexico suffer from health problems due to polluted air. This problem is exacerbated in Mexico City where corporations and millions of vehicles pollute the skies every day.

AMLO’s environmental reform agenda, highlights that “it is feasible to generate wealth without ending nature and distribute it with equity and justice while at the same time we reverse the adverse impacts of the current corrupt and predatory model on our environment.” Many, like Victor Cellorio Garido, are disappointed by the lack of current action from AMLO:

“The governments of Mexico have violated their constitutional obligation for many years by NOT doing anything to clean the air we breathe and they continue to violate it every day for its lack of coherent policies to clean the air,”explains  Cellorio Garido, an inventor who created Kinetic Lungs. His product works to clean the air in major cities around the world. Unfortunately, Kinetic Lungs is expensive to implement and the Mexican government refuses to pay for Cellorio Garido’s product even though it will help reduce air pollution throughout Mexico.

Instead of investing in natural resources, the Mexican government has decided to invest in coal-fired power plants and refineries. Gustavo Alanís Ortega , an environmental lawyer and columnist for Reforma  in Mexico emphasizes the importance of governmental action:

“The federal government should follow through on its campaign promises and assume its responsibility to ensure a healthy environment for all. What is at stake is the environment and natural resources, people’s lives, health and quality of life.”

A Step in the Right Direction: Econduce

Rather than waiting for the government to take action to save the environment, entrepreneurs in Mexico have decided to address the problem of air pollution themselves. Econduce is a rideshare company in Mexico City that allows users to take a 100% electric scooter rather than driving their car. Users reserve a scooter through their mobile app and then find a scooter in one of Econduce’s zones throughout Mexico City. They have 45 stations throughout Mexico City, and since their inception in 2015 users have completed 450,000 rides with Econduce.

Eduardo Porta and Alejandro Morales created Econduce after attending the university where both of them studied environmental science engineering. After noticing heavy traffic and thick smog affecting their daily life, Porta and Morales decided to create a product solving both of these problems. Their creation of Econduce has led to the quality of life increasing in many cities throughout Latin America.

“Our goal is to provide the best mobility experience to our users and that is why it is important for us to increase our availability and operational capacity. We want to continue to improve the quality of life and the environment and create an ever greater impact,” Eduardo Porta Co-Founder and Director of Operations.

Since inception, Econduce has led to 400 tons of CO2 being avoided from users riding electric scooters rather than driving their cars. Econduce is a practical solution to reducing air pollution as well as road traffic in Mexico City. According to IBM “The city of Mexico is #1 in road chaos” and using Econduce allows users to have more time to spend on things they enjoy rather than sitting in traffic. Econduce provides a sustainable alternative to cars while making daily transportation faster and cheaper. Their infiltration into Mexico City’s market has already led to positive impacts for the local environment.

The bright minds of entrepreneurs have attempted to fill the void left by the Mexican government in addressing air pollution. Starting a business that is able to earn profits and solve environmental problems is no small feat. Sustainable entrepreneurs face more costs and challenges than regular entrepreneurs, but Econduce overcomes these challenges and continues to thrive while also saving our environment.

Supporting environmentally friendly start-up businesses allows them to develop capital and expand their business in the face of a government who refuses to do anything to address the environmental problems plaguing their country. The best way to support these businesses is by using their products. Using Econduce in the cities they operate in rather than taxing a taxi will ensure Econduce will stay in business and continue to solve environmental problems from the private sector. To find more information about Econduce, check out their website at https://econduce.mx/ or follow them on Instagram @econducemx. 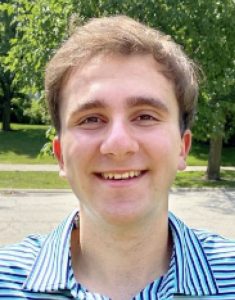 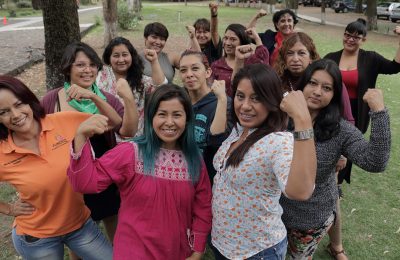