August 24th of each year is the International Day of National Parks. The holiday raises awareness for global efforts towards conservation and highlights just how international the concept of national parks really is. Across the globe, national parks are decreed for reasons such as historical, aesthetic or scientific value, providing citizens with a spot to recharge and the opportunity to appreciate the untouched corners of the world that are teeming with biodiversity and breathtaking natural wonders.

In Mexico, the last century has seen the establishment of sixty-seven national parks extending over sixteen million hectares of land.  The government recognizes the importance of preservation and their natural reserve system extends far beyond National Parks. Within the program, they designate protected regions into one of several different categories of natural protected areas (ANPs): The largest categories include, Biosphere Reserves, Flora and Fauna Protection Areas, and National Parks.

The first national park, decreed in 1917 by President Venustiano Carranza, was the Desierto de los Leones located in the Federal District. The region was preserved not only for its wildlife but also for its storied history that dates back to the 17th century. The name “desert” hardly applies to the forested landscape, but rather describes the area’s spiritual tranquility. The isolated ex-convent that stands in the middle of the forest is known to evoke a sense of nostalgia and was built by The Order of the Discalced Carmelites in the early 1600s.

The isolated nature of the convent originally appealed to the Discalced Carmelites, but, by the 1800s, the location of the Desert of the Lions had been discovered by civilization and was subsequently abandoned by the order. In the next two centuries, various groups would occupy the Desert of the Lions. Now, the ex-convent is a museum and stands as a monument to its history and is the centerpiece of Mexico’s very first national park.

Apart from historical value, National Parks are also preserved for the opportunities they provide for citizens. Industries like tourism boom in these areas where real-estate and development cannot. The beauty of the natural world speaks for itself and attracts thousands of sightseers and, well, sight-”doers” each year.

National Parks, such as Sumidero Canyon in the state of Chiapas, have countless opportunities for people to explore and engage in nature. Activities like kayaking, climbing, and repelling allow visitors to survey the ancient canyon in new and exciting ways. In an increasingly online world, recreation in nature has provided people with an opportunity to power down their devices and recharge.

Mexico is one of the most biodiverse regions on the planet and is home to unique, complex ecosystems that provide scientists with invaluable environmental research opportunities. For instance, Cabo Pulmo National Park, declared an ANP in 1995, earned a distinction as Ramsar Site in 2005.

A Ramsar Site is specific to wetland ecosystems like the park. The area boasts intense biodiversity within its coral forests and is home to many protected species such as the Loggerhead Sea Turtle. These types of coastal ecosystems are often harmed by the fishing industry, coral bleaching, and real estate development causing habitat destruction. The vulnerable and fragile nature of the ecosystem makes the preservation efforts for the region all the more crucial.

The Natural Reserve System of Mexico is an ever growing and evolving program. In the state of San Luis Potosí, a new ANP —a Flora and Fauna Protection Area— is in the process of being established in the Sierra San Miguelito. In January of 2021, Federal Environmental Minister María Luisa Albores met with Governor Juan Manuel Carreras and Chief of the Commission for Natural Protected Areas Roberto Aviña to discuss the logistics of the designation.

While the perimeter of the ANP reserve is not yet set in stone, President Andrés Manuel López Obrador has promised to take action to protect the biodiversity hub that is the Sierra San Miguelito. He stated that both the local and federal government is “going to continue [with the preservation effort] until [they] convert the Sierra de San Miguelito into a protected natural area; It is a commitment, and it will be as the people of San Luis demand… In other words, areas of the sierra are not going to be conserved for real estate projects.”

Conservation doesn’t happen overnight. But each day, individuals, groups, and governments continue the fight to preserve the history, nature, and opportunities that protected lands safeguard. 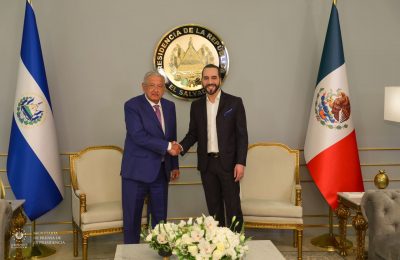 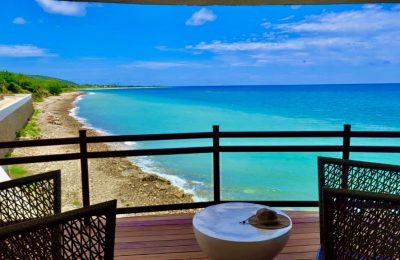