In recent years, deforestation in Brazil’s Amazon rainforest has risen at a rapid and frightening rate. The destruction of such an invaluable region—home to three million species of plants and animals and one million indigenous people—coupled with severe drought, has already begun to fuel worsening forest fires. In only the first half of 2021, deforestation in the region rose by 17% with approximately 3,610 square kilometers being cleared.

The trend is attributed to the joint interest of politicians and landowners in developing agriculture and infrastructure throughout the Amazon. The rate of deforestation began to accelerate in 2012, a year marked by the weakening of Brazil’s Forest Code, from which vital government restrictions were removed, simplifying the process of obtaining legal permission to clear forests and granting pardons on illegal clearing more freely. These changes in policy, as well as a spike in soy prices in 2012, spurred farmers to clear more land than in preceding years.

The rise of the Bolsonaro administration in 2019 only worsened the situation, as the president began facilitating mining and agricultural development in protected areas of the Amazon while weakening federal environmental enforcement agencies like Ibama, the environmental protection agency.

Meanwhile, the government  subsidized—and continues to subsidize—deforestation by providing low-interest loans for agriculture and ranching, establishing settlements, pardoning debts, exempting taxes on environmentally-exploitative exports, funding research on soybean and livestock pasture expansion, and developing infrastructure for the primary purpose of transporting the goods being produced. Despite the government simultaneously deploying thousands of soldiers to combat illegal deforestation and fires, these efforts have been virtually ineffective.

According to internal government documents, since the beginning of the Bolsonaro Administration, at least 17,000 environmental fines have gone uncollected. Brazil has seen a surge in deforestation reaching 11,088 km2 in a single year, according to data from INPE, the national space agency that has been monitoring Amazon deforestation for 60 years—and which Bolsonaro has previously attacked over its deforestation data. Furthermore, the average size of deforested areas has increased by 61%, with patches larger than 100 hectares (250 acres) now the norm.

Thus, while environmental agencies like Ibama are at the forefront of the fight against deforestation, the government has failed to aid in funding or staff. More than anything, international pressure is needed to hold the government and others benefitting from the destruction of the Amazon accountable.

The solution, however, does not lie at a single source. Several measures must be taken, including efforts to prevent deforestation, halting government actions that facilitate deforestation, and offering alternatives to those dependent on agriculture for subsistence.

Establishing protected areas and revitalizing affected regions is an urgent priority and failure to do so means dire consequences for not only the rich diversity of native wildlife and indigenous populations, but the rest of Brazil and the global community. 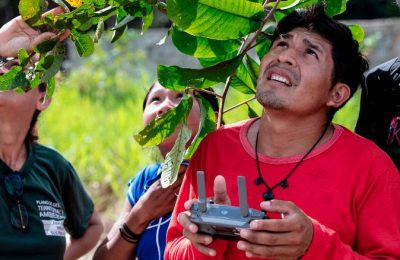 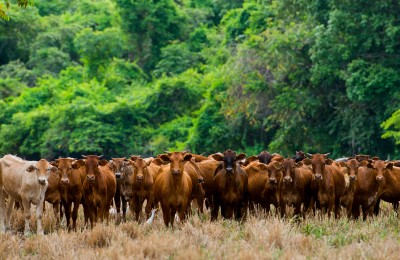