For the second consecutive year, Colombia leads the list of most dangerous countries in the world for environmental defenders. 2020 was a deadly year for environmental protectors; 65 defenders were killed in Colombia. One third of the attacks were inflicted upon indigenous people, and one in ten targeted women. The most recent report by the NGO Global Witness published this Monday reported that environmental defense took the lives of 227 environmental leaders across the world in 2020, “the highest number on record,” per GW.

The report further dictates that the defenders of the land and environment, especially in Nicaragua, Colombia, Brazil, and Philippines defended the land with their lives. The data shows that environmental defenders confronting the climate crisis continue to be attacked.

Although some reports indicate that the defenders were targeted while protecting specific ecosystems, the majority (71%) worked to defend the world’s forests (earth’s natural carbon sinks) from deforestation and industrial development. Others were harassed and attacked while protecting rivers, coastal areas, and oceans.

“Already, there are two things brought to awareness. One, that the climate crisis is reaching a point of no return and drastic measures need to be met. Second, forests are natural sources of carbon absorption which represent nature’s powerful technological system. The forest’s natural carbon absorption is actually the most dominant system on our planet.

These ecosystems receive numerous pressures to open and initiate agricultural and livestock lands. Due to the pressures being established, the hunt for land is very competitive. Note that what forest defenders are working on corresponds to all of us, even governments. Forest defenders work on legislating safeguards in territories that protect us from the climate crisis as a human specifies on this planet,” explains Laura Furones, researcher of the report.

Murder and terror attacks of indigenous and Afro-descendants have increased just as scientific studies confirm that indigenous communities are the most effective guardians of forests and natural resources. Their voices are gaining respect in political decisions (like COP 26) where people come together to speed up the process of making a meaningful change towards the goals of the Paris Agreement and the UN Framework Convention on Climate Change.

Despite representing only 5%  of the world’s population, in 2020, the number of attacks against indigenous people rose out of proportion.  One third of all fatal attacks targeted defenders. These attacks were documented in Mexico, Central and South America and the Philippines. This year, Saudi Arabia and Indonesia were added to the list.

-Indigenous people were targets of seven mass murders registered against environmental defenders in 2020.

– Nine indigenous Tumadoks were killed and another seventeen were arrested by surprise by the Army and the Philippine police on Panay Island, for their resistance to a mega-dam project on the Jalaur River.

-One in ten defenders murdered were women.

While this number could suggest that women defenders are targeted in lesser numbers, the types of attacks vary depending on gender. Women defenders are exposed to sexual violence which is historically underreported. Women defenders continue battling many challenges in terms of protecting natural resources, earning the right to be leaders, speak up in their communities, and even own their own land. In Colombia, 2% of landowners are women.

Opposition to mining and extractive activities: 3 cases (one being the opposition towards the construction of roads and infrastructure).

Parliamentary and criminal groups have also increased their territorial control through violence against rural communities and the absence of state action to protect them. Due to the pandemic that began in 2020, the situation has worsened throughout the country. The official closures of the pandemic placed defenders at higher risks, as many were attacked in their homes. The isolation of their communities made defenders vulnerable, as  government’s protection measures were also cut.

“One of the key aspects of the Peace Agreement, the coca crop substitution programs to help farmers switch to legal crops, was linked to 17 deadly attacks in 2020. These programs have resulted in increased threats to criminal and paramilitary organizations targeting rural communities for their support or participation in illicit crop substitution programs,” write the authors of the report.

Lourdes Castro, coordinator of the “Somos Defensores” program (who collect data in Colombia for the GW report) explained the statistics for these crimes:

“The most recurrent aggression continues to be the threat. We registered 604 threats during 2020. Then there are the murders, which we registered in 199. Then there are the attacks, which is very worrying, because it is an attack that is directed against life. In 2020 we registered 79 attacks. And finally, there was an increase of 200 in arbitrary arrests, prosecutions and disappearances. It was a very negative year for social leaders. ”

The authors of the report also added another important aspect of the crises. The most vulnerable communities are experiencing the detrimental and drastic effects of climate change and the death of their environmental defenders.

“It is businesses, often empowered or encouraged by negligent governments, that are commonly responsible for toxic waste, air pollution and massive deforestation, which destroy our planet and harm communities around the world. This devastation is produced in pursuit of one thing: profits, absorbed almost entirely by the richest 1%, who today are twice as rich as 6.9 billion people,” write the authors. They also affirm that the majority of the convictions or legal processes for those who murder environmental defenders are pointed towards the individuals who hold the weapons instead of those who order the attacks and are directly responsible.

Freedom house reports found that Covid-19 triggered media restrictions in 91 countries and protests in 158. The UN Special Rapporteur asked countries not use Covid-19 to impose total restrictions on the freedom of peaceful assembly and association.

“Land disputes and environmental damage, two of the main underlying causes of community activism, can also be difficult to monitor in conflict-affected parts of the world. We know that beyond the murders, many defenders and communities also experience attempts to silence them, with tactics such as death threats, surveillance, sexual violence or criminalization, and that these types of attacks are even less reported,” conclude the authors.

What can Colombians do to stop the killings of environmental activists; to help their communities and to bring awareness and justice to the horrors occurring? First things first, add your voice. Land and environmental defenders are courageous and resilient. In defense of the environment, they should not stand alone.

We all live on this planet together, we need it to breathe, to exist, to survive. As a species of this earth, we must stand with them, make their voices heard, tell their stories. As desperate communities, demand that policies be executed and action taken by governments and corporations to safeguard environmental defenders and the environment. Vulnerable communities need protections to have a voice in the refusal or consent regarding their land. Defenders have a right to a voice and to safety. Accountability for attacks towards defenders must be upheld.

Companies profit over the impunity of human rights and the environment. These acts push the climate crisis to the verge of explosion, and enable assaults of defenders to continue. Global Witness specifically calls out States to “ensure natural policies, protect land and environmental defenders” and get rid of legislation used to criminalize them:

“Defenders are our last line of defence against climate breakdown, and we can take heart from the fact that even after decades of violence, people continue to stand up for their land, for our planet. In every story of defiance against corporate theft and land grabbing, against deadly pollution and against environmental disaster, is hope that we can turn the tide on this crisis and learn to live in harmony with the natural world. Until we do, the violence will continue” -GW Report

What can we do? Share their stories whenever you can, bring up the conversation in your communities, with your friends and families. Speak to political representatives and share with them the horrifying news going on in Colombia and in other countries terrorizing environmental defenders. Your voice can help raise the voices of defenders and influence counties to take action and demand justice. Together, we are more powerful than we think. Defending the environment should not be a crime, it is a basic human right.

Venezuelan artist and activist, Liana Malva, is an example of an artist who channels her talents to raise environmental awareness. She is the founder of the Gotas project, an initiative that joins art and culture to educate and raise environmental awareness about the importance of water. “Water is the most important resource for life sustainability on Earth . Having access to fresh and clean water is our right and protecting it is our duty,” explains Malva.

Malva uses her voice, singer-songwriting talents and nature activism to “promote the care for the most important resource for life sustainability.” This message is expressed through her project, “Gotas” a musical journey inspired in Venezuela.

With help of  Provita NGO, they have taken their conservation message to schools and universities reaching more than 4500 Venezuelan children. Slowly, through education and conversation, we can hope for a better future of our planet’s natural resources. Malva, like many others, have demonstrated the limitless actions activism can take. Do not censor your voice, be creative and take action.

To learn more about the suffering of environmental defenders and how to help: https://www.globalwitness.org/en/campaigns/environmental-activists/

You can also share your information securely at Global Witness.

Follow Gotas project: @gotasproject for art and education of our environment. 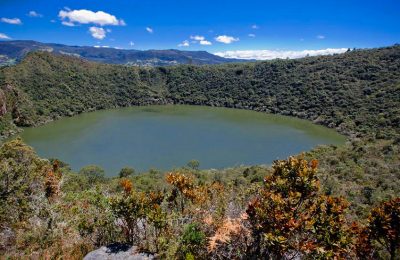 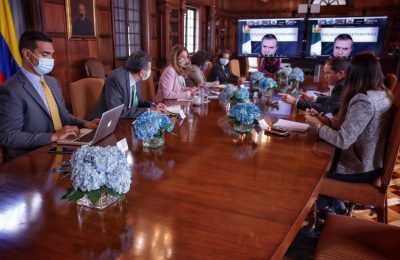