From the mangroves and jungles to the swamps and winding rivers, Costa Rica is nothing short of a natural paradise.  The country’s unique environment, coupled with the government’s commitment and dedication to protect it, has positioned the nation to become the so-called birthplace of “ecotourism” defined by the International Ecotourism Society as the “responsible travel to natural areas to conserve the environment and improve the well-being of local people.”

Since designating its first natural reserve in 1963, an impressive 25% of the land in Costa Rica has been allocated to natural reserves. The natural reserves are divided into 29 national parks, 19 wildlife refuges and 8 biological reserves. These protected areas are home to breathtaking natural wonders that attract nature-lovers from around the world, anxious to experience the abundant beauty firsthand.  More than half of the tourists visiting Costa Rica visit one of the natural reserves, thus engaging in the growing industry of ecotourism.

The nation boasts unparalleled recognition for its biodiversity; it contains a staggering 5% of the world’s biodiversity while occupying just 0.3% of the world’s land.  The nation’s proximity to the equator guarantees an abundance of sunlight and stable environment year-round, rendering it a hub for life of all kinds.

This diverse flora and fauna of Costa Rica is a cornerstone of the ecotourism industry, and the opportunity to observe the wildlife is a major attraction for many domestic and foreign tourists. The 870 avian species attract birdwatchers from around the world who seek to glimpse the Scarlet Macaw or the Keel Billed Toucan… or one of the 50 distinct species of hummingbirds.

Similarly, the opportunity to observe sea turtles has also attracted many visitors. Tortuguero National Park sees the nesting of Green Sea Turtles each July, while Marino Ballena National Park is frequented by the endangered Leatherbacks annually. The government prioritizes the protection of sea turtles due to their endangered status and fragility of their eggs. Ecotourism can raise awareness for issues like poaching and habitat destruction as tourists can see and realize the importance of protecting wildlife for themselves.

Not only can tourists observe the natural wonders of the country, but they can engage with them too. River rafting, kayaking, hiking, mountain climbing and snorkeling are just a few of the activities available to travellers. There are copious intriguing natural sights to explore such as the Arenal Volcano. The geothermal activity of the volcano produces a natural network of hot springs, a popular destination enjoyed by many tourists. For the historian in all of us, there are many Mesoamerican archeological sites to explore as well. Even though Costa Rica is small— less than half the size of England—there are seemingly unlimited opportunities for adventure and wonder.

The natural world is often damaged and exploited for profit. It’s the tragedy of the commons: the never ending competition to be the first and greatest abuser of a common resource. The prize? Wealth.

But that’s what makes ecotourism so unique; it’s a rare instance where conservation —not exploitation—  of the environment is not only altruistic, but profitable. Ecotourism is an economic incentive to preserve natural wonders. According to the National University of Costa Rica, ecotourism generates more than 809 billion CRC annually (approximately 1.4 billion USD), making up 3% of the nation’s GDP. President Carlos Alvarado referred to tourism as the “engine of economic development” in the nation; the industry both creates job opportunities and provides local businesses with eager customers.

Not only does ecotourism promote conservation, but restoration as well. During the 19th century, Costa Rica saw a brief, but significant decline in forest cover due to ranching and agriculture, but the land has significantly recovered since then, adopting more sustainable principles and increasing revenue through ecotourism rather than land use.

Specifically in the Guanacaste Province of Northwestern Costa Rica, a group of volunteers recognizes the importance of coral and the role it plays in maintaining the region’s precious biodiversity as well as protecting coastal areas from erosion. Their conservation effort prompted the planting of new coral off the coast of Sámara Beach. Coast Guard Commander Castro Baldizón, a volunteer for the project, illustrated how these coral planting projects could very well be considered ecotourism initiatives as they will most likely perpetuate— and perhaps even increase— the touristic appeal of the Samara Beach in time.

In Costa Rica, sustainability is at the heart of the government’s promise to protect its land and people. Early in his term, Costa Rican President Alvarado illustrated this ideal of the Costa Rican Government, discussing a “country brand that recognizes our environmental sustainability, our social peace, our commitment to democracy and our respect for Human Rights.” With 98% of the country’s energy coming from renewable sources and a set goal to decarbonize by 2050, the country has made strides to become one of the most progressive and resource-efficient destinations in the world.

This kind of sustainability is one of the main tenets of ecotourism. In order for tourism to be truly sustainable it must be sensitive to both the culture and environment of the location. The bureau of tourism in Costa Rica was recognized as the most responsible tourist destination of 2021 by the World Travel Market Latin America.

The age-old saying “take nothing but photos” is a good rule of thumb when striving for “low-impact tourism.” While gaining perspective and knowledge is encouraged, the disruption of local communities or ecosystems must be prohibited.

Thanks to ecotourism, visitors from around the world are afforded the opportunity to experience Costa Rica’s intense biodiversity and beauty firsthand.  If anything has the power to convey the importance of preservation to the public, it’s the flora and fauna of the most intensely biodiverse nation in the world. 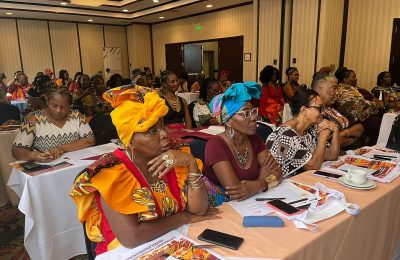 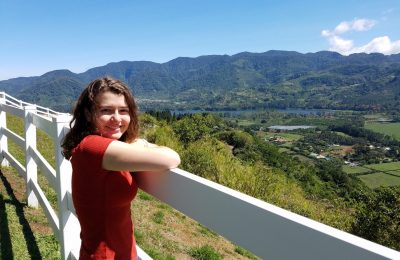