“All people are equal before the law, receive the same protection and treatment from the authorities, and enjoy the same rights, liberties, and opportunities, without any discrimination for reasons of sex, gender, sexual orientation, gender identity, age, ethnic origin, skin color, religious belief, disability, national or territorial origin, or any other personal condition or circumstance that implies a distinction injurious to human dignity,” Article 42 of the Constitution of the Republic of Cuba, 2019.

Cuba’s new Constitution, enacted in 2019, may soon be changing. Proposals to amend its Family Code are currently underway. Cuba’s new draft of the country’s family code proposes allowing same-sex couples the right to marry and adopt children. If the new family code becomes law, it will mark a groundbreaking turn in the inclusivity of the LGBTQ community in Cuba.

More than 600 legislators in Cuba’s Assembly approved the draft in Havana, as detailed in Granma, the official newspaper of Cuba’s Communist Party. The new family code would replace the 1975 family code that is termed to be out of date by Cuban legal experts and sociologists.

In the updated family draft, Article 61 defines marriage as: “The union of two people with legal aptitude who voluntarily agree to enter into it in order to build a life together based on affection and love.”  The 1975 family code characterized marriage as: “The voluntarily established union between a man and a woman.” The 1975 code also allowed for the possibility of women to marry at 14 and men at 16. That will change in the replacement code, too.

Secretary of the Council State, Homero Acosta commented on the new modification of in favor of marriage equality at a hearing session: “We are not the first, nor would we be (in) the vanguard in this matter. There are around 24 countries that have this concept incorporated; we could not turn our back on this issue when preparing a new constitutional project,” Acosta stressed in Granma.

Cuban lawmakers decided on change after reviewing international human rights laws and sexual orientation. Acosta asserted that discriminatory acts will be penalized. Senior officials also stated that following ratification of the new constitution, lawmakers will spend about year’s time on improvements of the Civil and Family Code to facilitate the change. The legislators’ work will focus on drafting guidelines to address issues like rights to inheritance, rights to adoption, and reproduction matters for same-sex couples.

As in most societies, homophobia and heterosexism have been prevalent in Cuba. “In post-revolutionary Cuba, homosexuality was denounced as a hangover from the corrupt Batista era; it had to be eradicated by revolutionary puritanism,” argues The New Internationalist. Government workers “found themselves unemployed if they were discovered to be homosexual, gay artists faced censorship, and many more were imprisoned for homosexual sex acts.” In the years of 1965-68, gay men were arrested and sent to labor camps known as UMAP, or Military Units to Aid Production.

The UMAP’s became prisons for gay citizens and others Cubans. “The negative press that these ‘reeducation camps’ earned outside of the island prompted Fidel Castro to close and demolish them by 1969,” states Rebecca San Juan in her Honors Thesis on UMAP and Cuban survival. By 1992, Fidel Castro announced homosexuality was not “a phenomenon of degradation.” Castro declared full opposition toward any acts of repression or discrimination towards homosexuals.

The following year, public education campaigns against homophobia commenced for the first time in Cuba. In the 2000s a notable shift in favor of abolishing anti-gay laws and battling homophobia ensued. In 2007, a law on civil union was proposed in the National Assembly.

The assembly was promoted by Mariela Castro, niece of Fidel Castro and head of the National Center for Sex Education (CENESEX). The legislation did not receive a vote in time and Mariela Castro continued to promote the proposal the following year. People’s World published Mariela Castro’s statement in 2012 in San Francisco,

“We first proposed marriage, but legal scholars, and some Communist Party members, were up in arms. So as not to lose the fight, we proposed equal recognition of same-sex couples.”

The 2019 constitution practically made equality within marriage real for Cubans. However, the opposition of the Catholic Church and Evangelical Christian Groups led the clause to be removed. Defining equality in marriage was left to be done through a new family code to boost the constitution. “We consider this version of the family code to be consistent with the constitutional text, and it develops and updates the various legal-family institutions in correspondence with the humanistic nature of our social process,” Cuban Justice Minister Óscar Silveira Martínez said when announcing the draft.

Yamila Gonzalez Ferrer, Vice President of the Union of Cuban Jurists also stated: “It protects all expressions of family diversity and the right of each person to establish a family in coherence with the constitutional principles of plurality, inclusion, and human dignity.”

The preliminary document is currently open for public discussion. The National Assembly is anticipating taking it for debate and vote in December. As Cubans await the final approval by the legislature, the family code is anticipated to go into a referendum in 2022. 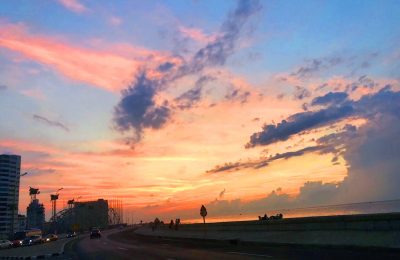 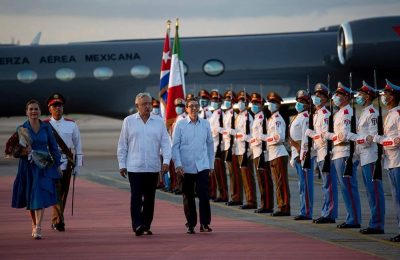