This 2021, the Bogota Film Festival (BOGOCINE) launches its 38th festival from October 20th-28th. This is the only festival in Latin America that has been held continuously since 1984 under the direction of Henry Laguado. This year, Bogocine pays tribute to new cinema, new productions and new Latin American directors.

The purpose of the festival is to showcase films that have not received recognition and representation in the commercial world. For 38 years, the Bogotá Film Festival has awarded the best of Colombian cinema. The event is recognized as a World Festival that specializes in New Directors’ feature films.

“Our motto this year is new cinema, because we will show Colombian and international cinema, documentaries, and shorts that have no place in traditional channels,” explained the director and founder of BOGOCINE, Henry Laguado. This year, the festival adapts to a new reality through a hybrid, face-to-face format.

The festival will hold screenings and activities scheduled in different spaces of the city, places like the Bogota Cinematheque, the Teatro Libre de Chapinero and Uniandinos. Those who cannot attend the event can still experience it through Festhome, a platform where the festival’s films can be viewed remotely.

“This year the festival is designed so that viewers can see feature films, and one hour and 20 minute films. Beyond fiction, the festival will also showcase social, art and environmental documentaries and viewers will learn about what is happening in other parts of the world,” explained the director of the Film Festival of Bogota, Henry Laguado in an interview with Revista Cromo.

“The guest this year is new cinema,” told Laguado. “In attendance, will also be figures of great acclaim, like actress, Angélica Blandón, featuring her film, Gritos en Silencio, directed by Famor Botero.

“We will also have the presence of the actor, John Leguizamón as we are showing his film, Critical Thought, and guests will also come from the United States and Spain to speak with the directors and protagonists of the films selected for this Festival.”

The section in the festival that has been the most impactful and attention grabbing is the cinema for the blind, featuring two films that will have a self description system and an interpretation booklet in Braille. The films will be Darkness, a Mexican production, and Simona Amaya: Live or Die For Freedom.

“In this 38th edition of the Bogotá Film Festival, spectators are going to see a new cinema, made by directors who have made between one to three films. These films are different, unusual stories that touch people’s souls. They are told in a different way than is expected in commercial theaters. These are interesting films. They are not boring films. Viewers will leave the experience with a raised awareness, a restlessness that will help viewers access new conclusions while exposing the viewer to what else is happening in other parts of the world,” explained the director of the Film Festival of Bogota, Henry Laguado in an interview with Revista Cromos.

“We will have a sample of animated films, very different from films that we are used to seeing. Many of them are made by hand, some are even made with sand, it is a very interesting thing to see, we will also have cinema for the blind, a Colombian film, like the film, ‘Simona Amaya’, a beautiful film about our process of Independence. This type of cinema, spectators will be able to listen to the audio description, especially and aimed at blind people who accompany us at the festival,”continued Laguado.

The Bogota Film Festival started in 1984 as a need to provide rewards for the achievements made by the Colombian cinema. For its second edition, the festival gathered together the national production with the cinematographies of the Andean countries. They continued holding tributes to the cinematographies of the Caribbean, South America, Spain, France, Africa, the Pacific, Italy, Spain, Argentina, Chile, Brazil, China, Japan, Korea, Egypt, Germany, India, Turkey, and the Philippines.

The festival is recognized as a worldwide festival specializing in new director’s featured films. It is held annually in the month of October, and has the participation of the most outstanding productions of cinematography worldwide. This year, the October festival celebrates its 38 edition. Last year, the award winning film was Hector Valdez’s Malpaso, Dominican Republic. 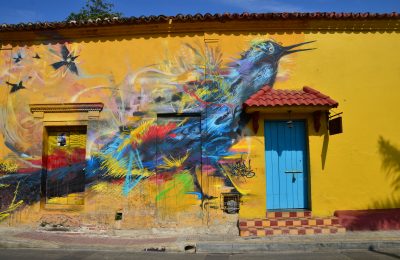 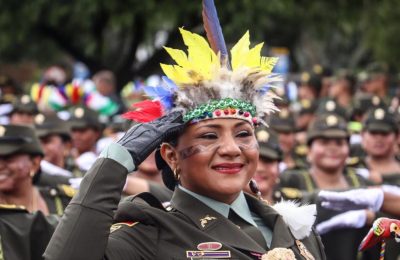