As an entrepreneur, financing your business is the most important step in ensuring its success and vitality. Unfortunately, women have to work harder than their male counterparts to receive the same amount of funding for their business. A survey from CREA found that 65 percent of female entrepreneurs listed financing their business as the greatest challenge they face. This is because financial inclusion is a major problem in Mexico. Wealth is not evenly distributed, so only a small percent of entrepreneurs have access to monetary resources to fund their projects.

In Mexico, only 33 percent of women have a bank account. Without a bank account it is impossible to raise any money as well as receive loans to start your business. Female entrepreneurs use their family and friends to fund their business while men have access to a more diverse set of financial resources. Power dynamics in business meetings also prevent women from receiving the financing they deserve for their business.

Besides financing, childcare presents one of the largest barriers for female entrepreneurs. Compared to their male counterparts women spend 12.3 hours a week taking care of children while men only spend 5.4 hours. According to the Konfio organization, “The Ministry of Labor estimates that the economic value of women’s unpaid work can reach 4.4 billion pesos a year.” Unpaid domestic work disproportionately affects women forcing them to juggle multiple roles while also running their business.

Discrimination and power dynamics between male and female counterparts historically have hindered many women from being successful entrepreneurs. This problem still persists today as the macho culture within Mexico has led to male startups being chosen for funding over female startups. These indirect forms of discrimination are less visible, but still deter women from being successful entrepreneurs.

“In the business world, in fact 27 of every 100 women registered on the CREA AC platform claimed to have suffered an event of discrimination at some time in the workplace for the simple fact of being women.” –Kayla Martínez, CREA

A Future with More Opportunities

Even with all of these barriers, there are still female entrepreneurs who are able to overcome these challenges and launch a successful business. Kayla Martínez from CREA describes,

“Nowadays it is not uncommon to meet women with projects in mind to start ventures, or who are already doing it well; However, it does not mean that there are no difficulties or obstacles as a result of persistent historical inequality in all areas.”

It is important to highlight female entrepreneurs who have overcome barriers to be successful while also recognizing the disparities in the system.

Within Mexico there are people trying to make business more inclusive, giving women the opportunities they deserve to be on an even playing field with their male counterparts. Mariana Rodríguez, the wife of Nuevo Leon’s governor, is using her influence to inspire female employment and entrepreneurship. She is working with the Mexican Association of Women Head of Companies to create a summit supporting female entrepreneurs to develop the skills needed to be successful businesswomen.

“Mariana will be an important factor for this boost not only in employment but also in female entrepreneurship in the state, it is expected that Mariana took the reins on the issue of entrepreneurship and we all know that she is a great leader in social networks, so it is very encouraging for all of us ” –Sonia Garza González, President of the Mexican Association of Women Heads of Companies.

The Reconnect Summit will be held from October 30th to November 2nd and will allow the 400 female entrepreneurs attending to share experiences as well as attend panels learning skills such as organizational development and leadership. This summit provides female entrepreneurs with the opportunity to grow and develop. According to Sonia Garza González, the President of the Mexican Association of Women Heads of Companies, “The idea is to bring women to that summit so that they can be trained in a purely business environment.”

Besides the Reconnect Summit, the organization, Mujeres Emprendedoras Transformando México has provided advice, training, and consulting for 35,000 female entrepreneurs. They are committed to providing female entrepreneurs with access to opportunities that are usually only available for men. Their organization was created from the need to represent female interests in business and they fight to give women the opportunities they deserve.

Besides advice and consulting, Mujeres Emprendedoras Transformando México has also given microcredit loans to 31,000 female entrepreneurs. These loans allow female entrepreneurs to nor rely on family for funding to start their business. It gives them independence in developing ideas and creating innovative products. Further, 7 out of the 10 grants the Instituto Mexiquense del Emprendedor provides to businesses are for women.

“Women entrepreneurs are idealists, we have a dream, we imagine businesses, we think about the future and we dedicate all the effort, time, resources, our skills and talents to make them come true. Throughout history, business women have known how to work in a respectful and committed manner with the institutions,” –Brenda Medina Aguilar METME

Historical gender norms have led to the creation of a wide range of barriers for female entrepreneurs. These problems still persist today, but luckily there are individuals in the public and private sector committed to providing female entrepreneurs with an equal opportunity. Although there is a long way to go, the fight for equal opportunity has to start somewhere, and people like Mariana Rodríguez are laying the foundation to pursuing equality in the future. Business is more innovative when more voices are heard, so it is essential that we value and amplify the voices of female entrepreneurs who have generated their own success while overcoming steep barriers. 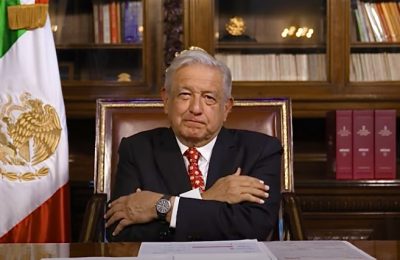