Outdoor activities like hiking and camping are an excellent way of being in touch with the environment and a growing hobby as a result of quarantine from the COVID-19 pandemic. However the history of camping has not always been very welcoming for everybody. Outdoor activities do require disposable income as well as leisure time; something that working class citizens might not have access to. According to a publication in the George Wright Forum, black Americans only make up 2% of national park visitors despite making up 13.4% of the U.S. population. The number is even smaller for latinos!

We are able to explain these low numbers by taking a look through the history of national parks. National Geographic published an article about the effect that the Jim Crow era had on limiting outdoor activities to white Americans. There existed camping spots with the infamous words, “For Whites Only.”

Secretary Harold Ickes had attempted to desegregate national parks, but it would take years for his efforts to take effect. It is important to note the words that hover over the north entrance to one of America’s most treasured national parks, “For the Benefit and Enjoyment of the People,”and to ask who is this quote meant for?

One of the most famous books in black history The Negro Motorist Green-Book, published by a former U.S. Postal Service employee named Victor Hugo Green, is a creation meant to answer that question. This green book is a detailed guide to all sorts of businesses such as restaurants, hotels, and campsites safe and catered towards black Americans. This book influenced many families up to the 1960s according to National Geographic.

In 1936, the first “Green Book,” became a critical guidebook for African-American travelers. For 30 years, the Green Book provided information on safe places and services for African Americans during the era of Jim Crow laws. Today, social documentarian and National Geographic Grantee Candacy Taylor is documenting past and present Green Book sites.

No longer than a week after the signing of the Civil Rights Act of 1964, a mountaineer named Charles Madison Crenchaw had become the first Black American to reach the top of Denali, one of the highest peaks in North America. Since then, more BIPOC have begun venturing outdoors and forming organizations in local communities.

One example of an organization tackling the issue of missing diversity in the outdoors is LatinxHikers, a grassroots organization created to encourage the Latinx community in the southeast to promote diversity and inclusion in outdoor activities such as hiking. They began in April of 2018 in the Southeast, and have grown exponentially with their online presence. This organization was put together by Adriana Garcia and Luz Lituma, two latinas located in the southeast part of the United States.

Garcia was born and raised near Chattanooga, Tennessee, and her primary focus in LatinxHikers is to level the playing field, “so that ALL people feel comfortable and welcome in the outdoors.” She is also currently serving on the board of the Chattahoochee National Park Conservancy where she is able to lead hikes throughout the southeast.

Lituma is from Atlanta, Georgia graduating from Georgia State University with a degree in Marketing. She previously served as the Latinx Partnership Coordinator at the Appalachian Trail Conservancy and Florida Trail Association, and is always looking for opportunities that could benefit the Latinx population.

LatinxHikers has organized families together on numerous trips and hikes since its start. This photo shows members of LatinxHikers on a trip to Yellowstone National Park. It features 3 families and 2 instructors. This photo’s caption emphasizes an important statistic regarding BIPOC involvement in these outdoor spaces, “In 2017, 7% of the people who visited YNP were Latinx and only 1% were Black/African American… For many people, this was their first time in the park and also maybe their only time. This was a day many of us will remember forever… Everyone interacted with each other, shared food and stories of their childhood. It highlighted how united our culture is to our elders. Seeing a bunch of Latinx folks gather around to watch Old Faithful will forever live in my brain. It was such a beautiful moment and hilarious hearing the dads’ commentary.”

On a trip in Chattanooga, Tennessee, LatinxHikers uploaded images of families, “One of the children told me it was his first time hiking & that he already loved it! It was the perfect day to relax & show our bodies & minds some love.” Organizations like this make it possible for BIPOC to get involved in outdoor activities, and decolonize the historical mindset that outdoor recreation like camping and hiking is meant only for people of a certain race and class. 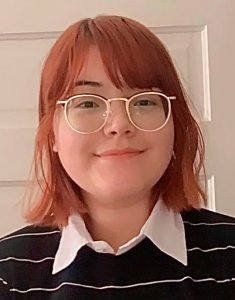