In the vibrant community of color that lies in the heart of the Pico-Union neighborhood in Los Angeles, growing crime rates and the local gangs bait young individuals. Without sufficient resources and protection from falling into the enticing promises from gangs, vulnerable individuals who come from disadvantaged backgrounds end up becoming a part of the violence that surrounds them. These cycles ultimately trapped George Sanchez into the dangerous world of gang affiliation and crime. He faced various challenges in his childhood including multiple losses and hardships at a young age. The death of his mother and the devastating affects it had on his family led to the exposure of his vulnerability to a community that showed him an easy way out of the pain.  As a result, George Sanchez found himself in prison at the age of 13, when other children were getting ready to begin their years in high school.

The Growing Pain of a Young Brown Man

The Story of the Westside is a short film narrated by Sanchez himself, where he recounts the major events in his life that led him through trials and tribulations to a new life as a writer. At a young age, Sanchez had to wrestle with the harrowing event of losing his mother during childbirth, where his younger brother experienced a traumatic birth that has led him to require constant medical assistance.

Sanchez moved back to the Pico-Union area, where he found comfort and familiarity in the streets. George’s decisions led to his incarceration at the age 13 into a juvenile detention center. In his time inside of the Northern California detention center, Sanchez was able to use his time to use writing and poetry as an outlet for the pain he experienced. Sanchez grew aware of his own existence as a brown poet, rather than a member of the gangs and violence that he often affiliated himself with.

“I began in Central when I was 13, I was just bored and I was reading a lot of what I’d call “hood books,” like Always Running by Luis Rodriguez. I was inspired so I got my hands on a composition book. I thought it was gangster to have a composition book to get started. I got a hold of The Rose That Grew From Concrete by Tupac and I’d say that was really the genesis of my writing. It inspired me, at first it was just doodles and short poems, but it got to the point where it was so much more than that. I began asking Catholic volunteers if they could allow me to speak.

I wanted to read my poems to people, many of the other inmates were not like that so that kind of brought me attention because I started meeting up with Artists that would come to the juvenile hall to teach creative writing classes. They really enjoyed my poetry and saw there was very important material & that I was talking about some real stuff. There is a woman named Alexis Spencer who is a published poet herself. She asked me if I would like to create a book of my poetry through a printing press that she was in touch with.

That was my opportunity, she was also a volunteer who came in to talk to the youth. I began meeting with Alexis over the weekend. She’d go over my poetry and would make edits to my work. Through her, I was able to publish my first collection of poetry. I continued to write because of a friend of mine who is more like a brother. I call him my brother; his name is Ray Adornetto. He’s one of the main founders of Words Uncaged/Unlock Tomorrow. I began to get mail from people who had read my book, they started going out of their way to listen to me, calling my writing a talent.”

Sanchez has since published a few limited editions of books for his poems, Words From the Deep Core of my Brown Corazon and An Aztec Slave. His writings carry a variety of subjects that range from personal stories to opinion pieces on current events. Sanchez described his approach to writing by saying,

“It’s more so where I am mentally at the time, I’m more of an observer of not just my environment but also what’s going on in the country. I mostly write about myself, my inner feelings, my struggles. It’s just about myself and capturing my point of view on the world. I could get very political, I wrote a lot about Donald Trump when he first became president, I was 16 years old. My writing is like a colorful variety of poetry, speeches and essays. I share a lot of my personal beliefs and what’s helped me navigate dangerous atmospheres.”

He credits his own realization of the progressive nature of society as a drive for his writing. Sanchez spoke of his journey in learning of his own identity during this time, referring to himself as a Latinx male.

Sanchez is now currently working alongside Words Uncaged, an organization formed to uncover the hidden talents of imprisoned people in California. Based out of Cal State LA, the organization focuses on providing inmates with outlets and support that garners their creativity. The organization has published works of several incarcerated men ranging from intricate paintings to writings, ranging in styles and topics. The organization hopes to provide the inmates with the tools to express themselves and to garner curiosity for them to chase their passions. Sanchez’s work with the organization includes going out and telling his story to other inmates in hopes of motivating them to pursue their own creative interests. He has also been able to speak in public Los Angeles Unified schools to reach younger audiences in hopes of encouraging them to choose paths that enlighten their creativity rather than choosing other outlets to pass the time.

Sanchez understands his identity as more than the actions of his past, connecting heavily with who he is because of the experiences he had to face. He continues to use his writing to convey his personal thoughts and emotions in hopes that his writing finds those who look for it rather than writing for a specific audience. 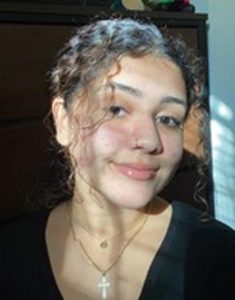 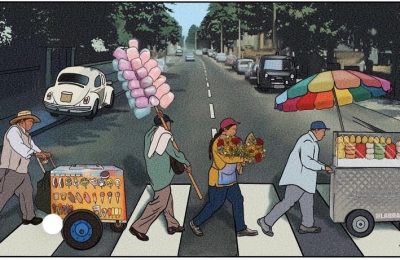