Mindfulness is a meditation practice in which one is encouraged to be in the present by being aware of their body’s sensations and feelings in the moment. Often times it involves deep breathing and visualization in an attempt to reduce stress and promote relaxation.

Mindfulness has proven benefits of stress, anxiety, and depression reducing effects, as well as physical health benefits such as improving sleep, blood pressure reduction, and improving diabetes control. Mindfulness has roots in Eastern religions like Hinduism and Buddhism, but has been secularized for Western practitioners. With growing popularity and supporting literature, mindfulness is often included in common mental health interventions and offered adjunct to psychotherapy.

Considering all of its health benefits and ease of use, it has increasingly become more accessible through guided meditation videos online and smartphone apps; it has the potential to reach almost everyone. However, most of these resources have been developed exclusively in English and for certain populations. Literature suggests that research investigating mindfulness has primarily been focused on English-speaking populations, but new emerging studies show promise for its implementation within Spanish-speaking Latinx communities. Researchers urge the use of mindfulness within Latinx communities, considering its benefits to reducing chronic inflammation that could lead to the development of chronic illnesses such as diabetes and heart disease, which have high prevalence among the population.

A 2014 Pew Research Center study investigated the practice of meditation among Latinxs and identified that meditation is commonly practiced among a considerable sector of this population. From the responses collected, it appears that 49% of participants practice meditation at least once a week, and 62% of those are immigrants. It appears that some immigrants are already practicing meditation in their own ways, and it may be promising to introduce mindfulness to these populations.

The University of California, Los Angeles (UCLA) conducted a study with Spanish-speaking immigrants who reported moderate stress levels. Results showed that there was a considerable improvement in depression symptoms and stress reduction for participants.

The study of mindfulness for Spanish-speaking immigrants has gained traction and researchers are focusing more on making this meditation practice more accessible and relevant to these populations, especially through technology. Dr. Michael Irwin, UCLA Professor of Psychiatry and Biobehavioral Sciences shares that “Mindfulness programs have the potential to address this need because these treatments are scalable, relatively low cost and accessible.” A project called Mind-Us being conducted by UCLA focuses on providing mindfulness meditation to people of color experiencing race-related stress.

Mindfulness may serve as a way to reach immigrants who are hesitant to solicit mental health services otherwise. Free smartphone-based services that offer mindfulness practices in both Spanish and English, such as the UCLA Mindful app, may be a starting point to address disparities that exist in mental health access. 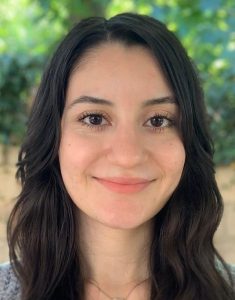 Adriana Pérez is an undergraduate student at the University of California, Los Angeles (UCLA). She is attaining a Bachelor of Arts in Psychology with a minor in Community Engagement and Social Change. Adriana is passionate about the accessibility and effectiveness of mental health interventions implemented within communities of color. Through her articles, she hopes to highlight the mental health experiences of immigrant communities. She hopes their stories may be used to advocate for equitable mental health resources and address existing stigma that exists. 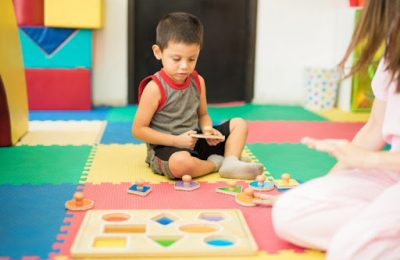