The International Book Fair of Havana has launched, after being postponed in 2021 and again on February 2022. According to Cuba’s official report, two characteristics will distinguish this fair: There will be “many books,” and the activities will be scattered throughout the city.

Two presentation rooms are set up in La Cabaña. The remaining five will be in Old Havana. The children’s section is located in the fortress, the Dora Alonso Hall, and the Tesoro de Papel Pavilion is reserved for officers, the military, and veterans.

The professional part of the Fair (presentations, panels, etc.) will take place in the historic center of the city: in the Palacio del Segundo Cabo (the José Antonio Portuondo Room), in the Palacio de los Capitanes Generales (the Alejo Carpentier Room), at the University of San Jerónimo (the José Lezama Lima, dedicated to poetry) and also at the Computing Palace, where the “Digital Cuba” project will be held —which will bring together everything related to electronic books in Cuba— and at the Casa Benito Juárez, dedicated to Mexican activities. There will also be other branches scattered around the capital.

According to the vice president of the Cuban Book Institute, this year there will be “many books:” more than 900 publishing novelties, from to this year and the past; more than 4,000 titles corresponding to four million copies. A significant investment has been made in the printing area: A Rizo printer has been added to each province in the Territorial Editions System (SET) and three large polygraphics: “Starting next year, we are going to have books with a quality that until now we could not produce.” More than 60 poetry books, 70 novels, 69 story books, more than ten comics, 200 will be available, said official reports. 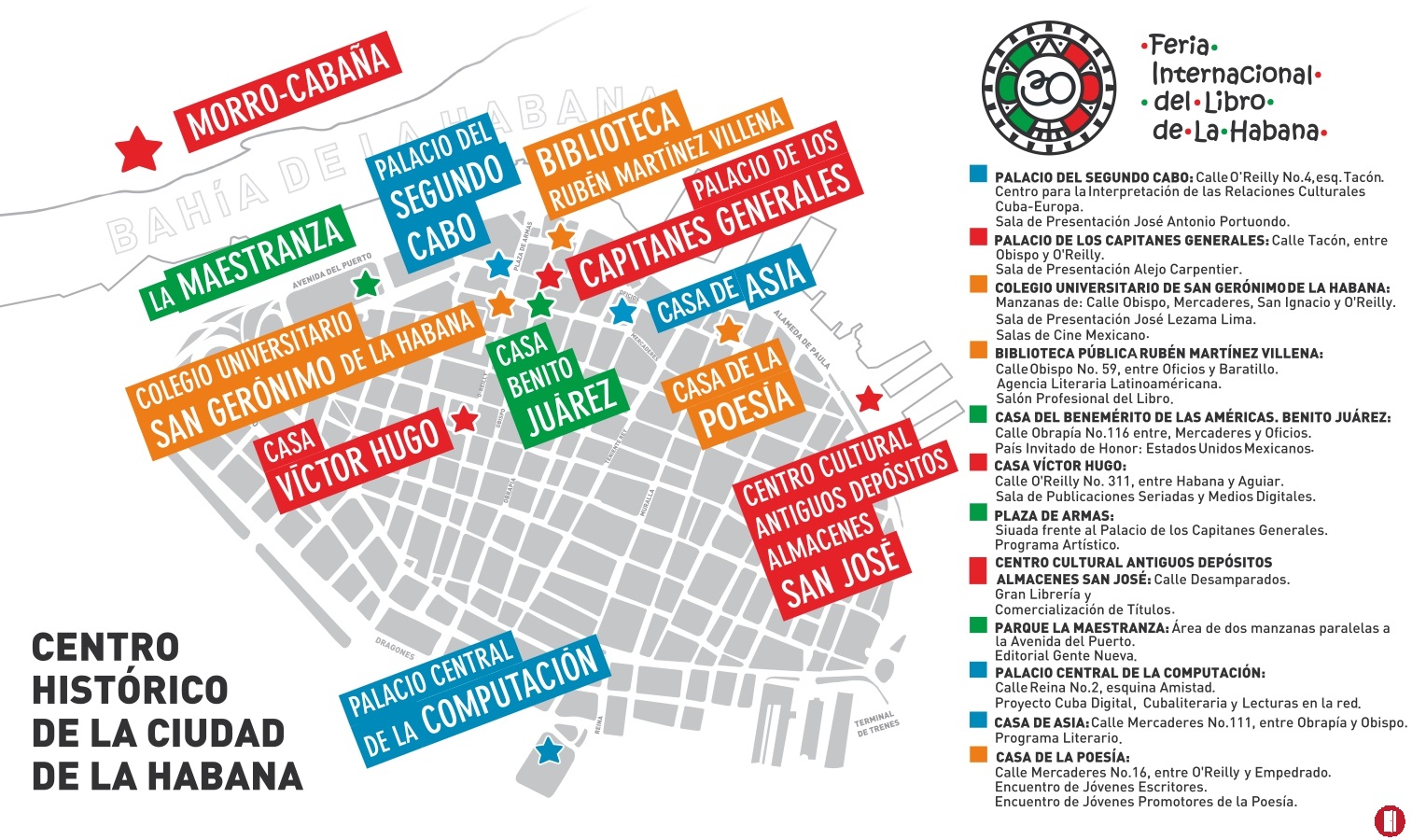 Mexico is celebrated as this year’s guest of honor. Official reports praised Cuba’s friendship with Mexico’s Andrés Manuel López Obrador, celebrated for “dispatching a ship full, not of deported Cubans, but of 26,000 books in January.”

Mexico arrived with more than 20 representatives of its literature and art along with singers, plastic artists and theater groups as part of their delegation.

There is local excitement in Cuba at the anticipation of opening of a bookstore by the Fondo de Cultura Económica de México, an important publishing house “that has published the best of Mexican literature for four decades.” According to the official, the prices will be affordable. The bookstore will be located in the premises of 27 and L, and its name will be Tuxpan, reports Yania Suarez for Diario de Cuba.

Miguel Díaz-Canel welcomed the Secretary of Culture of Mexico, Alejandra Frausto Guerrero at the opening of the Havana Book Fair. The Mexican official celebrated that, “Cuba has cultivated knowledge during these decades  in the midst of the migratory crisis that the Island is experiencing.”

Miguel Díaz-Canel made reference to the visit of the Mexican president, Andrés Manuel López Obrador, scheduled for May, according to the state-owned press, Granma.

“The Book Fair will be a party for Cuba, a party for Mexico, and also the prelude to a visit by President Andrés Manuel López Obrador, which I am sure will be memorable for our country,” said the Cuban leader. The event, which is being held after being postponed for two years due to the Covid-19 pandemic, celebrates Mexico as the guest country for the second time.

“The peoples of Cuba and Mexico are peoples who love each other very much,” said Frausto Guerrero.

“Cuba has cultivated knowledge during these decades; which has made its people so cultured, so close to the deepest part of the human being – which is the love of knowledge, of culture –, which is why it is an honor for us to be here and bring you the affection of our president, Andrés Manuel López Obrador,” said Frausto Guerrero.

After two years of suspension due to the Covid-19 pandemic, more than 4,000 titles, four million books on various subjects and 1,000 e-books (digital) expect to be sold, The Fair will have as its main venues the old military fortress San Carlos de la Cabaña and the historic center of the Cuban capital. It will bring together 276 foreign guests including writers, editors, distributors and other specialists.

The president of the Cuban Book Institute (ICL), Juan Rodríguez, pointed out that the program will gradually be extended to all the country’s provinces and explained that the health protocols established by the pandemic will be taken into account. He advanced that the Mexican Economic Culture Fund will hold a fair in Havana and open a bookstore “where the Cuban reader will have access to works and authors that would otherwise be impossible.”