This article is a follow-up to my previous guide to traveling by car in Latin America. The idea for the series comes from a study done by a driving education website that revealed the best countries in the world for a road trip. Surprisingly, Mexico, Colombia, Peru, Brazil, Chile and Argentina all came in at the bottom of the list. The rest of the countries in the continent were left out, too.

It seemed odd to me that Latin America was ranked so low, and that is why the first article put together some of the most popular, or sometimes overlooked, road trip itineraries from each country mentioned above. This time, I will strive to do the same by covering the following countries of Central America: Guatemala, Honduras, El Salvador, Nicaragua, Costa Rica and Panama.

An advantage of traveling within a small country like Guatemala is that many of its sights can be visited in day trips from a central city. This itinerary takes you from Guatemala City, the capital, to Antigua and Lake Atitlán.

Just an hour’s drive from Guatemala City, Antigua is considered the most historic and tourist friendly city of the country. It used to be Guatemala’s capital and, having been founded in 1542, it bears a resemblance to other colonial towns in Latin America. One of its sights is the Santa Catalina Arch (shown below), in the heart of Antigua, built in the 17th century to allow nuns to cross the streets without being seen by passersby. Behind the arch, you will have a view of Volcán de Agua, an 11,500-foot tall volcano accessible via hike.

From Antigua, you can drive west to Lake Atitlán, the deepest lake in Central America. The three hour drive takes you through the Carretera Interamericana, also known as the Pan-American Highway, connecting almost the entire American continent. Around the lake, there are many activities to do, like cliff diving, waterskiing, horse riding or even scaling volcanos. Of course, it is also possible to explore the lake by boat for around $3.25 USD. And if driving is preferred, you can always go around the lake and gaze at the scenery from any of the miradores (lookouts).

The view from the roads around Lake Atitlán.

Santa Rosa de Copán, on the west side of Honduras, is considered not only the safest city in the country but also the best destination “off the beaten path.” For those looking to get away from big cities, Santa Rosa is known as Honduras coffee capital and so, it is home to traditional coffee factories. It is best to visit during the coffee harvest season (typically from October to February). Although it is in the heart of the mountainous region of Honduras (and nearing the border with Guatemala), it is only a two-and-a-half hour drive from San Pedro Sula, one of the main cities in Honduras.

About 40 miles off the northern coast of Honduras lies the island of Roatán. Most recently known for its housing development projects due to growing “second-home” tourism, the activity on this island has grown exponentially. Its white-sand beaches and crystal-blue waters are, no doubt, one of its main attractions. However, you might want to rent a scooter and discover the island’s top spots by yourself, as the island is, at the most, three miles wide. Even though it is a popular destination for cruise ships, it is also possible to fly to its own international airport from Houston, Newark, Atlanta or Miami.

A pier near Puerta Azul, on the west side of Roatán Island.

The smallest country in continental America packs countless destinations with the advantage of only needing a few days to travel around its most popular spots.

After exploring San Salvador, the capital, it would be wise to visit the nearby Lake Ilopango just ten miles east. It used to be a volcano about 1,500 years ago but over time became a freshwater lake. Though its formation was due to an eruption, there is no need to fear as today it is a relaxing, family-gathering place for many Salvadoreños. Its serene beauty draws the interest of divers, fishers and boating enthusiasts. Below is only one of the spots where you can enjoy Lake Ilopango.

Also near San Salvador—just 45 minutes south—you will find two huge, similarly-sized rock formations known as Puerta del Diablo (Devil’s Door). It was one solid peak until 1762, when a torrential storm swept away the soil causing a collapse in the middle of the mountain, leaving a “door” between the two peaks, although local lore has a different story. With ties to El Salvador’s civil war, today, it is a popular visiting spot, and hiking up one of the two mountains will give you one of the best views of the Salvadoran landscape only minutes away from the capital.

The view from the Devil’s Door, with the two peaks on each side.

On the shore of Lake Cocibolca—just twenty miles away from Managua—the colonial city of Granada is a great option for international travelers. It has become one of the main expat cities of Nicaragua due to the low cost of home ownership. The cathedral on the main square and the souvenir shops surrounding it are popular tourist spots. Lake Cocibolca, also known as Lake Nicaragua, is famous for having two smaller volcanic islands inside. Furthermore, the city has gained the reputation of being one of the safest to visit in the country.

From Managua, you can drive south for two hours until you reach San Juan del Sur, Nicaragua’s “surf town”. Even if you do not surf, you will have the chance to do some horse riding on the beach, take a catamaran ride along the coast, see the turtles hatch from their eggs during July to January, and even rent a quad bike to get around the muddy outskirts of San Juan. A must-see, however, is the 77-foot Cristo de la Misericordia statue, one of the tallest Jesus statues in the world. On the top, the views of San Juan and its beach are definitely worth the hike:

Picking only two places in Costa Rica is somewhat of a daunting task since the country has become one of the most popular—if not the most—destinations for tourists in Central America. I will only suggest two places, but feel free to explore Kimkim’s customizable, multi-day itineraries.

The capital city of San José is the perfect way to start our itinerary, not only due to its accessibility from abroad but for its distance to our points of interests. San José, in fact, can be a destination in itself and, with a rental car, for example, you will have the freedom to explore the main attractions at your own pace: the Mercado Central, the Catedral Metropolitana, the Pre-Columbian Gold Museum and the Jade Museum (the world’s largest collection of the green mineral). You will also have the chance to visit Barrio Amón, a neighborhood with mansions that were owned by coffee growers in previous centuries.

Overview of San José, the capital city of Costa Rica.

Costa Rica is also known for its lush greenery. A westerly, two-hour drive to Monteverde (as its name implies) will take you through some of the greenest sceneries in Central America. You will find the famous suspension bridges across the whole area, allowing you to see the canopies, orchids and, if chance allows, the colorful resplendent quetzal, only found in this part of the world. On the way, you will also pass the Volcán Arenal, an almost 5,500-foot high active volcano that last erupted in 2010. If you decide to stop to see the volcano, you can hop onto a different kind of ride with some horseback riding in the pastures and gentle hills of the Arenal region.

Suspension bridges in the Monteverde region.

And thus we arrive at our final destination of Central America: Panama. Just two hours west of Panama City, the Valle de Antón sits on an inactive volcano crater and is home to waterfalls, hot springs and hilly terrain with amazing views. One of the most famous hikes in the valley is called La India Dormida, where you will be able to see the entire city of Antón and the mountains that surround it. If the tropical heat is taking a toll on you, the 2,000 feet of altitude will relieve you with more manageable temperatures between 50° to 77°F. In the city, you will also have the chance to check local markets, buy artisanal crafts by native communities and buy traditional Panamanian hats.

The entire Antón Valley sits on what used to be a crater.

But back in Panama City, the amazing engineering of the Miraflores Locks (in the Panama Canal) are a must-see, and it is generally 30 minutes away from almost any point in the urban area. Alternatively, you can stroll around San Felipe or Casco Viejo, Panama City’s historic downtown neighborhood, and see the Panama Canal Museum, enjoy a raspao (snow cone), visit the local fish market and try the ceviche and even take a segway tour. Known also for its modern skyscrapers, Panama City is perfectly suited for those who enjoy a little bit of nature and history with the advantages of an industrialized city within a short radius.

Even if you are not planning to travel nor doing a road trip in Central America, hopefully this article has shed some light on some of the beautiful places that make up just a tiny section of our extremely diverse American continent. In a future series, I will suggest itineraries in the other South American countries and some of the islands in the Caribbean. 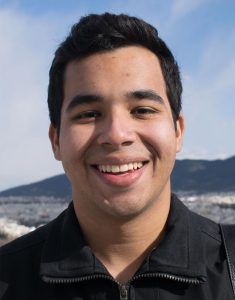 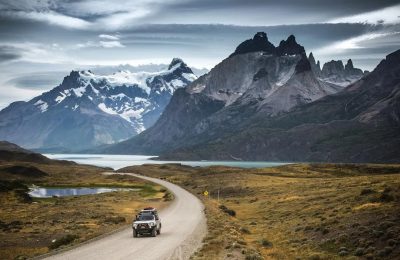 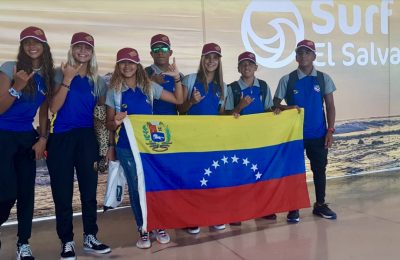