After decades of claims, the government of the Dominican Republic orders the formalization of domestic work.

In a historic event and in order to protect any person who performs domestic work and in accordance with Convention 189 of the International Labor Organization -ILO- and Law 87-01, the Government established the formalization mechanisms for domestic workers and workers in that sector.

The announcement was led by the President of the Republic Luis Abinader and the Minister of Labor, Luis Miguel De Camps García, within the framework of the work agenda carried out in the Duarte province by the president.

During this activity, the Minister of Labor expressed that “by express instructions of President Luis Abinader, we assume the commitment to make these resolutions a reality and with them achieve the recognition of the deserved and fair rights of Dominican domestic workers.”

“It is a great achievement for this historically forgotten sector, since until now it was unprotected in the Social Security System and without access to a survivor’s pension and occupational risk insurance,” said De Camps.

In his speech, Luis Miguel De Camps expressed that “the road has been long and the journey arduous, but thanks to the will of the sectors involved, especially the social, union and employer organizations, today we can say that the Dominican Republic is a country with more social justice, a country in which all workers are recognized with all their rights.”

“What you see before you, Mr. President, is nothing more than another step towards the fulfillment of your dream and the construction of your true legacy: a fairer Dominican Republic, where no worker is unprotected from the protection of the law,” he added.

He recalled that since the Ministry of Labor called for a public consultation on this issue, the CNSS created a Special Commission, which evaluated and learned about the situation of domestic work, managing after several meetings with sectors linked to the system, to collect all the proposals and produce the changes that today will mean a real benefit for the workers and employers of the sector and with whom the Government fulfills a great social debt.

These resolutions, which will enter into force three months after their publication, recognize the following rights, among others: Minimum wage, Registration with the Social Security Treasury, Definition of Working Hours, Improved Family Health Insurance Coverage, Labor Risks Protections, Survival and Disability Pensions, as well as a Plan for Inclusion in the Solidarity Pension Program.

According to the declarations of the Minister of Labor, Luis Miguel De Camps García, these resolutions also represent protection for domestic employers, who will not have to assume, as has been customary until now, the medical expenses of their employees and those derived from labor accidents.

He also pointed out that work is being done on a simplified online system that allows for quick and easy registration of workers by employers, which will also include an automatic payment module to ease the administrative and management burden.

Resolution No. 14-2022 of the Ministry of Labor establishes that its main purpose is to put into practice ILO Convention 189 on decent work for women workers and for domestic workers, who are dedicated to tasks typical of the home or other place of residence or private room.

Resolution No. 551-08 of the National Social Security Council creates the Pilot Plan that establishes the necessary mechanisms for the inclusion of domestic workers in the Dominican Social Security System, under the Subsidized Contributory Regime, financed under a fixed contribution scheme, charged to the employer, the worker and the State.

An important claim of this decision is the assignment of survival pensions for the direct dependents of the domestic worker under the same conditions established by Law No. 87-01.

Resolution No. CNS-11-2022 of the National Salary Committee establishes the minimum wage for the domestic sector to be 10,000 Dominican pesos per month ($190.24).

Workers who at the time of approval of this rate enjoy a salary higher than the one fixed, may not have their salaries reduced, in accordance with the provisions of Article 217 of the Labor Code, without prejudice to said salary made by agreement between the parties.

Ministry of Labor Provides Details of Domestic Work in the DR

Impact for the Dominican Republic

Domestic work is an activity of great importance for the country, both for the jobs it generates and for its contributions to the well-being of thousands of Dominican families. Recent studies confirm that 5.4% of the employed population is dedicated to domestic activity and that it also represents 12.3% of female employment in the country, only behind trade and other services.

Number of domestic workers in the Dominican Republic

According to official data from the Central Bank of the Dominican Republic, until last year there were approximately more than 245,000 domestic workers in the country; representing 5.4% of the workforce, being 92% women and 8% men.

According to data from the Central Bank, until last year the average salary that a domestic worker received in general was 8,415.00 Dominican pesos per month.

The new minimum wage in the domestic sector has been established at 10,000 pesos.

What Delayed Recognition for this Important Sector

Although in recent years there have been efforts and initiatives to recognize the importance and rights of domestic service, a regulatory framework was necessary that could have a positive impact on both workers and employers, fundamentally in five key aspects: the minimum wage, the definition of the working day, health insurance, occupational risks and pensions.

The Importance of Regulating Domestic Work

The domestic sector contributes to the well-being of thousands of Dominican families. However, this sector did not have a regulatory framework that guaranteed fundamental rights, such as breastfeeding and maternity subsidies, access to extended health coverage or coverage for occupational risks.

Memories from 50 years in the field of Domestic Work

Victoria Garcia Ravelo, President of the Domestic Workers Association had this to say:

“The women who worked in domestic work before us were ashamed, they had low self-esteem, because there had been so many humiliations they had to endure. A person without rights feels unprotected, alone, abandoned, because there are no laws to protect them, there is nowhere to complain. To them I say, ‘the work you do is important. You are important.’ After 50 years of working in this industry, we shouldn’t leave empty-handed, with only tiredness in our bones, but now this has changed. This is a historic moment for us. We are the warriors. The majority of us are single mothers. We need to bring bread to our tables. Thank you for appreciating our work. At last! Por Fin, Victoria!” 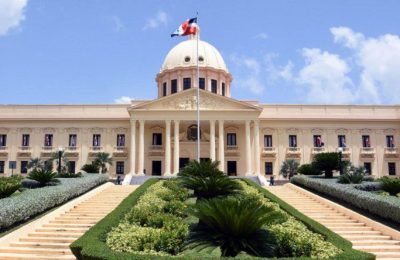 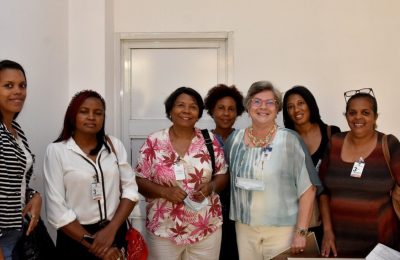