Centros Culturales Nacionales improve cultural circulation by working throughout the Uruguayan territory in coordination with departmental administrations and cultural directorates across municipalities.

The main purpose of the program is to guarantee the accessibility of cultural goods and services by promoting the different local, national and international artistic expressions. The National Directorate of Culture, partners with the Territorial Management sector to implement the program.

The ceremony in Tacuarembó was attended by the Minister of Education and Culture Dr. Pablo Da Silveira, the Coordinator of the Territorial Management area of the National Directorate of Culture Juan Carlos Barreto, and the Director of Culture of Tacuarembó Carlos Arezo. At the end of the activity, the attendees enjoyed the presentation of the Sodre National Youth Choir.

The Minister of Culture, Pablo da Silveira, stated that “we are doing something important for the people of Tacuarembó…the National Cultural Centers are not set up from scratch but are built from a reality that already exists, working in the interior of the country to deepen the knowledge of the richness of each local site.”

The National Cultural Centers are integrated into the public policies of the National Directorate of Culture and in coordination with its National Institutes (Cinema and Audiovisual, Performing Arts, Visual Arts, Letters and Music), as well as other areas and museums.

Each institute designs an annual plan of action; a series of trainings and cultural proposals that are planned at the local level. The goal is to generate a diverse and varied agenda of programs for the community.

On Thursday September 8, Casa de la Cultura Vichadero was nominated as a National Cultural Center. The nomination ceremony  was attended by national and departmental authorities.

The National Cultural Centers are integrated into the sociocultural policies of the National Directorate of Culture in coordination with its artistic institutes and all its estates, areas, programs, museums under its control, municipalities, and other relevant public and private institutions and organizations committed to improve the conditions for cultural circulation throughout Uruguay. The centers are a space for socio-community work.

These public spaces are unique. Their characteristics, location and proximity to members of local society promote Uruguay’s mission to contribute to the decentralization of the country’s cultural development and guarantee accessibility to cultural goods and services for all. 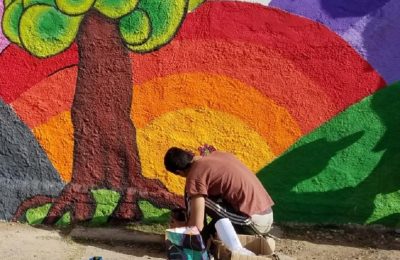