The Secretary of Foreign Affairs, Marcelo Ebrard Casaubon, led on September 13, the delivery of 880 solar water heaters to families in the municipalities of Encarnación de Díaz, San Diego de Alejandría, Tonalá and Zapotlanejo, in Jalisco.

The project is financed through the Mexico-Chile Joint Cooperation Fund, which agreed to allocate resources to Mexico in the amount of 200,000 dollars to advance energy savings and efficiency in vulnerable communities through access to clean energy mechanisms.

Secretary Ebrard pointed out that the use of solar heaters save gas and water,

On the other hand, he assured that with the initiative, “We also help our environment […] and we save gas, which makes this more economical.”

He recalled the instruction of President López Obrador:

“Everything we do has to translate into a benefit for our communities and always think about the poorest, those who have less, those who have the most difficult life. That is what our task should be […] to work every day, to do good,” he remarked.

A total of 880 solar heaters will be distributed, 630 in Tonalá, 100 in Zapotlanejo, 75 in Encarnación de Díaz and 75 in San Diego de Alejandría.

The equipment will benefit families in vulnerable situations, which will allow them to generate savings by reducing their consumption of LP gas and other polluting sources such as coal.

The event was attended by the Undersecretary for Multilateral Affairs and Human Rights of the SRE, Martha Delgado Peralta; the executive director of Amexcid, Laura Elena Carrillo Cubillas; the Chargé d’Affaires of the Embassy of Chile in Mexico, Jorge Vidal Rodríguez; the representative of the Government of the State of Jalisco, Bárbara Casillas; as well as the mayor of Tonalá, Sergio Armando Chávez Dávalos; the mayor of Encarnación de Díaz, Gilberto Antonio Palomar González; and the mayor of San Diego de Alejandría, José de Jesús Sánchez González.

“We always have to defend the Denomination of Origin and take care of the presence of tequila in the world,” said the foreign minister during his visit to Jalisco. In a meeting with producers, they also asked him to defend tequila unfair competition and tariff barriers, among other issues.

The foreign minister highlighted the importance of the tequila industry and the opportunities that are opening up for this sector worldwide.

Marcelo Ebrard also listened and talked with jimadores and field workers and toured the agave fields where he learned about the process and even took time to jimar an agave.

Meeting with Business Sector from Jalisco

During his visit in Jalisco, Foreign Minister Marcelo Ebrard attended the Session of the Board of Directors of the Confederation of Industrial Chambers (Concamin), in Tequila. In his meeting with business leaders from the entity, the secretary conveyed the good results of the meetings he held with the US delegation led by the Secretary of State, Antony Blinken, and his interest in strengthening the economic and investment relationship with Mexico.

Jalisco, The Silicon Valley of Mexico

“It also has a very powerful creative industry, so I think Jalisco has a very good chance for that.”

On the other hand, Foreign Minister Ebrard met with business leaders from the tequila production sector and with agave workers. The products of this industry are among the most exported from Mexico to the world, with the support of embassies and consulates.

“To the Republic of Chile, our hearts are filled with gratitude. The gesture will never be forgotten. Pueblo hermano; they are our friends…Our president says, “love is repaid with love, so counts on us not forgetting the generosity of the Chilean people,” Ebrard mentioned.

“Thank you, Chile. Many years ago…the asylees arrived, the exiles from Chile, hermanos, they were my teachers and the teachers of so many in Mexico… Salvador Allende came to the University of Guadalajara and delivered one of the greatest speeches in history, pueblo hermano, thank you, we will not forget Chile.”

The Ministry of Foreign Affairs reaffirmed its commitment to continue promoting development initiatives for Mexican communities and empowering national companies. 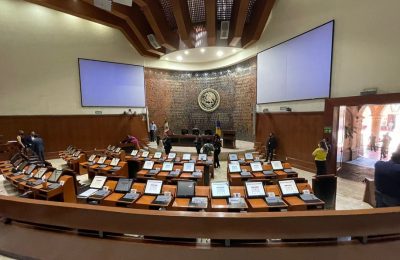 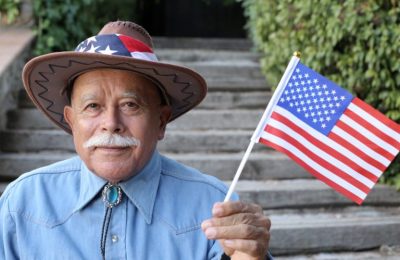