Honduras to Conduct First Survey on Violence Against Women. The survey aims to expand and generate statistical data that will be utilized to inform violence prevention programming by decision makers, academia and civil society.

Honduras will begin next Monday the first specialized survey on violence against women and girls, with the support of the United Nations Development Program (UNDP) and the United States Agency for Development (USAID), HRN reported Thursday.

The survey will allow the Honduran authorities to gather data on the acts of violence that affect women, the obstacles they face when requesting help, the responses of the justice system and social and health services, according to a UNDP statement.

The National Institute of Statistics (INE) and the United Nations Development Program (UNDP) signed a cooperation agreement that includes efforts to strengthen the capacities of INE in terms of generation and access to information.

Within the framework of this agreement, for the first time in Honduras, the “Specialized National Survey on Violence Against Women and Girls 15 years of age and older” will be carried out; as well as the information system of the website will be improved, allowing the population to access timely and reliable statistics.

Survey on Violence Against Women

The survey aims to expand and generate statistical data that will be utilized to inform violence prevention programming by decision makers, academia and civil society. The survey seeks to identify acts of physical, psychological, sexual and patrimonial violence in both the public and private spheres.

In the same way, the sociodemographic profile of household members associated with the various situations of violence will be investigated, according to UNDP.

The information obtained in this survey will serve to contextualize and guide the tasks of intervention in situations of violence to design public policies based on evidence and with a gender approach, support for victims, awareness of the population and education on protection mechanisms existing in the country.

The results of this survey will be presented early next year, reports UNDP.

According to the Director of the INE, Eugenio Sosa, “there cannot be full democracy or justice in contexts of violence. Violence against girls and women is one of the scourges of Honduras. In the government of President Xiomara Castro we work on statistical evidence. The survey that we will apply and analyze will be part of our contribution to the construction of public policies against violence against women.”

The director of the National Institute of Statistics (INE) of Honduras, Eugenio Sosa, said that the country requires “disaggregated, timely and reliable data on the situation of women.”

He noted that the survey will make it possible to measure the magnitude and dimensions of the problem, establish baseline parameters, identify high-risk groups, focus interventions, prevention activities, monitor changes over time, and assess the effectiveness of interventions.

The survey will also help the Central American country learn about the situation of violence suffered by women, both in the public and private sectors.

“This first survey is significant because of the topic it addresses and the possibilities of use that will feed into decision-making and research,” underlined the resident representative of the UNDP, Richard Barathe.

The survey will be applied to 7,200 households in the 18 departments of the country and its results will be presented at the beginning of 2023.

The role of Honduran Women in Data Collection

The survey will be carried out by a group of 52 women who have been trained on issues of gender, violence, interview techniques, handling of paper and digital questionnaires, reported HRN.

Of the total number of women trained, 39 will be in charge of collecting the data and 13 will work as supervisors, all of whom received a certificate of recognition on Thursday after completing a training day.

UNDP will also support Honduras to improve and develop the information system of the INE website, allowing the population to access timely and reliable statistics.

Honduras to Conduct First Survey on Violence Against Women

Next week, data collection begins. The survey will be carried out at the national level starting in the second week of November and will serve to discover various dimensions that affect women and the links to security issues and violence prevention.

According to the director of the INE, Eugenio Sosa, “We must measure the magnitude and dimensions of the problem, establish baseline parameters, identify high-risk groups, focus interventions and prevention activities where they are most needed, and monitor changes over time while assessing the effectiveness of the interventions.” 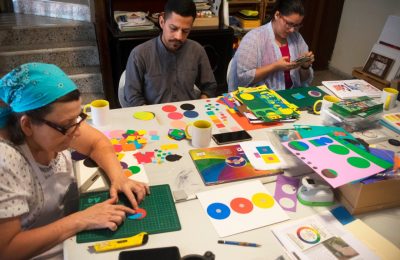 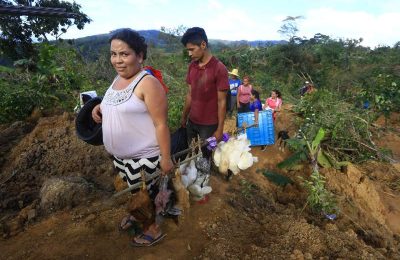