DR Begins National Population and Housing Census. The census begins today with 35,000 enumerators. For nine hours, from 8:00 in the morning to 5:00 in the afternoon, a group of pollsters will tour the Dominican Republic to collect information about Dominicans.

The tenth National Population and Housing Census begins today in the Dominican Republic and with it comes the application of a new data collection format that have raised questions in the millions of Dominicans who will be counted.

Around 35 thousand men and women will work from today until November 23 in the collection of data from more than 4.5 million Dominican households with the intention of going to the most remote areas of the territory.

The enumerators will wear a cap, a vest and an identification card with a QR code with which Dominicans can confirm that they truly belong to the census staff. All clothing will be blue and white with the logo of the National Statistics Office (ONE).

What will be done with the data that is collected?

The information provided by the X National Census, which would be published in the first quarter of 2023, will be used so that public and private institutions can adjust, define, implement and evaluate plans, programs, policies and strategies for sustainable human development, economic and social, as well as efficiently distribute the resources of the State in order to improve the quality of life of Dominicans.

After 12 years of census delay in the country, today the Tenth National Population and Housing Census formally begins, which will be carried out until November 23. Enumerators will collect data from citizens to make projections and prepare economic and social development plans.

The director of the Census of the National Statistics Office (ONE), Víctor Romero, informed Listín Diario yesterday that everything is ready for the census.

Romero recalled that the census began several years ago, but that today the house-to-house registration of everyone will begin.

The interviewers (blue vest) and supervisors (red vest) will be identified by their clothing and with a card that will have a QR code, where the respondent can confirm the legitimacy of each census team.

The census ballot will be segmented into six sections, each containing a certain number of multiple-choice or single-answer questions. For this statistical operation it will be necessary to fill in 67 questions, for the ONE to measure the living, demographic and economic conditions of the surveyed population.

For these purposes, the institution will deploy a team of 35,000 enumerators. The census personnel will visit the house at least three times, on different days to guarantee that each household can be registered.

Likewise, if the dwelling is found without a suitable informant, the information referring to the dwelling will be captured, but the persons will not be enumerated.

The respondent in the dwelling, who will complete the census ballot, must know the basic information of all the inhabitants of that household and be over 15 years of age.

The results of the census will be used by the public sector, non-governmental actors (private, NGOs, international cooperation, among others) and for commercial purposes, for example, to detect new consumption patterns, and identify their geographical location. In the case of civil society, it will be used to improve the effectiveness of particular services and social demands.

Romero expressed that the desertion of enumerators in this type of process is normal, which entails the massive integration of citizens. He said that there are different situations that are presented to the registrars even from the training process and during the field work, when going from house to house according to the corresponding polygon. “After they start working there is a group that leaves, that’s normal…There are people who realize that it wasn’t what they wanted, that there are many dogs that suddenly come out on the streets…,” he highlighted.

Census Days by Law must be non-working days; those who do not give information can be fined.

Article 26 of Law 5096 establishes that: “The days indicated by the Executive Power, for carrying out the Population Census will be non-working days except for the work inherent to the execution of said census.”

The President of the Republic, Luis Abinader, today asked citizens to support the X National Population and Housing Census that will be carried out in the country until the 23rd, with the integration of 35,000 enumerators under the coordination of the National Statistics Office (ONE).

The president was the first Dominican to be registered in the census and asked the population to collaborate with the personnel that will carry out the census so that it achieves the success that is required, seeking to promote the development of the new economic and social policies that will be applied in the national territory.

In this regard, the president stated:

“I ask the Dominican people to collaborate so we can accurately know how many we are; how we are doing; and what we need, so that the government-this and future governments-can meet Dominicans’ needs.”

Likewise, the government official explained, “Without accurate data, there are no adequate public policies.” 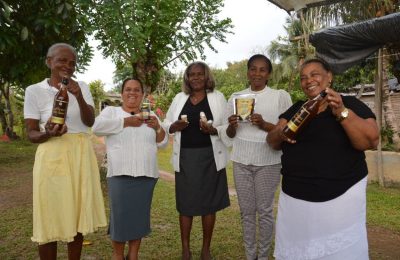 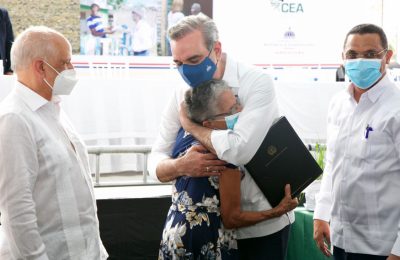