About 3.3 to 3.6 billion people live in regions with high human vulnerability to climate change. Vulnerabilities vary by location and are shaped by intersecting processes of marginalization, including gender, class, race, income, ethnic origin, age, level of ability, sexuality, and nonconforming gender orientation.

Understanding the positive and negative connections between climate action and gender equality goals is essential both to avoid exacerbating existing gender-based inequalities and to foster gender-transformative and effective climate action.

The following Fact Sheet was published by the US Department of State reporting on Gender Day at COP27:

At COP27, Our Climate Future is Female: A Progress Report on Implementing U.S. Efforts to Advance Women and Girls’ Climate Action

Fact Sheet, US Department of State

Office of the Spokesperson

On November 14, 2022, Gender Day at COP27, the U.S. government is proud to announce the following strategies, initiatives, and programs addressing the disproportionate impacts of the climate crisis on women and girls and empowering women and girls as climate leaders:

At COP27, Our Climate Future is Female: A Progress Report on Implementing U.S. Efforts to Advance Women and Girls’ Climate Action

The White House Office of Science and Technology Policy

The Bureau of Energy Resources 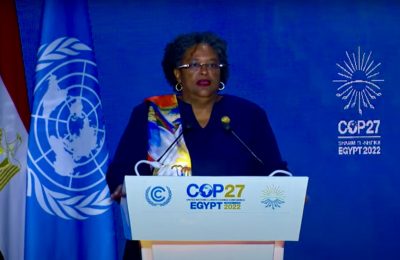