El Salvador’s pension reform seeks to dignify workers.  The Minister of Labor announced that pensions will increase to 400 dollars. The reforms will tackle evasion of withholdings by employers.

The Minister of Labor and Social Welfare, Rolando Castro, reported that the reform to the pension system presented the week of November 28 by the Ministries of Finance and Labor to the full legislature, increases  pensions to 400 dollars. Castro made the announcement during the morning program, Diálogo con Ernesto López.

The minister assured that more than 150,000 retired people will receive the increase, after the reform is approved by the deputies and published in the Official Gazette, “For about 150,000 pensioners, their pension will reach $400. We are guaranteeing pension justice for those who did not have it before,” he said.

The official assured that another aspect of the reform is that the employer will pay 1% more in the contribution rate of the pension system, going from 7.75% to 8.75%, keeping the worker’s contribution at 7.25%.

As for the workers who made the advance of 25% of their pensions, Castro assured that the workers will not have to return the money, nor will their working time be increased.

The official assured that while the majority of pensions “are of misery and hunger,” there is a group of 684 people with pensions that exceed six thousand dollars, which implies an outlay of more than $345 million to benefit this small part of the population. Among this group are politicians, former officials and current analysts, according to what was reported.

“These VIP pensions are ending, these pensioners did not even contribute what was necessary to have pensions of more than $6,000 dollars,” said the Minister who assured that “the law defines that the maximum pension will not exceed 3,000 dollars. There is an elite of former ministers and representatives of the State who saw themselves privileged by past governments,” Castro asserted.

The Minister of Labor reported on December 1st that next week he will file a notice with the FGR and request a criminal proceeding against employers that affect some 103,000 workers.

The Minister of Labor, Rolando Castro, indicated that more than 103,000 workers who have formal jobs are affected due to the non-transfer of the corresponding quotas to the Pension Fund Administrators (AFP) by their employers.

“This is an administrative offense and it is an eminently criminal offense, and there are close to 2,000 employers in this country that are in non-compliance,” the official asserted.

Castro pointed out that, in order to safeguard the rights of these workers, next week he will appear at the facilities of the Attorney General’s Office (FGR) to present a notice against these employers.

“This week I have received the latest information from the relevant institutions and next week I will appear and file a criminal notice for this with the Prosecutor’s Office,” he warned.

“It is a very serious thing and that very little attention is paid to it. We are talking about that of the more than 940,000 formal employees that the country currently has, 103,000 workers are affected,” Castro pointed out.

In this sense, he also pointed out that this non-compliance that has persisted over time will end with the entry into force of the pension reform that is being analyzed in Congress, which contemplates the elimination of the double payroll (AFP and ISSS), and the integrates a unique system that cannot be mocked by this type of employer. “The single payroll eliminates pension evaders,” he said.

This is part of the powers that the Salvadoran Pension Institute (ISP) will have, which was born with the reform and which will become the governing, regulatory, and administrator entity of the policies that are implemented in this matter.

El Salvador’s new pension plan seeks to correct the elements that made the pension system unsustainable and with benefits for a few. The reforms will tackle evasion of withholdings by employers.

The new Salvadoran Pension Institute will assume INPEP responsibilities as part of the reforms to the system. The government will monitor the work to protect contributors’ rights, informed the Ad Hoc Commission of the Legislative Assembly.

“The Salvadoran Pension Institute will be created to be the governing body of the system, since it will assume the responsibilities of INPEP. The State will be the guarantor so Salvadorans can have a dignified retirement,” said the deputy for Nuevas Ideas, Suecy Callejas, president of the legislative table. 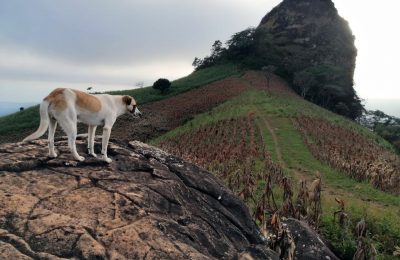