The government of Canada reports that the Canadian economy has experienced one of the fastest recoveries from COVID-19 among advanced economies, but is now facing critical labor market shortages causing concern among Canadian businesses and workers.

On November 1st, the Honorable Sean Fraser, Minister of Immigration, Refugees and Citizenship, released Canada’s 2023–2025 Immigration Levels Plan, a path that centers immigration as a strategy to help businesses find workers and fill jobs in health care, trades, manufacturing and technology—and manage the social and economic challenges Canada may face in the decades ahead.

This November, Canada released the Immigration Levels Plan which will welcome approximately 460,000 new immigrants into the country, “to strengthen the economy, reunite families, and help refugees.” The plan is set to introduce 465,000 new residents in 2023 and gradually increase the numbers per year.

“Last year, we welcomed the most newcomers in a single year in our history. This year’s Immigration Levels Plan will help businesses find the workers they need, set Canada on a path that will contribute to our long-term success, and allow us to make good on key commitments to vulnerable people fleeing violence, war and persecution,” said Sean Fraser, Canada’s Minister of Immigration, Refugees and Citizen in a press release.

Canada’s birth rate remains low while its population continues to age. This trend is leaving the workforce with a gap which is fulfilled through immigration growth.

Flavia Leiva, the outreach coordinator for The Welcome Collective, a charity based in Montreal, revealed that a 300% increase of migrants from Mexico were seeking out assistance from the organization for essential services at the beginning of the year.

“They had to flee due to violence and other humanitarian reasons. To find a better place for their children,” said Leiva of the increase of migrants. She also referred to the influence of social media on the increase, citing the amount of YouTube and TikTok videos that cite Canada as an “easy” destination to reach for Mexican migrants.

Conditions in Mexico Worsen, Leaving Many to Look for Asylum in Canada

As more Mexican citizens find themselves in situations that lead to their search for refuge in other countries, the increase of asylum petitions in 2022 doubled from those submitted in 2019, with 8,000 applications for refugee status this year. Of these new petitions comes the story of the Meraz family, from Colima, Mexico as they found themselves to be targets of the cartel.

Pedro Meraz, a professor at the University of Colima described the area as “living in a war zone” due to the heightened violence and disruption. Meraz’s wife, Rocío González is a lawyer who works with women who are victims of violence and began to receive death threats from the cartel, which local authorities failed to address, leaving the family with no option but to find refuge in another country.

“They knew where we lived and what car we drove. When you feel that you can lose your life, or lose one of your daughters’, it doesn’t matter if we have to start from scratch,” said Meraz on his family’s decision to leave.

Canada continues to inspire immigrant families and individuals searching for routes to the country. One way is to take numerous flights to Montreal directly from Mexico. Viviana Tapia González, a mother of four and activist in Aguascalientes sought refuge in the country after being victimized through similar threats to those received by Rocío González.

Tapia González cites her work in assisting the families of murdered or missing women as the reason for the constant death threats she says she faced by the military, putting the life of her family at risk.

“I work for many causes and help many people. I didn’t want to stop helping, but I also have to protect and take care of myself,” she said to Univision about the situation. Tapia González was able to take advantage of a direct flight to Montreal and is currently living in a women’s shelter until her application for asylum is fully decided.

Canada is also seen as a safer place for many migrants as mentioned by Meraz, “Canada, statistically, has a very low rate of violence and its quality of life is much better than the United States.”

Benefits for Immigrants in Canada

Canada is opening its doors to more immigrants in the coming years. The country is also equipped with resources to assist with resettlement. In 2016, Canada lifted the requirement for visas in order to travel to the country, making the journey easier to travel to compared to the United States.

The country also provides permission to work legally with a refugee status, and offers French courses under the Quebec Immigration Ministry, with access to financial aid.

“There is no other country that gives immigrants so many facilities in terms of training, work and child benefits. All these things make people leave their countries of origin and come to make their lives here, thousands of kilometers from their families,” reassured Hayet Mohammed, who oversees the French language program at Carrefour Solidarité Anjou, a nonprofit in Quebec that helps individuals with resettlement.

Canada continues to emphasize the importance of the immigrant population in the country, more specifically through its #ImmigrationMatters campaign. The campaign consists of personal experiences from community members and informative sessions on the positive impact of immigrants in the community and how their presence reinvigorates Canada.

In an interview for the campaign with Javier Bravo, the developer of GiveLo, an online platform where individuals can find local charities to support, Bravo praised GiveLo as an amazing proof of how newcomers give back to their new communities.

“It is an original, creative idea that benefits our community on so many different levels. It helps local businesses and nonprofits. It connects the dots. It is genius,” said Hajni Hos, the Executive Director of the New Canadians Centre in Peterborough.

Immigrants in Canada contribute a large part to multiple sectors of the economy. As mentioned by the Canadian government’s campaign page, immigrants make up approximately 1 in 4 workers in the food service industry, arts industry and philanthropy field. Foreign born individuals also make up more than one third of individuals working “in scientific research and development services.”

Although there is pushback from some Canadian citizens as shown in a survey by the Canadian Studies Association where three in four individuals from 1,537 Canadians expressed that “they were somewhat or very concerned about the effect of the new plan” on social services and housing, Canada continues to emphasize the importance of immigrants in the country, a stance that carries the promise of work, safety and stability that resonates strongly with migrants from Mexico seeking an easier route to permanent residence. 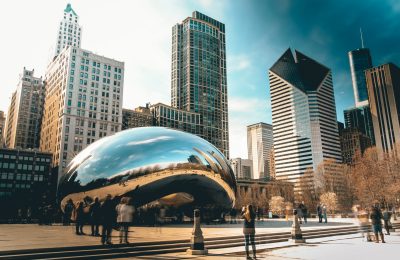