Costa Rica announces changes in its immigration and refugee policy.

The government signed two decrees with new immigration provisions, announced by the Department of Migration via a government communication.

• The First decree modifies the refugee regulations on the granting of work permits.

• The Second measure corresponds to the Temporary Special Category for Nationals of Cuba, Nicaragua and Venezuela.

The two decrees were signed on Wednesday, November 30, 2022.

The first decree is a reform to the Refuge Regulation, which determines that work permits will not be granted to applicants immediately, but they must comply with the internal procedure established by the institution first.

Permits for those who have already been granted will only be renewed if the person is registered with the Costa Rican Social Security Fund (C.C.S.S).

Likewise, any new application for international protection must be submitted within one calendar month from the day of entry into the country without the need to request an appointment, and must be presented in person.

To do this, the person must come directly from their country of origin, if not, they must justify the reasons why they did not request said protection in the country where they resided.

Likewise, refugee applicants will no longer be able to leave Costa Rica for any reason, while their application is being processed. In doing so, it will be understood as an abandonment of the process and the application will be archived permanently.

The second document corresponds to the Temporary Special Category for Nationals of Cuba, Nicaragua and Venezuela, which will come into effect on March 1, 2023.

The change is implemented to improve the refuge system, “which has suffered an abusive use that negatively affects refugee applicants who truly deserve international protection and who must wait for months and even years to have a resolution on their refugee status.”

The institution has detected that between 80% and 90% of the people who request refuge do not qualify within the definition of this international protection, including economic migrants or those who have been living in the country for years and have never been regularized.

Monserrat Cordero Parra of Semanario Universidad, reports the President of the Republic, Rodrigo Chaves, took measures ” to prevent further abuses,” since nearly 90% of applicants do not qualify for this international protection.

“We have welcomed people who seek refuge and protection since their integrity is compromised in their country of origin. That will not change. Costa Rica will keep its arms open to legitimate refugees, but there are times when people abuse generosity,” said the president.

“We had an open gate, and economic migrants posed as the types of people who qualify for refuge to be able to work in the country,” added the president, who also indicated that in the last 10 years these applications have increased by 6,000%.

“There are people who have been in the country for 15 years, who did not request refugee status. But when they realized that a work permit was available through those means, they requested it. From now on, if you are fleeing your country for legitimate reasons, you have one month to request refuge,” said Chaves.

Regarding the second decree signed last November 2022, which corresponds to the Temporary Special Category for nationals of Cuba, Nicaragua and Venezuela, that comes into effect on March 1, 2023,

“They will be able to work for 2 years as long as they waive the refugee application, register with the CCSS and demonstrate that they do not have a criminal record in their country. As long as they have also applied for refuge between January 1, 2010 and September 30, 2022 and have not gone to their country in that period,” mentioned the president.

Chaves also indicated that according to the Dirección de Migración y Extranjería, in 2022 refugee requests escalated, and those who were denied the status, stayed in the country.

“We are going to give them a chance, but they are going to have to comply with their obligations and make sure they pay the CCSS. They can work but paying their dues, ” he added.

On November 16, at the press conference after the Governing Council, the president indicated that in Costa Rica: “(…) the political refugee program, our legislation, our openness has been used by groups that are not political refugees, who are economic migrants (…)”

Faced with the increase in refugee applications Rodrigo Chaves criticized the lack of support from the IOM and UNHCR, agencies that work with the migration phenomenon, reported DW.

The President of Costa Rica, Rodrigo Chaves said he had received little support from organizations and the international community in the face of the migration crisis.

“Costa Rica is a noble country, which has opened its arms, hearts, its society and institutions to political refugees from other countries, because we believe in freedom and, above all, in democracy. However, we cannot continue paying for or accepting people who are not political refugees,” Chaves declared.

“We are taking measures to prevent our refugee system from being misused by people who want to emigrate to Costa Rica, stay here to work, because we have the highest minimum wage in Latin America, we have peace (… ) so I understand why people want to come and stay here,” Chaves said.

The Costa Rican president criticized the lack of collaboration by organizations and the international community regarding assistance to migrants, which means that the country cannot continue receiving them.

“There has come a time when the shared responsibility of the international community has fallen disproportionately on us as a society and we are not collaborating with the resources that this country needs,” he said.

The important changes in immigration and refugee policy in Costa Rica “will affect Nicaraguans, who represent the vast majority of refugee applications in that country,” according to Cindy Regidor editor for #NicasMigrantes and journalist for Confidencial, Nicaragua.

The work permit for refugee applicants will no longer be granted expeditiously, but after completing a procedure before the immigration authorities.

President Chaves had already warned on November 16 that he would take measures “to prevent our refugee regime from being misused by people who want to emigrate to Costa Rica, and stay here to work.”

Confidencial states that in the last two years there has been an unprecedented exodus, “which is reflected in the 147,270 “encounters” or detentions of Nicaraguan migrants at the US borders” in the first ten months of this year, according to the Office of Customs and Border Protection of United States (CBP). In Costa Rica, between January and October 2022, 69,891 refugee applications from Nicaraguans were recorded. 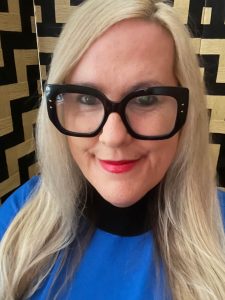 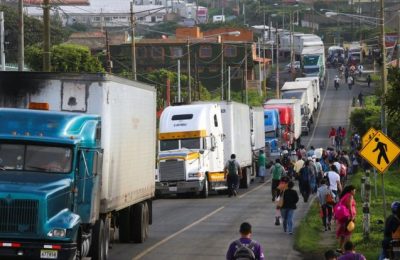