Hurricane Fiona and the Path to Remedy in the DR. The Abinader administration has repaired over 10,000 homes, while 98% of drinking water and electricity services have been restored.

“My house was taken by the river,” recalls Olga Lidia de Mota of surviving the impact of Hurricane Fiona along the río Duey in Higüey, where her home used to be. Olga, a widow, mother of two, was in the process of building her own home before Hurricane Fiona swept it away. “All I had left to build was the floor. Now,  I’ll have to start from scratch,” she told Listin Diario.

On September 19, Hurricane Fiona made landfall in the Dominican Republic; the first tropical cyclone with hurricane force to impact the nation since Jeanne in 2004. Winds of more than 120 km/h and heavy rains were recorded in the east and north of the country.

According to a report by Reliefweb international, 1.2 million people live in the area where winds exceeded 120 km/h. An estimated 668,600 households stood vulnerably in the path of the winds, at greater risk of being affected by the lack of adequate housing materials and the high incidence of poverty in these areas.

As of September 22, 2,614 homes were reported affected; twelve communities were left without communication, and reports from different communities in Bateyes in the Eastern Zone listed serious damage to housing infrastructure.

Reliefweb cites that 13,070 people were displaced to safe areas; 1,551 people were housed  in 49 shelters; over 350 thousand people were left without electricity, and more than 1 million people were affected by damage to the water supply systems. Thirteen health establishments have suffered damages and 23 roads and 16 bridges have been affected.

According to initial estimates posted on September 26, the cost of damages by Hurricane Fiona were estimated at around 20,000 million pesos.

Record breaking winds and flooding caused colossal damages to homes, businesses and roads. Some of the damages included flying roofs, flooded homes and businesses, and debris such as tree branches blocking the roads.

Rodolfo Núñez, a resident of the Los Platanitos sector, in the municipality of Higüey, recalls the destruction caused by Hurricane Fiona through the East side of the country. Rodolfo describes it as “the long night,” because, specifically at 2:00 in the morning, Fiona’s strong gusts intensified and “the zinc roofs of some houses began to fly through the air.”

“The first thing that came to my mind was to check on the neighbors who were in the lower part on the banks of the Duey River,” he recalled. Rodolfo says that he could not stand the cries of other residents. They became alarmed and “asked the Virgin to protect them.”

Testimonies like Rodolfo’s abound. The government, through the Ministry of Public Works has been on the ground working to restore roads, infrastructure and working with other departments to restore electricity, water, and support the communities.

The president of the D.R, Luis Abinader, has sent the Ministry of Public Works (MOPC) to the La Florida sector in the municipality of Higüey to help repair houses and roads that were damaged from Hurricane Fiona.

MOPC has been carrying out cleaning, disinfection, fumigation, delivery of mattresses, medicines, food and other tasks. The ministry has also been focused on repairing houses of the elderly, pregnant women and children.

The Ministry is also repairing the roads in the North Eastern provinces. The Deputy Minister of Supervision and Control of Public Works, Roberto Herrera, said that in compliance with instructions from President Luis Abinader and Minister Deligne Ascención, he carried out a supervision tour through different communities in the provinces of Duarte, Samaná and María Trinidad Sánchez to evaluate the damage caused by the atmospheric phenomenon.

While MOPC has been helping the communities clean up debris and restore infrastructures, neighbors have been fast at work trying to recover their businesses and homes.

Neighbors are Doing What they Can

“With brooms and buckets of water in hand, the owners of craft and food supply establishments were seen removing the mud to save their merchandise and work utensils,” reports Listin Diario. The businesses surrounding the river were destroyed and covered in mud from the rise in water that led to massive flooding.

On October 7th, the general director of the Santo Domingo Aqueduct and Sewerage Corporation (CAASD), Felipe Suberví, reported that the institution’s brigades had repaired the fault in the Duey’s drinking water distribution line.

The official indicated that the drinking water service was fully restored to hundreds of families in that demarcation, while noting that the CAASD technicians and teams worked uninterruptedly for more than 36 hours and completed the work at dawn last Friday.

“Our brigades worked tirelessly to solve the problem, in order to rehabilitate the service to hundreds of families from dozens of sectors of Santo Domingo Oeste and Los Alcarrizos in the shortest possible time,” detailed the official.

Government has repaired more than 10,000 homes affected by Hurricane Fiona

In an official statement published on October 11, President Abinader provided an update on recovery efforts. The administration has repaired more than 10,000 homes affected by Hurricane Fiona, which caused damage in 12 provinces.

In an evaluation meeting on the reconstruction work, it was also reported that 98% of drinking water and electricity services have been restored.

In addition, it was announced that more than 400 kilometers of access roads have been enabled, and a total of 30 cubic meters of debris have been collected. Over 250 heavy vehicles have been used.

In relation to the agricultural sector, the Ministry of Agriculture is delivering one thousand pesos to producers for each task of land affected by Hurricane Fiona.

Abinader declared in a meeting on October 11 that affected bridges will be rehabilitated, as well as the local roads of the impacted provinces.

Similarly, President Abinader ordered the repair of homes that were in poor condition before the passage of the hurricane. 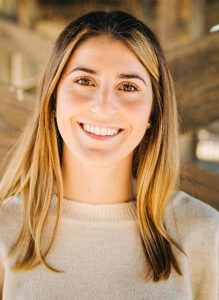 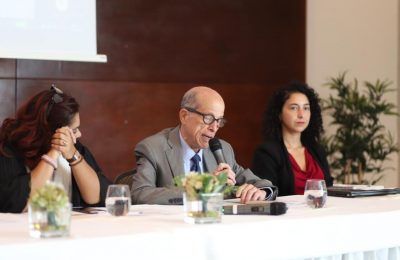 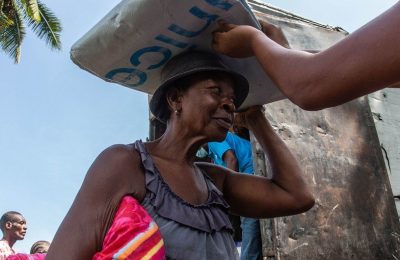