“We came to the US out of pure survival,” says Christy, an Immigration Writer with Latina Republic. She is an avid cross country runner, political science major and aspiring immigration lawyer who happens to be a DACA recipient. Christy’s family moved from El Salvador to the United States when she was five years old. For her and so many others, the constant debate around the DACA program’s future causes significant stress and uncertainty for the recipients and their families.

This June, however, the upholding of protections for LGBTQIA+ workers in the US was followed by another impactful Supreme Court decision, one that Christy says represents hope.

On Thursday, June 18, 2020 it was announced that Chief Justice John Roberts had cast the decisive fifth vote that would allow approximately 650,000 DACA recipients to continue living and working in the US without fear of deportation.

DACA recipients cannot apply for federal financial aid to help with the costs of higher education and only some states allow college students with DACA to pay in-state tuition, making the barriers to a college degree that much higher.

Further, DACA recipients are currently barred from a pathway to citizenship or the status of permanent legal resident. Instead, their futures are jeopardized when those in power try to end the program to begin deportation proceedings.

Because the original DACA program was created via executive order and was only meant for temporary relief, it is not stable, which Christy says is unsettling and stressful. Her biggest worry is that one day an administration will just take it away, like we came close to recently.

If DACA truly were to end, she says, “I would be left with nothing, and I would feel like I can’t prosper in this country. I would have a college degree and would not be be able to work legally.”

Christy’s family had to sell everything when they moved out of El Salvador in 2005, so they would have nothing to go back to. A deportation order triggered by the termination of DACA would mean going to a country where, for her family, it had become impossible to put three meals on the table each day, and where Christy says that it was too dangerous to remain. They had no choice but to go, she says.

Reflecting on her journey to the US, she says that it was inhumane. They were treated, like “food products” transported from trailer to trailer where they were packed without enough air.  She wants people to understand that she did not come to “take resources,” for no one would leave loved ones to transition to a whole new nation and language without valid reason.

Christy knows that despite hardships, it is important to celebrate the positive work of the Latino community. Even in elementary school, she would often say she wanted to be a lawyer when she grew up, and studied hard to make it to college. Christy reflects,

“I was fortunate to have come to this country and I am very thankful that I was one of the few who was able to make it to college. I was given access to higher education through a scholarship, and because of that I feel very passionate and devoted to give back to my community… I really hope to help low-income immigrant families, specifically, and fight for the freedom to remain in this country.”

Christy considers herself an American because her immigrant family contributes so much to the US, just as much as any other family, through paying taxes, working, and otherwise, enriching society. She and I both believe deeply that she deserves to be here just as much as everybody else.

DACA in context of the Trump administration

President Trump ordered an end to DACA in 2017, but the action was blocked by lawsuits in lower courts, only making it to the Supreme Court years later and in just a few months from the 2020 election. The Supreme Court found that the manner in which Trump tried to cancel the program was arbitrary and capricious (i.e. not justified) because there was not sufficient reasoning provided for the program to end.

However, the Supreme Court upheld that any US president does have the power to cancel the program, if there is justification for doing so.

President Trump dismissed the Supreme Court ruling and the one protecting the rights of LGBTQIA+ workers as “horrible and politically charged decisions” in a Tweet, using the decisions to call for a Republican controlled Supreme Court and for his reelection in November.

These horrible & politically charged decisions coming out of the Supreme Court are shotgun blasts into the face of people that are proud to call themselves Republicans or Conservatives. We need more Justices or we will lose our 2nd. Amendment & everything else. Vote Trump 2020!

The day following the decision, Trump tweeted that his administration would “be submitting enhanced papers shortly.” While unlikely that their status will change by the 2020 election, DACA recipients might again be in jeopardy if Trump is reelected and has more conservative justices on his side.

Trump’s long history of disparaging rhetoric against immigrants is proven false because Dreamers have made spectacular contributions to the US and towards their personal goals. Many have gotten advanced degrees, started businesses, as well as bought houses and become parents of children who are US citizens.

About 200,000 children in the United States are citizens with a parent who has DACA, so the implications of the program’s future must be considered from a standpoint of family unity.

Furthermore, 9 out of 10 Dreamers have jobs, with a large proportion serving in teaching roles as well as 29,000 people working as health care professionals to combat COVID-19. These roles are crucial given that the US faces a shortage of workers in both professions.

See below for a brief testimony from a health care worker on the frontlines.

For DACA recipients like Carmen, the Supreme Court decision to stop Trump from terminating #DACA is life changing, but the status remains vulnerable. Without question, a permanent legislative solution for Dreamers and TPS holders is needed. pic.twitter.com/PGoXONO24b

Despite politicians turning the DACA decision into a wedge issue, the Pew Research Center’s nationwide poll found widespread support among American adults for granting legal status to immigrants who were children when they were brought to the US in an unauthorized manner.

Although Democrats are relatively more likely than Republicans to hold this view, there was still a 74% approval rating for a pathway to a permanent status. Further, 3 out of 4 Americans also favor granting any undocumented immigrant person, not just someone who arrived as a child, this same measure.

How to join the movement in support of DACA recipients

The morning of the Supreme Court decision, Christy woke up to a call from friends celebrating that DACA remains protected. Although everyone was happy, she says there was also a sentiment of wondering what the future holds.

Christy knows that now, more than ever, it is so easy to give in to feelings of helplessness and powerlessness. What she wants us to take away from the decision is that “it represents hope to build momentum for our movement and the next steps would be to fight for a pathway towards citizenship.” She asks for you to use whatever privilege you have, to remain vigilant and to raise awareness.

Calls have been made for the Senate to pass the Dream Act so that DACA recipients can have a pathway towards citizenship. The future remains uncertain if the Republican party stays in power. We must ride the wave of support handed down by the Supreme Court and continue defending DACA against the threats posed by the Trump administration.

What can you do to contribute?

You can talk with your networks about the importance of voting in 2020 or vote if you have that ability. You can share this article to raise awareness about the personal impact of policy decisions. You can make a contribution to the nonprofit United We Dream to chip in for the $495 renewal fee. Christy believes that “it’s important for us to unite and remain united so that we can fight for a better world,” and Latina Republic shares that belief. Choose how you want to support Dreamers and join us.

People’s lives and dreams hang in the balance. 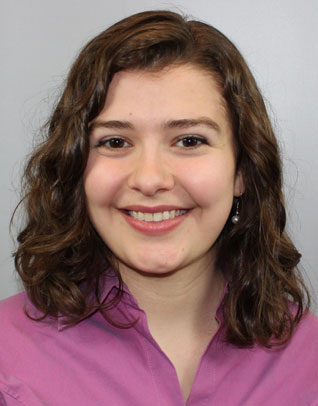 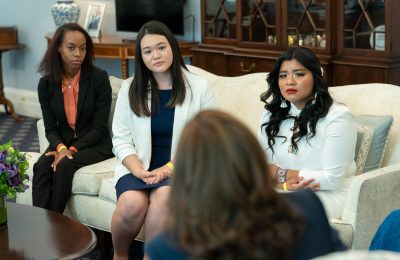